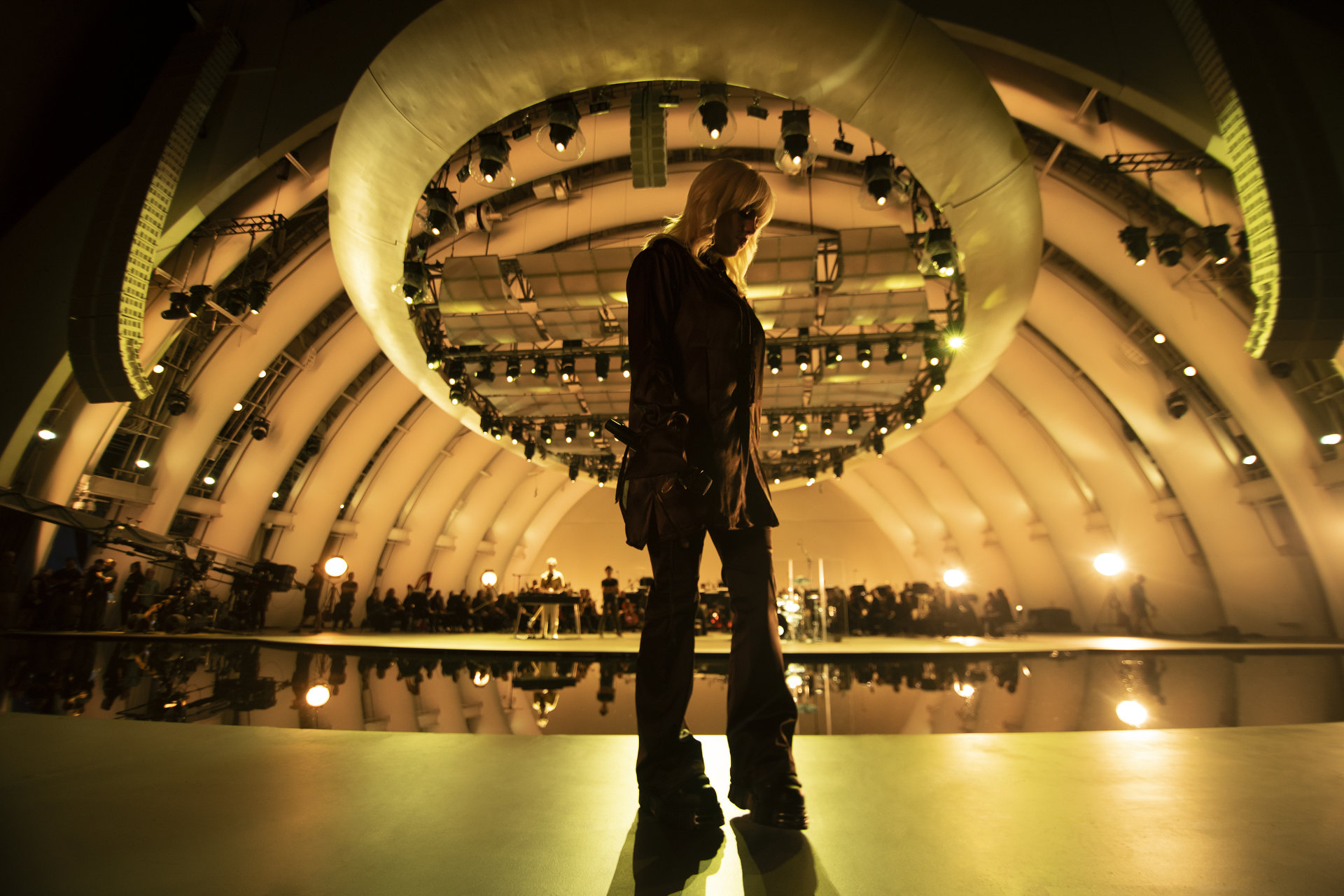 Who would have figured that we’d be getting two Billie Eilish documentaries in a single year? On two different streaming services? Not us, honestly, but then again, you can’t really overestimate how much people love her, and, with the release of her new record, Happier Than Ever, it makes sense she’d release an accompanying concert film, made in COVID times by Robert Rodriguez, the man behind Desparado and Alita: Battle Angel. It’s basically her playing her new record to an empty Hollywood Bowl, but if anybody can make it cinematic it’s that pair. Disney+ will be the project’s home, and the House of Mouse dropped a trailer for the film earlier on Tuesday.

“Grammy Award-winning and chart-topping artist Billie Eilish will make her Disney+ debut with ‘Happier Than Ever: A Love Letter to Los Angeles,’ a cinematic concert experience. Fresh off the heels of her brand-new album, ‘Happier than Ever,’ the Disney+ original will feature an intimate performance of every song in the album’s sequential order — for the first and only time — from the stage of the legendary Hollywood Bowl.

Directed by Robert Rodriguez and co-directed by Oscar-winner Patrick Osborne the special will also include animated elements, taking viewers on a dreamlike journey through Billie’s hometown of Los Angeles and its most iconic backdrops. ‘Happier than Ever: A Love Letter to Los Angeles’ will feature guest appearances from singer-songwriter FINNEAS, the Los Angeles Children’s Chorus, the Los Angeles Philharmonic conducted by Music & Artistic Director Gustavo Dudamel, and world renowned Brazilian guitarist, Romero Lubambo.”

Happier Than Ever will hit Disney+ on September 3, and we’re sure that it’s gonna drive all the kids mad between viewings of whatever new What If? cartoon is out that week. Actually, here’s a better idea: take any issue of the OG What If comic and replace the name of the superhero in the title with ‘Billie Eilish’ and tell us what you get. We got lucky and got “What If… Billie Eilish And Her Howling Commandos Fought World War II in Outer Space?” which, well, is pretty cool.