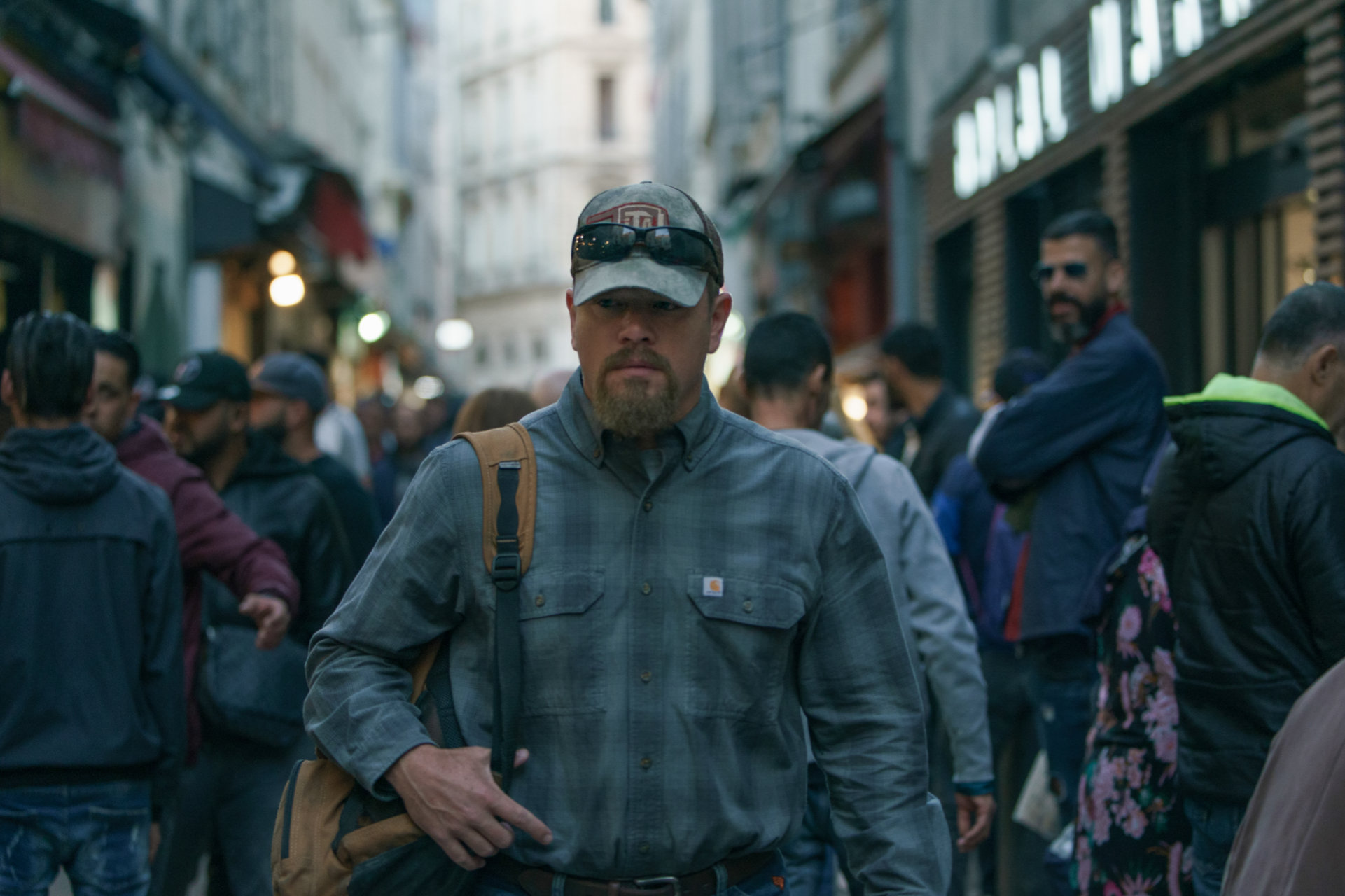 There’s an uncomfortable tension at the heart of Tom McCarthy’s new “thriller” Stillwater that initially feels like it might be a conflict between money men and artists, but, upon further reflection, I think it’s a conflict wholly within the director himself. An actor-turned-filmmaker, McCarthy built his bona fides as a director of gentle dramedies, making relatable and empathetic films like The Visitor and Win Win before running aground when he went too broadly whimsical with The Cobbler, but, obviously, it was Spotlight that put him in the history books. It was a classical journalistic procedural, whose attention to minute detail was enlivened by good writing and solid character work on the part of his actors, which carried over from his previous work. Now, I haven’t seen Timmy Failure: Mistakes Were Made (I hear it’s quite good, though), but Stillwater feels like an overt attempt to bridge these two periods of his career into a single cohesive work. The problem is that the procedural/thriller aspects are genuinely boring compared to the film’s human side, where its often heartwarming-yet-hurt sensibility is often engaging and, surprisingly, wise, and it’s a goddamned shame when the airport mass-market paperback side of it starts to emerge like Mr. Hyde if Mr. Hyde wrote like a lobotomized Lee Child.

Actually, that’s an underserved slight towards airport thrillers, most of which would avoid nakedly strip-mining their premise from tabloid headlines — it’s closer to Law and Order if Law and Order weren’t pulpy brain-teasers with a solid recurring cast whom you can glom on to. This true story, of course, is the Amanda Knox affair, which is being litigated once again, this time with Abigail Breslin playing her analog. The differences that Stillwater brings to the table are the locale (with sunny Marseilles substituting for Perugia here), the relationships between the victim, perpetrator, and accused, the “moral” outcome of the case, and if her father fancied himself Liam Neeson in Taken with absolutely none of the ass-kicking skills required to write the checks he wishes he could cash in his daughter’s name. The one decent thing about the film’s plotting is how piecemeal it doles out new details about the case, and it throws you in the deep end, to the point where it’s genuinely seemed to confuse marketing people: This, contrary to the advertising and synopses, isn’t the first time that Bill Baker (Matt Damon) has visited the Cote d’Azur.

Bill’s daughter has languished in a French prison for four years at the beginning of Stillwater, as her legal team has filed appeal after appeal and exhausted every meaningful option. Her situation has kept him from putting down roots and taking solid full-time work — he once worked the rigs, back before the drugs and the booze and his wife’s death and before his daughter went to college and her roommate got murdered — but, after a new lead appears in the case, he decides to stick around in France and pursue his options. A professor at one of the local universities says he knows someone who says she knows a kid who claimed, at a party, that he’d killed a girl and gotten away with it, and his daughter’s legal team says that it’s a bad idea to follow this path, that it’s ultimately better to accept that you’re just gonna have to do the time rather than to cling to false hope. But false hope’s the American Way, after all (or, perhaps, Forlorn Hope) and Bill decides to track down some suspects. Meanwhile, he forms a solid friendship with a local actor (Camille Cottin) and her young daughter (Lilou Siauvaud), as the former helps him with his quest, and the latter begins to teach him the language.

For the first 45 or so minutes, it’s nearly upsetting how much of a paint-by-numbers prestige film this is. Sure, the film looks good, shot vividly by McCarthy’s Spotlight DP Masanobu Takayangi, and it’s devoid of the normal “shithole country filter” stuff that you’d see try to unnecessarily spice up the visuals here. It’s acted reasonably well, with Damon’s terse politeness emphasizing how deeply uncomfortable Bill is his surroundings, no matter where he is, which others might mistake for a sort of brazen confidence — it’s not that. It’s self-limiting despair, where politeness is both a reflex and a defense mechanism, meant to placate and disarm (and you’ll see this get turned into an offensive weapon when the time comes). But then Bill overplays his hand and gets the shit beaten out of him by some tough scooter-riding youths while he’s literally going door-to-door in the hood trying to find this kid, and the whole enterprise shifts on its axis and becomes something interesting and unexpected.

This shift is the point in which a lot of folks who have seen the thirty-second teasers for Stillwater on ESPN or during Olympics coverage will begin to feel that they’ve been ripped off, as this begins a nearly hour-long detour that sees Bill get his shit together in his new city and strive to make his life better. He, in a way, attempts to defy the cause-and-effect gravity that has forced his family into such awful circumstances time and again, and it’s when Damon’s performance truly starts to open up. We are able to see a different side of him, for once, where he’s allowed to be a tender-hearted person rather than a staunch single-minded protector and/or flawed symbol of American stoicism, as he falls in love and begins to become a surrogate father for the actor’s daughter while working construction and doing building maintenance. It’s here that the old McCarthy begins to emerge, and it’s a wonderful reminder of how light his touch can be: scenes move slower yet they begin to pop a little more, and his actors genuinely seem to enjoy the break from the dour proceedings that bookend this blissful respite.

But much like Christ’s visions of a life with Mary Magdalene in Last Temptation, this stuff is idle fantasy (though it’s not a dream sequence, of course), as Bill ultimately regresses to the mean, and in the process, breaks every single tenant of his established character as we’ve come to know him in the last two hours. Much like a double-DQ in a wrestling match, it’s a bullshit finish, made up of nothing more than sin-of the-father parallelism that stresses how much of a mark every single person is who has faith in another given that anyone else could turn out to be a con man if you let them in close enough. It’s the easy way out because there’s a much thornier question the film is willing to pose but unwilling to explore in any other way but regret: At what point do you cut someone loose, and is it ever ethical to do so if that time comes, especially if they’re supposed to be your “purpose” in life? Is it still betrayal? Stillwater only has enough faith in its characters for them to be able to consider these queries in hindsight, and, as such, it misses its chance to be anything more than a middlebrow mediocrity.