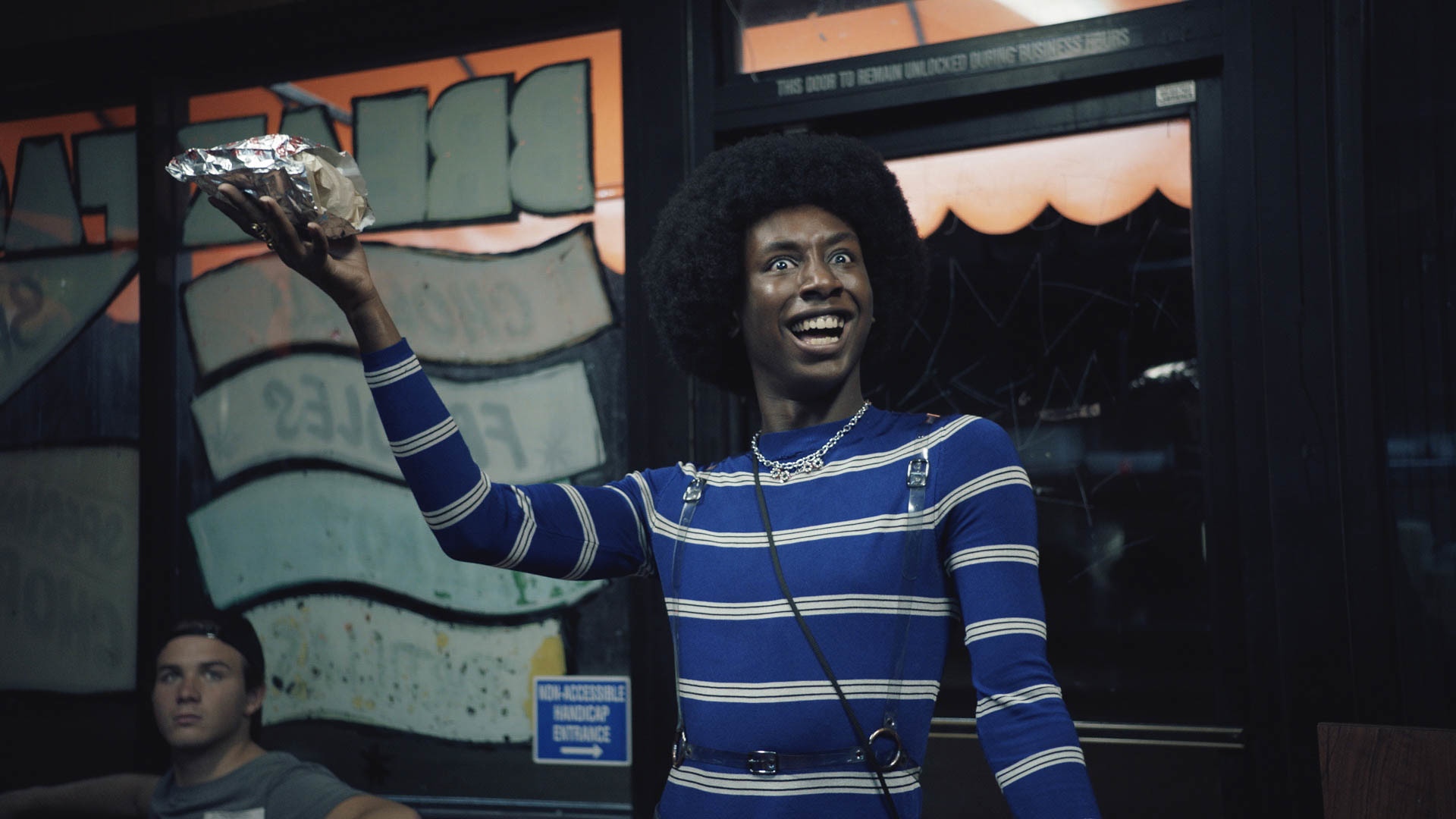 Editor’s Note: This review originally ran as part of our 2020 Sundance Film Festival, and we’re re-posting it with the film’s widespread release; click here for our complete coverage from the fest and also check out our Sundance archives.

If there was one knock on Carlos López Estrada’s Blindspotting, which drew widespread acclaim back when it premiered at Sundance 2018, it was its ending, where Daveed Diggs’ character confronted the officer who, days earlier, had shot an unarmed man in front of him. It was supposed to be a cathartic and intense encounter, but it was let down by the execution: Diggs delivered it in the form of a slam poem, which, well, didn’t necessarily mesh with the beautifully realized and lyrical filmmaking that had come before (apparently the whole of Blindspotting was supposed to be like that, comprised of poetry in a musical-like fashion more so than it already was). But that criticism didn’t deter Estrada, who has doubled-down on that approach, and his latest film, Summertime, is a loosely-connected series of vignettes united texturally by its form. Performed by a large ensemble of amateur actors, it is a slam poetry musical, a Los Angeles city symphony; and a whole lot of how you’ll feel about that depends on how much you enjoy the form itself.

Set over the course of a summer day on the hot LA streets, Estrada’s floating camera tracks a number of individuals as they go about their days, immersed in their own peculiar dramas. One (the incredible Tyris  Winter) is scouring the sidewalk cafes and restaurants in search of the perfect cheeseburger, like they used to make in the neighborhood before it got gentrified, writing Yelp reviews along the way. Another (Maia Mayor) is stalking her ex, who has seemingly paired up with a new beau, lamenting all of the things she could never be. A pair of street-corner rappers (Austin Antoine and Bryce Banks) find themselves on the path of superstardom after a chance encounter with a major label producer (and their career trajectory is one of the film’s best gags). A couple (Amaya Blankenship and Walter Finne Jr.) heads to therapy in order to work out their issues through the power of music, their psychiatrist having authored a book entitled “How to ‘Rap’ Battle Your Demons.” There are countless others to mention, and I’d prefer not to spoil all of them for you, given their ability to delight and frustrate in equal measure. We never get very close to any of these characters outside of their moments in the spotlight, and I really missed Blindspotting’s character development — charisma can only get you so far.

A quick confession: I’m not the world’s biggest fan of slam poetry, though I do have a ton of respect for the craft and its masters; I’ve always connected with slam poets when reading their work (like Saul Williams’ said the shotgun to the head), and not so much when it’s orally delivered. I’m not opposed to it cinematically, either; the performance by Busdriver at the conclusion of Flying Lotus’ Kuso remains one of my favorite moments in extreme cinema over the last decade. But I would be lying to you if I didn’t mention that Summertime was fighting just a little bit against my biases for its entire runtime, and Estrada presents these monologues to us in a very plain fashion, either content just to document them, as to not break up the rhythm of the moment, or as spiced-up slow montages full of “beautiful” cinematography that, at its best, reminds one of Malick’s fisheye modern mythopoetical stylings and, at its worst, reminds one of a Subaru commercial. That said, the performers do an admirable job presenting their compositions in a soulful and strong manner, and I’m genuinely sure that this film will attract a massive audience whenever it gets widely released.

Summertime has positioned itself formally as sort of the anti-La La Land, giving a physical embodiment to what those who felt excluded from that film’s very, very white take on the City of Stars (and I say this as a person who genuinely liked the film). Where Damien Chazelle fell in love with the glamor of Hollywood itself and documented it in a magical-realist fashion filtered through the lens of old studio musicals, Estrada aims for a punky, Spike Jonze-styled tribute to the folks outside the studio lots, who are struggling and loving in equal measure, trying to find some way to heal and move on from their various traumas, to grow and present themselves to the world as their truest selves. It’s an admirable film, one that’s incredibly difficult to dislike, and as I write this, I can feel whatever frustration I had with the movie melting away. It knows itself and it is confident in what it is trying to do, and swings hard for the fences. What’s not to like about that?