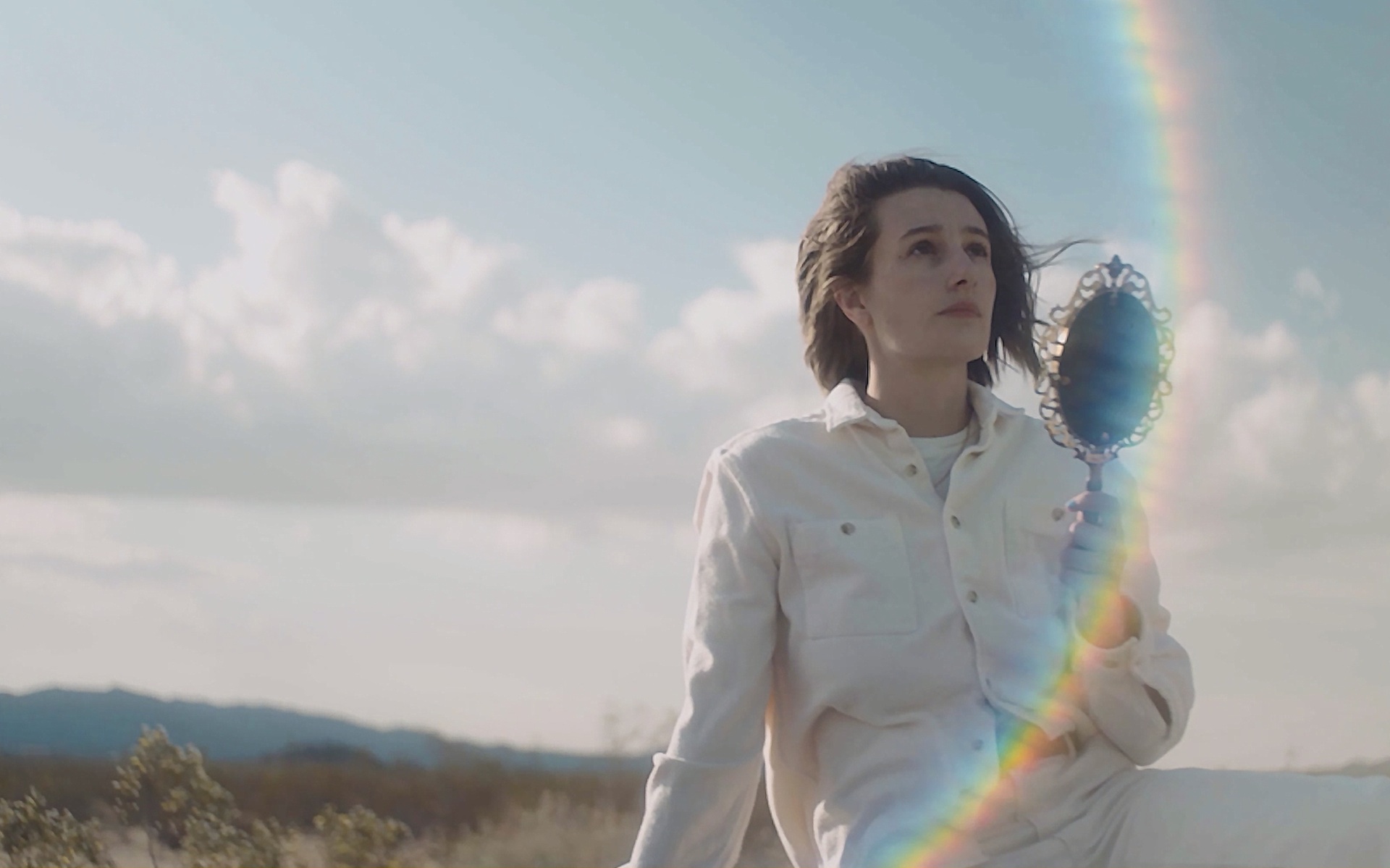 Whether we’re at Minot Beach in Scituate, Devereaux in Marblehead, or anywhere down the Cape, we’ve often sat in the sand on the edge of the ocean and pondered our meaning in the world. It’s one of life’s great pleasures, and the calming quality of the ocean seems to have an inspirational component to it. For Slothrust and their massive new single “Once More For The Ocean,” it was a beach up in New Hampshire that fueled the LA-by-way-of-NYC band, led by Brookline native Leah Wellbaum.

Right off the bat, the driving “Once More For The Ocean” has all kinds of Song of the Summer vibes, and its glisten reflects not only a love and need for the ocean, but a deeper understanding of mysticism and our never-ending quest for meaning.

“This song felt like it was handed to me by the ocean,” Wellbaum says. “It came to me when I was sitting on some rocks and staring at one of my favorite oceans in the world, on Star Island off the coast of Rye, New Hampshire. The bass line arrived first, and then the melody and the lyrics came at the same time. I didn’t have an instrument with me that week so I sang what I had into my phone notes and carried on with my day, almost forgetting about it entirely.”

She adds: “I have a unique relationship with this song because it felt like it came through me more than from me, though I recognize that really there is no difference. It is not the easiest song to sing or explain. At times I even wondered if it might be suited for a different artist. However after sitting with it for a while I have come to the conclusion that this song was meant for me and it is about the search for a greater consciousness in times of chaos. For me that feeling of oneness often shows up when I am spending time in nature.”

The track will be featured on Slothrust’s forthcoming fifth album, Parallel Timeline, out September 10, 2021 via Dangerbird Records. And it arrives with a music video that echoes its maritime themes.

“This video is about an epic search,” Wellbaum says. “So many times when we are searching we are looking outside of ourselves because it is the only way we know. But the truth is, what we are really looking for lives within. It is ourselves that we are looking for. Sometimes we just aren’t quite sure which self it is, or how to get there. I have always been interested in the intersection of destiny, and free will. Do these things exist? Can we ever really know them? Since this song came to me while I was staring at the ocean, it only felt right to explore this idea with nature, and also with mirrors.”

Take it with you below.