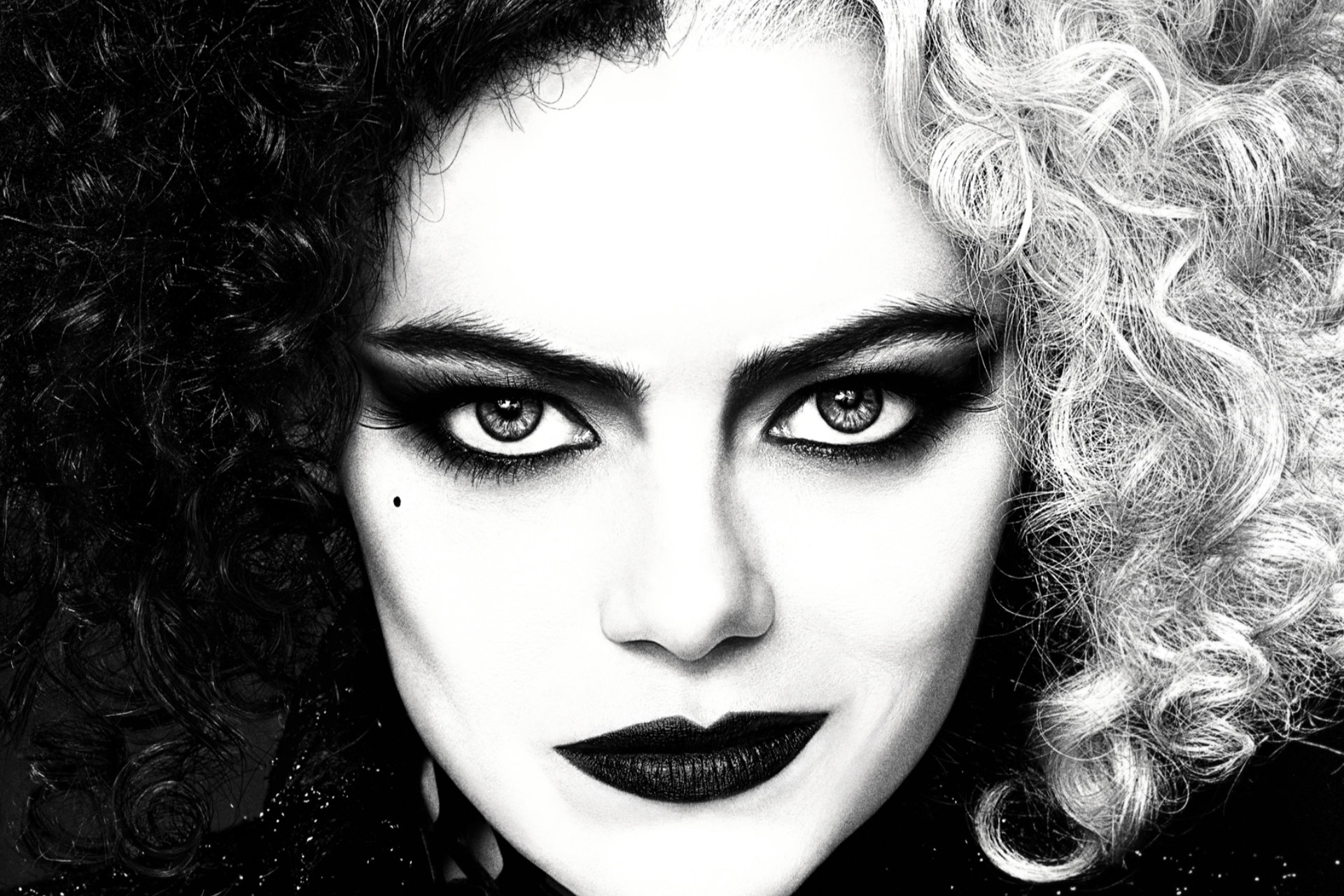 It’s no secret that I really, really don’t like the live-action remake-oriented path that Modern Disney has descended down, where their catalog of intellectual properties has been strip-mined for all the nostalgic and cash value that they represent, and the fabulous and colorful worlds of their cartoon features are reduced down to ugly shells of their former selves. It is an incredibly cynical business, indulging, supposedly, what the consumer wants from their time at the theater in the most patronizing possible fashion, but there are, in fact, moments where this ethos works out in everyone’s favor. Sure, it may take us a few years of garbage to get to that point in the cycle each time, but there have been a few solid films that have emerged from this remake cycle that actually feel like they might have come out in a banner year during the studio’s mid-’90s heyday. David Lowery’s Pete’s Dragon is one of them, Tim Burton’s Dumbo is as well, and Craig Gillespie’s Cruella is another. Color me stunned.

Before you read that as a full-throated endorsement of the film, let me just clarify one thing: I prefer Modern Disney to be interesting rather than good, because “good” automatically rubber-stamps the blandest, safest bullshit possible and ensures that much, much more of it will be made in the future. There’s plenty wrong with Cruella, from its bloated runtime (there is no good reason for a movie based on a 79-minute animated feature to run a whopping 134 minutes); to its bizarre characterization and redemption of a Disney villain who we all sort of decided was a boss bitch at some point before we remembered, you know, she wanted to kill dogs for a coat in the original films; and, of course, whether or not this film’s primary reason for existing, merging the worlds of Disney and ’70s punk, was a good idea in the first place. But, being a hodgepodge of odd themes, tones, and genuine fun, it is an odd duck of a film, and I just can’t help but be slightly endeared by that. Call it the benefit of low expectations or attribute it to my skepticism of the purity of English Punk or whatever you want, but it’s definitely not fucking Aladdin or The Lion King.

Given all the comparisons online over the last few months, it might surprise you to learn that Cruella shares more plot-wise with Batman Begins than Joker, given that our character here is cast in a wholly positive light in an origin story that sees her as a fashion vigilante on a mission to dethrone the designer that wronged her. See, Cruella (Emma Stone) — originally known as “Estella” — grew up as an exceptional and fashionable child among normal people in working-class England, though she was grounded by the love and care of her kindly mother. That idyll ends on one tragic night when her mother falls to her death following a confrontation with The Baroness (Emma Thompson), a popular and wealthy fashion magnate, and Estella finds herself an orphan, having lost a prized necklace — a family heirloom — in the process. She makes her way to London and befriends two street urchins, Jasper (Joel Fry) and Horace (a fantastic Paul Walter Hauser, re-teaming with Gillespie following I, Tonya), whom she spends the rest of her childhood robbing and scheming with.

But one day, Estella goes on the straight and narrow, taking a gig working at a large department store, though she’s cleaning toilets rather than designing window displays like she wants to. It’s at the store that, after one drunken night and a vandalized window display later, she’s brought to the Baroness’ attention, and she’s hired on the spot to join her design house. The pair quickly bond over their talent, but their relationship falls apart once Estella discovers that the Baroness has her necklace from all those years ago. So, she enlists her pals Horace and Jasper to do one last con: they’re going to steal the necklace, by hell or high water, and they’re going to do so in a memorable fashion. It’s in Estella attempting to create a distraction that “Cruella” truly comes into being: she makes a flashy, fiery entrance at a black-and-white party, wearing one of the Baroness’ old red dresses, and embarrasses her host. But it’s not enough, and the robbery fails, and Estella learns something about the Baroness that she can’t quite abide, so she launches a prank war against the designer, upstaging the older woman at all of her public appearances in increasingly creative ways while maintaining her day job working alongside her.

So, based on all of that, yes, I do see this as a bit more of a traditional superhero-inspired origin story, especially with the whole “dual identity” thing, and because her bad behavior is often challenged and corrected by those around her. She has a growth-oriented character arc, which is uncommon in villain narratives — they’re ultimately tragic, which has a fairly obvious terminus — and it is perhaps more evocative of the revisionist approach that Disney took with the Maleficent films. Like those movies, it’s the central performance that really holds everything together, and Stone is, once again, a delight, even if she mangles the accent like it’s being attacked by the Baroness’ dalmatian guard dogs. She’s just so theatrically goofy that it’s hard not to be compelled and endeared by her, and her talent at self-effacing physical humor keeps the character’s darker side from fully overwhelming the rest of the picture. There’s a fascinating tension here between “family-friendly entertainment” and “dark villain story,” and I believe that Stone herself is what keeps it from trodding the same bizarre ground as the Maleficent films and keeps it more in line with something like Gore Verbinski’s Mouse Hunt, which tread upon similar ground and wasn’t met with the same sort of exasperated skepticism, perhaps because we better tolerated dark-themed kids films back then, or, more likely, the profit motive was more easily concealed behind Verbinski’s artistry and its lack of attachment to pre-existing IP.

But if a director is going to make a deal with the film world’s “de vil” (make sure to tip your waitress, folks, I’ll be here all week), one should at least hope that they spend their money properly. Thankfully Gillespie has here, and, along with his assembled crew, he has crafted a wonderful blend of initially ill-combined aesthetics. There’s a ton of care put into Cruella‘s hyper-stylized ’70s London, as it draws upon our cinematic memories of the period where the colorful excesses of the ’60s had given way to economic, political, and (chiefly for our purposes here) stylistic calamity, as well as the historical record itself. The sets here are impressively realized, especially Thompson’s sterile fashion house, designed with a cold, clinical precision that contrasts well with the Carol Reed-like collapsing brick building that Cruella and her pals transform into a bohemian home (I can imagine the look of Oliver! informing a lot of the design choices made there). If you’re expecting to find a treatise about Callaghan-era England incorporated into the text in any other way than a mere suggestion, well, you’ll be disappointed. There’s a conversation to be had about whether or not it is a good idea to strip these aesthetics of their wider sociopolitical context (especially since the aged punks themselves have done such a great job at doing that very thing for us), but one can at least acknowledge that they are pleasing and well-made.

That attitude should also be extended to the film’s true star: Jenny Beavan, the film’s costume designer, who takes an ill-fitting concept and transforms it into something memorable. The idea of turning De Vil into a Vivian Westwood knock-off was, to say the least, a bizarre one, especially for a company like Disney, but Beavan’s costumes genuinely make it work. This is a film in which everyone, including the extras, is dressed in vivid period styles, and it takes a lot of creativity in order to craft outfits that enable even the plainly-dressed leads to stand out from the stylish crowd, and she does a swell job of it. When Gillespie serves her up a meatball with one of his big confrontation/prank scenes between Stone and Thompson, she swings at it like she’s Vladimir Guerrero Jr. in the Home Run Derby, and knocks each one over the wall in memorable fashion. Cruella’s debut in proper society is, to say the very least, fiercely realized, and one of her pranks involving a garbage truck is practically realized with a wonderment uncommon to modern Disney. It is bravura work, though the role it plays, much like sound design in this week’s other big release, may frustrate those who prefer their production departments to disappear quietly into the film’s overall framework.

So, for the most part, Cruella manages to distract one from its origins and its purpose with a sense of style uncommon to these Disney Live-Action Remakes, and it, shockingly enough, isn’t a horrible way to spend an evening. In fact, you probably should watch this if you have young children and want to watch interesting things with them rather than the same old pablum they attempt to force-feed you. It’s weird to advocate for one to support any product that this megacorporation puts out, but I tend to think of it like the “Mr. Boogedy challenge,” which was a semi-viral phenomenon that occurred right when Disney+ first debuted. If viewership metrics and cash money are going to determine what gets made by the studio in the future, we should vote wisely. That was the assumption behind the challenge after all, when a whole bunch of film nerds, newly-subscribed to the streaming service, clicked and watched an obscure Disney TV horror movie in order to see if that bump in viewer interest would fool the Mouse into greenlighting a reboot in the future on that false pretense. It was never going to work, but it was fun to try. Conversely, watching Cruella may not be fun for you, but it might actually work in changing the ethos guiding these films’ creations. And if it doesn’t, hey, at least those costumes ruled.