By Michael O'Connor Marottaon May 17, 2021
ShareTweet 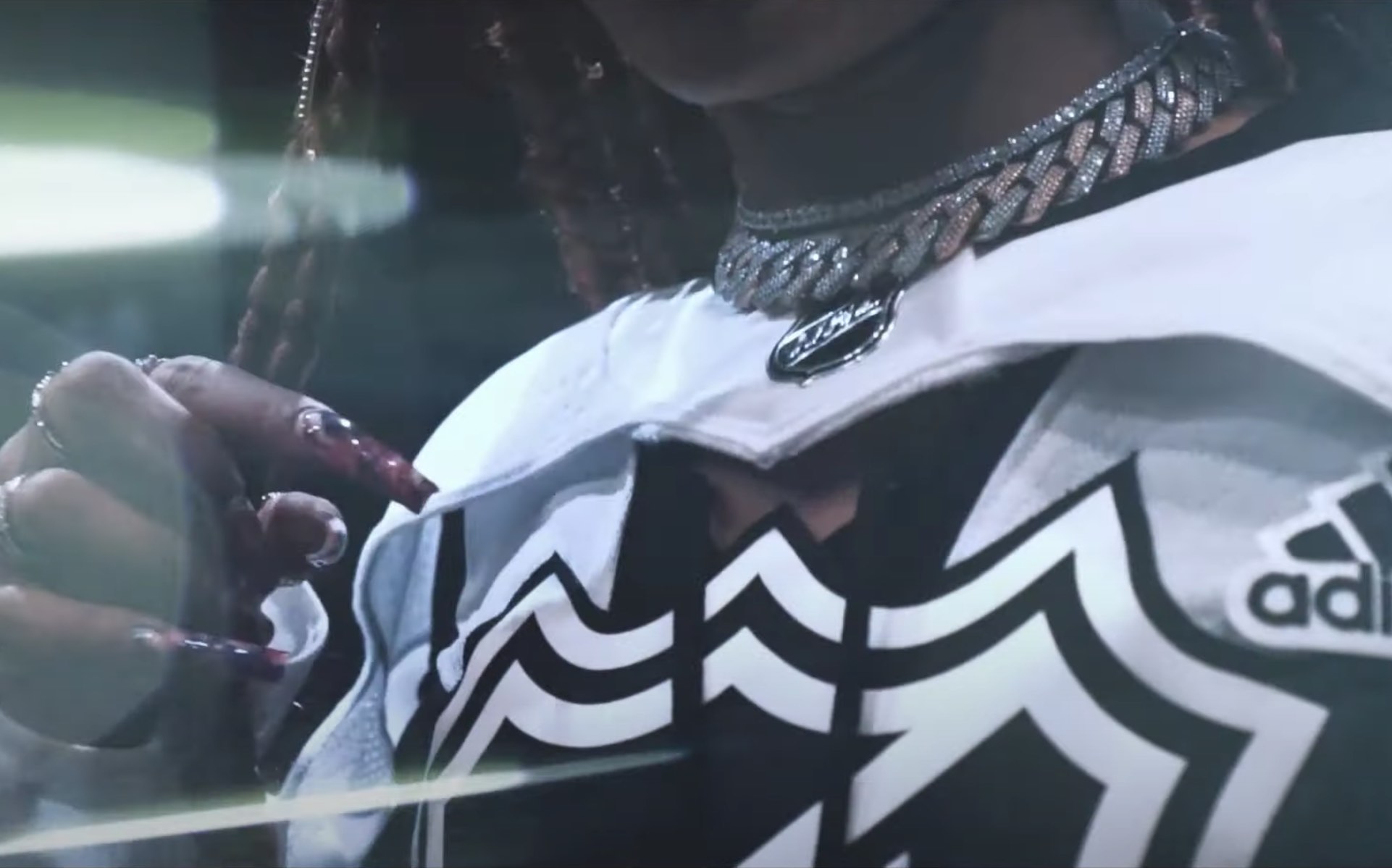 When the Boston Bruins hit the ice tonight against the Washington Capitals in Game 2 of the East Division semi-finals, the black n’ gold will suddenly have home ice advantage in an unlikely spot: The National Hockey League’s new highlight package video is soundtracked by Medford native BIA, and a reworked version of her hip-hop banger “Skate.”

According to ESPN, BIA’s track is one of about 15 the NHL will use this postseason on broadcasts and social media to get fans revved up. But as the NHL playoffs begin to heat up after a wild weekend of action, it’s “Skate” that’s earning all those fire emojis across social media. The league dropped the video on Monday (May 17), and it takes our recent Boston Thriving subject — as well as the 2020 Boston Music Awards’ Artist of the Year and Hip-Hop Artist of the Year recipient — to a whole new level as teams compete for the Stanley Cup.

“For years, it’s been classic rock and hard rock. And I think we’re discovering that it’s not like that,” NHL chief content officer Steve Mayer tells ESPN. “Our audience likes pop music. Our audience likes hip-hop. And there are other audiences that love that music who might come and watch us. We’re not trying to do something that doesn’t feel natural. I love the way hip-hop cuts to our highlights.”

And “Skate,” which name drops the Stanley Cup in its original lyrics (“Wrist Stanley Cup/I can show you how to skate”) certainly does that. ESPN reports that the NHL approached BIA and Epic Records about reworking its lyrics, supplying a list of hockey and playoff references to further align the track with the sport and make it pop. BIA, born Bianca Landrau, was happy to oblige, hitting the studio and cranking out the fine-tuned, hockey-themed “Skate” with the forward tenacity of Brad Marchand.

“They gave me some things I should know, and I did a little research of my own,” BIA admits to ESPN. “And I came out and we had a hockey smash… It’s so cool, man. I just love music for bringing people together. Different sports. Different cultures. Being able to do that is the biggest blessing in the world.”

Lace up “Skate” below. And real talk, where can we get that NHL jersey she’s wearing?