‘Wrath of Man’ Review: Jason Statham and the big payback

By Nick Johnstonon May 7, 2021
ShareTweet 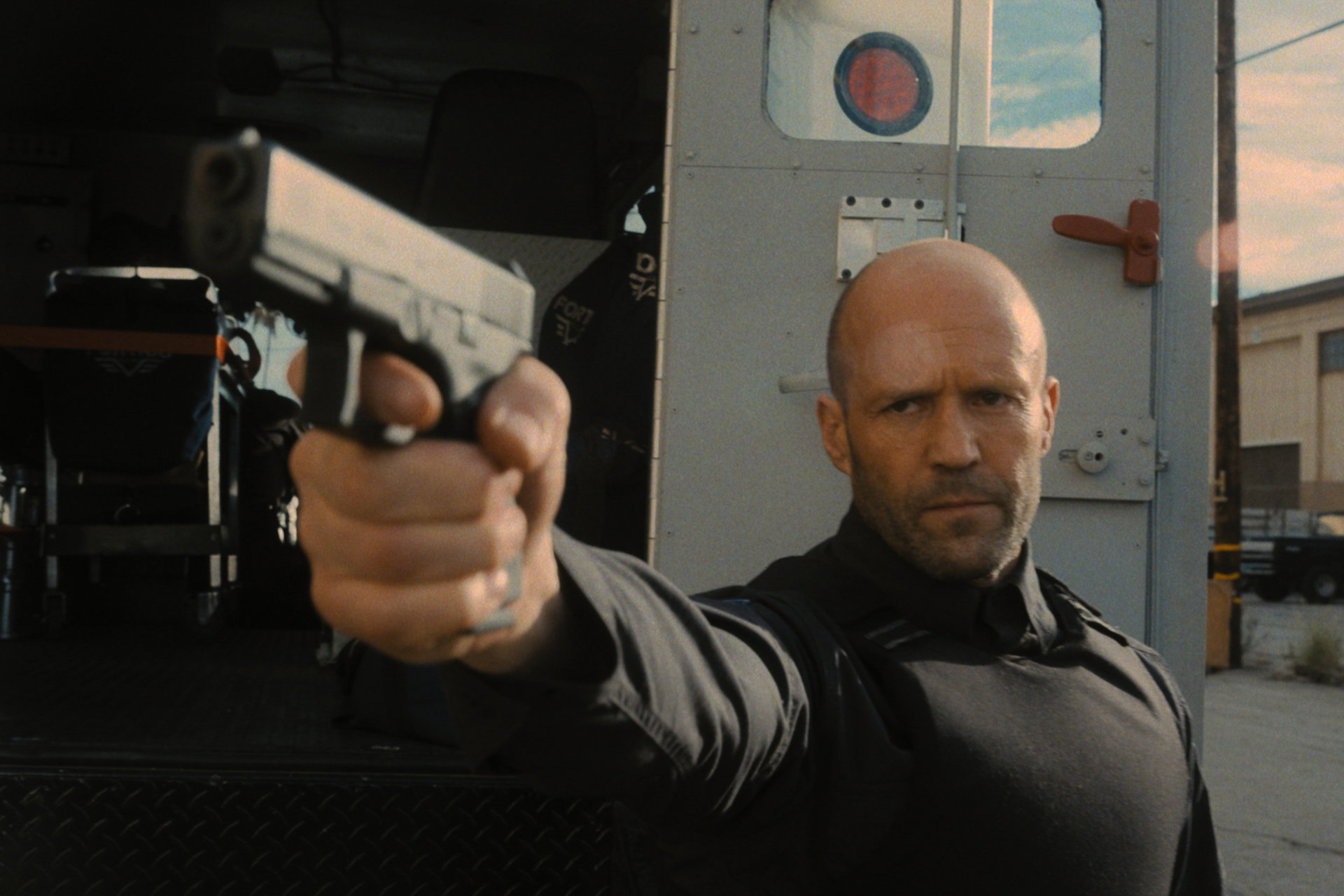 Blame it on the Hays Code expiring or that a supposed secret armored-car lobby group has lost its influence on studio executives, but it’s certainly whiplash-inducing watching both Robert Siodomack’s ’49 film noir classic Criss Cross and Guy Ritchie’s new Wrath of Man in the same week. Though they’re similar in a number of ways — meticulously planned robberies, the double-and-triple crosses, The Man Inside — one very clear way that they’re different is how they handle the vehicle in the question itself. In Criss Cross, the thieves assume robbing an armored truck is impossible until Burt Lancaster supplies them with enough information to convince them otherwise. In Wrath of Man, those motherfuckers are cracked open left and right like beers at a Fourth of July barbecue (whatever will Brinks do now?), all a part of a grand and sprawling crime narrative that begins small and, instead of going home, goes about as big as one can without sliding into the true Big Dick Energy of Gerard Butler et al in Den of Thieves. It’s a pretty good time.

What I mean when I say that Wrath of Man “begins small” is that it starts with an easy-to-understand high-concept logline — What if the latest hire at the Armored Truck company proves himself to be a ferocious badass with a bunch of dark shit in his past? — and expands it until it covers several shores, a few different crime syndicates, a bunch of rival armored-car robbing gangs, and nearly the entire spectrum of genre-movie dudebro trauma. Hell, it’s even divided into four chapters, a touch I would find almost unbearably precocious outside of Tarantino or genuine art cinema, but Ritchie’s wise enough to flip the perspective every single time it continues along. But, as stated, we begin with that simple plot line: H (Jason Statham), a former armed guard for another security company, is hired by a new company in desperate need of image rehabilitation after two of their guards were killed during a brazen daytime robbery in the middle of the street. He’s aloof and stoic, pissing off some of his new coworkers while entrancing others, but, clearly, he’s the kind of person who makes an impression whether he intends to or not.

But, soon enough, he proves his worth to the men around him and his company: On one fateful day, his truck gets robbed. In a bravura display that goes well beyond his middling scores on the company’s internal tests, H mercilessly murders each man in the six-person gang, and his fellow guards begin to wonder what’s up. After a brief investigation, his superiors clear him for a return to the field no matter if he’s got that whole “PTSD” thing or whatever, and his legend continues to grow and grow amongst his co-workers. Of course, they don’t really know him. They don’t know that he’s got his hands in a whole series of dark pies, that he is a pretty shadowy figure behind everything else, and they might want to watch the fuck out. Seems he’s got a hole in his heart — he’s irrevocably connected to the robbery through no fault of his own — and the only way he can find himself any peace is to fill it with the suffering of the men who did him wrong. That’s only a summary of maybe the first half-hour, just in case you were curious, and man, it goes some places.

Statham’s in full blunt-object mode here, at his most outright Bronson, with his cool terseness carrying him from scene-to-scene when words can’t. He’s a hollow man given purpose through grief, trying to ensure that his last real tether to humanity means something in its absence — his single-minded focus almost calling to mind Gully Foyle’s in Bester’s The Stars My Destination (if only we could have heard him mutter “Scott Eastwood, I kill you filthy.”) — and that means this role lacks some of the wit that otherwise defines his presence as an action star. Still, he’s cool, and this silence allows for his co-stars to do most of the heavy lifting for him, which is an added plus given the director’s fantastic decision to plumb the depths of underutilized genre actors to fill out his cast. Case in point: Ritchie’s oft-ridiculous dialogue has never sounded better than it does when it’s in Holt McCallany’s musical baritone, whether it’s him bullshitting with his boys in the locker room (in which he describes a dumb co-worker as a man who “has to stick his tongue out of his mouth” when he writes) or guiding Statham through his new employee training. But let’s just list out some of the folks who get a decent portion of screentime here: Raul Castillo, Andy Garcia, Jeffery Donovan, Laz Alonso, Niamh Algar, a genuinely weasely Josh Hartnett (which rules), and even fucking Post Malone. If you’ve ever wanted to throw a coaster through your TV after having been forced to watch one too many of the dude’s Bud Light commercials during Sunday Night Football, well, you might find this one fun.

Of course, any movie made after 1995 about robberies in LA will owe a tremendous debt to Michael Mann’s Heat, and the operative question should not be “why are they making this movie again?” (answer: Because it is a good way to make a good movie), but rather “what new are they bringing to the table?” Den of Thieves brought the Peckinpah-bastard aesthetic to throw the conventions of the slick Mann gangster to the wind, which proved irresistible for a certain type of degenerate viewer like myself, and Wrath of Man does something similar. Instead of doubling down on that formula, it imports a generalized Eurocrime aesthetic — primarily echoing the non-Giallo crime thrillers from the wild ’70s on that continent — to the point that one could start fan-casting what a version of this might have looked like had it rolled into cinemas in, say, ’73. It makes itself manifest in fun ways — Ritchie’s movement-oriented editing in Statham’s training sequence, the way he films Eastwood’s eyes, a bizarro porno set which our characters find themselves on, and even the final scene, where one could practically hear the Morricone score undercutting the punchy dialogue — and is the thing that keeps much of Wrath of Man from feeling warmed over or a half-hearted echo of better periods in Ritchie’s career. It’s fun, goddammit: Fun to see where it goes, fun to see how the complicated heists unfold, fun to see whatever tricks the director still has up his sleeve as you reach the terminus. And, yes, that can be enough.