‘Star Wars: The Bad Batch’ gets a good second trailer 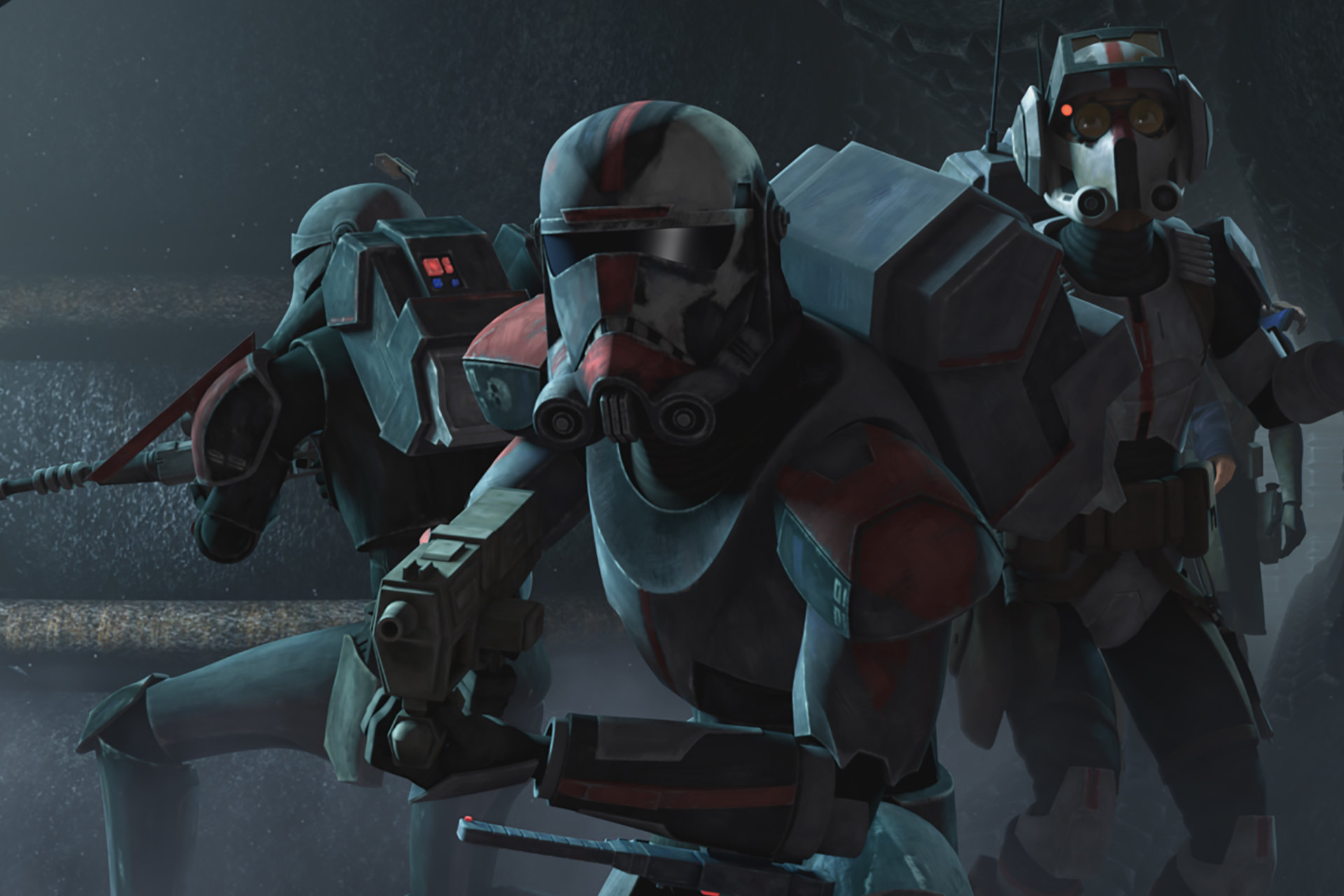 After years and years of trying, we somehow made it through the entirety of Star Wars: The Clone Wars over the course of a few weeks in winter. And you know what? Like most people who eventually manage to make it through the dregs of that show’s first two seasons, we came around on it in the end, especially during the fantastic final season that was released last year. Who knew that, after cringing our way through the theatrically-released premiere back in 2008, we’d eventually come to love Ahsoka Tano and all the clones? But back to the point: It was in that final season that we were introduced to the mean muggin’ motherfuckers of Clone Force 99, otherwise known as The Bad Batch, and we finally understood why everybody was so hyped after that Disney Investor Call trailer dropped.

Well, we’re only a few weeks out from the show finally hitting screens everywhere, and, fittingly, Disney released a brand new trailer for Star Wars: The Bad Batch on Tuesday afternoon. Yes, it’s animated. Yes, it’s like Clone Wars, and all of them are voiced by the same dude, who we imagine must have gone nuts by the end of that season’s recording sessions. But, after all that, it’s still pretty cool.

“‘Star Wars: The Bad Batch’ follows the elite and experimental clones of the Bad Batch (first introduced in ‘The Clone Wars’) as they find their way in a rapidly changing galaxy in the immediate aftermath of the Clone War. Members of Bad Batch — a unique squad of clones who vary genetically from their brothers in the Clone Army — each possess a singular exceptional skill that makes them extraordinarily effective soldiers and a formidable crew.”

The first episode of Star Wars: The Bad Batch hits Disney+ on — you guessed it — May the Fourth, and its premiere will be a whopping 70-minutes long before normal half-hour episodes begin on May 7. You’d think Lucasfilm would have learned a lesson about trying to make Clone Wars features as introductions to their TV shows, but hey, maybe the second time will be much better. Most likely, in fact.