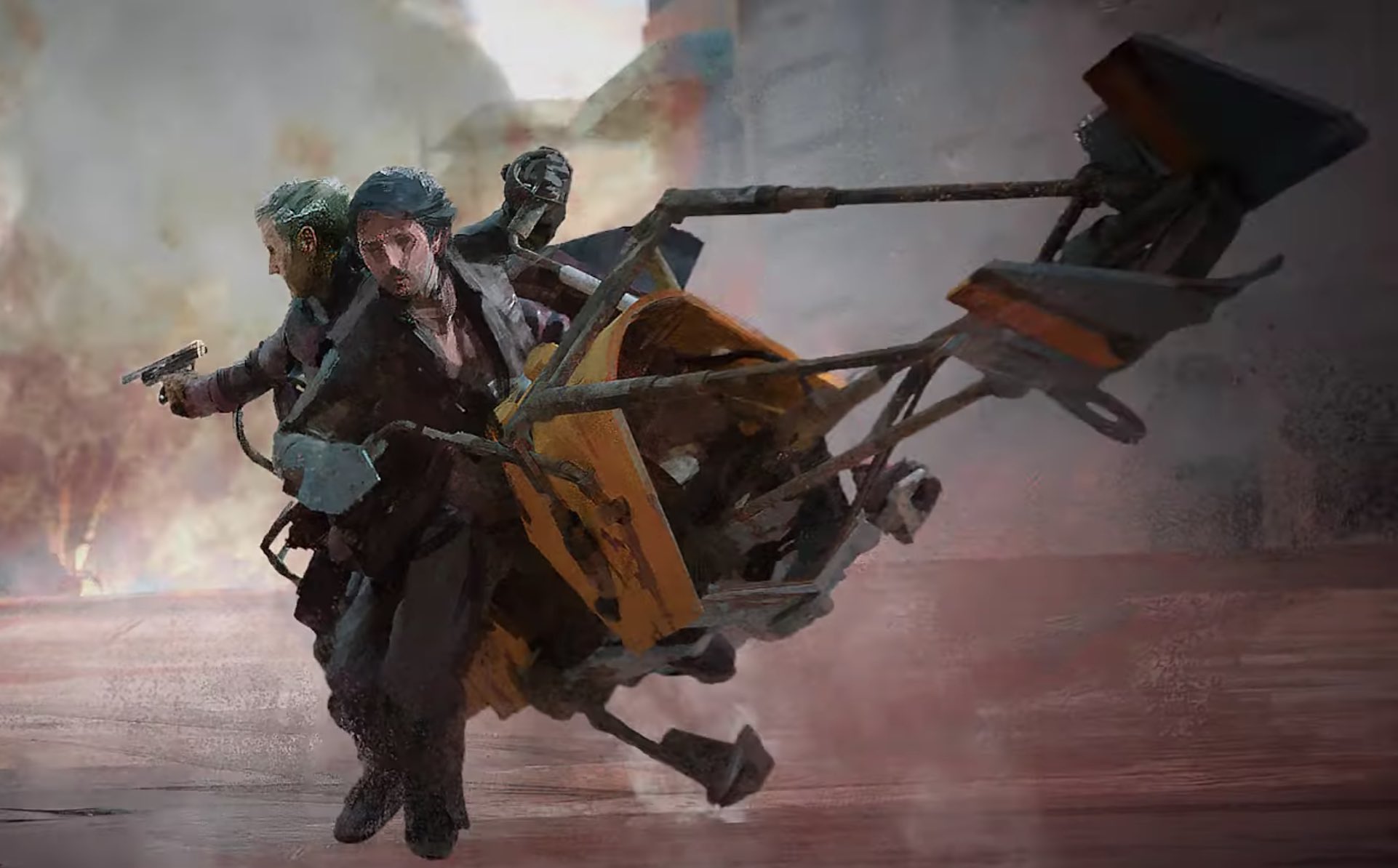 You know it’s been a historically shitty year for the entertainment industry when lots of people — even some normal folks — were excited for the Walt Disney Company’s Investor Day presentation, which took place on Thursday (December 10) as a live-streamed event on the megacorporation’s website. Normally only the truly hardcore film journalists pay attention to these presentations, but given the overwhelming boredom one is faced with on a day-to-day basis in the hours in which they’re not working, there was a lot of curiosity surrounding it. Surprisingly enough, that massive amount of interest was rewarded, especially for fans of Star Wars and the Marvel Cinematic Universe, and unsurprisingly enough, a whole lot of stuff is headed to Disney+ over the next few years, though Disney is still dead set on putting films in theaters when it’s safe enough to do so. Oh, also, you’ll have to pay more for Disney+ soon — it’s going up to $7.99 a month in March 2021.

Here’s a summary of the most interesting things shown in the presentation, though it’s not a total recap (we didn’t think you’d care too much about a Will Smith travelogue series called Welcome to Earth, so…):

Boy, Kevin Feige had a lot to announce. A new trailer for Wandavision. A first-look preview and a release date (March 9) for Falcon and Winter Soldier. First-look footage from Loki, which will drop in May. A trailer for the animated series What If?, releasing this summer. A sizzle reel from Ms. Marvel‘s pre-production, and release windows for it and Hawkeye (fall and winter 2021, in that order). Moon Knight was briefly acknowledged, and a fun detail was revealed about She-Hulk — Tim Roth will return as the Hulk villain Abomination, which is fun. Both of those were announced previously and should release in 2022. And, finally, four freshly-announced streaming releases, comprised of three series and a special. The set of series are comprised of Ironheart, starring Dominique Thorne as Riri Williams (essentially Iron Man, Jr.); Secret Invasion, which will see the return of Samuel L. Jackson’s Nick Fury and Ben Mendelsohn’s Talos (from Captain Marvel) in a storyline that was teased at the end of Spider-Man: Far From Home; and Armor Wars, starring Don Cheadle (which is dope as well). There’s also The Guardians of the Galaxy Holiday Special, which sounds like a lot of fun, and is not Guardians Vol. 3. Who knows when those will come out, but we’re looking forward to them.

Not too much was announced on the theatrical side of things, though even a literal fuck-ton of information could not compete with all of that Disney+ news. For starters, Marvel confirmed that they won’t be recasting Black Panther, though they still plan on releasing the sequel in 2022. Ant-Man and the Wasp: Quantumania is coming from director Peyton Reed, and will feature Kang the Conqueror as the villain as rumored, played by Jonathan Majors. Captain Marvel 2 is happening, and it’ll feature Ms. Marvel in it in some fashion. Rachel McAdams is returning in Doctor Strange 2, and that film will tie in with Spider-Man 3 and WandaVision, as expected. Christian Bale will be playing fuckin’ Gorr the God Butcher in Thor: Love and Thunder, which is a huge surprise. Blade is still happening. Black Widow, Shang-Chi, and Eternals are all still theatrical-only when they hit next year. And, in the (second) biggest theatrical news of the night, Jon Watts will be directing a new Fantastic Four film, which will serve as the springboard for their introduction to the MCU. Fun!

To start, Kathleen Kennedy delivered what were essentially progress reports on the productions of the Disney+ shows in a galaxy far, far away. Brief trailers were shown for Andor, the Rogue One prequel about the adventures of Diego Luna’s morally-compromised Rebel spy (hitting screens in 2022), and the Clone Wars-spinoff The Bad Batch, which looks pretty close to done, all things considered (easy to keep animating during a pandemic, we guess). One was shown for Obi-Wan Kenobi (a bad title!), though those like us who watching through the public live-stream weren’t able to watch, but they were given some fantastic news: Hayden Christensen will be reprising the role of Darth Vader for the series, which takes place 10 years after Revenge of the Sith.

Kennedy then announced six new Disney+ shows, some of which revealed a little about Mando season 3. First were The Rangers of the New Republic (we guess Dave Filoni got good notes about his acting debut) and Ahsoka (starring Rosario Dawson), both of which are spinning off from The Mandalorian, and are being produced by Jon Favreau and Filoni. All three shows will converge in a “climactic event,” though it’s unclear if that’ll be a crossover series. Next announced was a Lando series, which will be showrun by Dear White People and Bad Hair director Justin Simien, for which they showed another privated concept reel. There are two animated series in the works: Star Wars: Visions, which is comprised of anime shorts done by filmmakers a la The Animatrix, and A Droid Story, about C-3PO and R2-D2, coming from Lucasfilm’s own in-house animation studio. Finally, there’s the most intriguing project, The Acolyte, a new live-action series from Russian Doll creator Leslye Headland, which will be set at the end of the “High Republic” era, which we’ve never seen on film before.

Lucasfilm also has Willow in the works for D+, as previously reported. But their theatrical slate is interesting. Indiana Jones 5 is still on the way from James Mangold, still starring Harrison Ford, and that should land in theaters in 2022. They’re working on an adaptation of Children of Blood and Bone for the big screen. Taika Waititi’s Star Wars project is currently being written, and then the biggest theatrical announcement of the day hit like a photon torpedo: Patty Jenkins will be directing a Rogue Squadron film, releasing in 2023. At the same time, the director dropped this dope video, which should make your heart soar a little bit.

Pixar’s got some fun stuff coming up for D+, including a series about Dug from Up (secretly the best Pixar character), another fucking Cars TV show, and an original show called Win or Lose, which sound pretty cute — it’s about a middle school softball team’s season, which is a fun approach for the studio’s first wholly original animated series. But it was the theatrical side of things that were of the most interest. First, Luca is still hitting theaters next summer, which is excellent. Then they announced Turning Red, an adorable-looking film from Domee Shi, the director of Bao, about a young girl who turns into a Red Panda when she gets too hyper. But the biggest news of them all was Lightyear, a brand-new Toy Story-adjacent film that aims to tell the story of the Buzz Lightyear character that inspired the toy we’ve seen on screen. The space ranger will be a test pilot in this iteration of the story, and he’ll be voiced by Chris Evans, which is fun. They even dropped a first-look still from the film as well, which is pretty great. Both of those releases will arrive in 2022.

We’ll give you the theatrical news first: Raya and the Last Dragon is going to do a hybrid theatrical-and-VOD release on March 5, which is pretty understandable given the state of the country at the moment. Jungle Cruise is still on for next summer theatrical-only. A new animated film called Encanto is on its way in fall 2021, with music by Lin-Manuel Miranda. The Little Mermaid and The Lion King prequel are still both headed to theaters at some point in the next decade. But a whole lot of other stuff is moving to Disney+, and it seems like nearly everything that isn’t an absolute slam-dunk for the studio will be pushed over there, especially as more Fox content makes its way to the multiplex post-pandemic.

This includes the Emma Stone-led Cruella, Tom Hanks’ Pinocchio, David Lowery’s Peter Pan & Wendy, a sequel to Enchanted called Disenchanted (which will have Amy Adams in it, surprisingly), A Three Men and a Baby reboot starring Zac Efron, Sister Act 3, Hocus Pocus 2, Kenya Barris’ Cheaper by the Dozen remake, an animated Night at the Museum film, a new Ice Age film, films about the lives of sports stars Chris Paul, Giannis Antetokounmpo, and Keanon Lowe, and a Chip and Dale: Rescue Rangers live-action/animation hybrid film starring Andy Samberg and John Mulaney. All of these films will hit the service at some point over the next four-or-so years, and most of them haven’t started production yet.

Noah Hawley (Legion, Fargo) will be directing an Alien series for FX on Hulu. It’ll be set in the near future, on Earth.