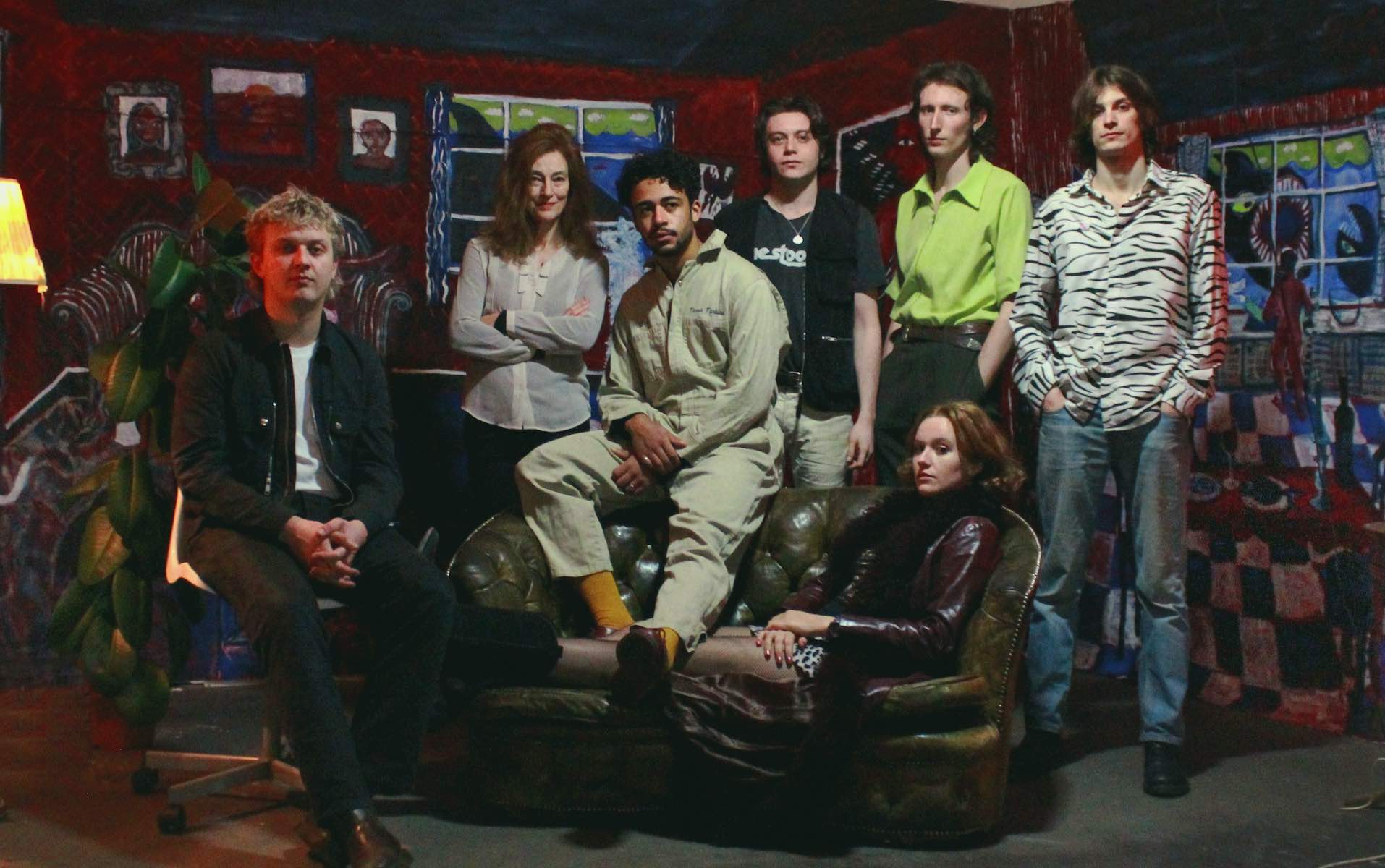 We’ve been under lockdowns and quarantines so damn long, a weird feeling of excited emotion just washed over us as we gazed upon the press photo for This Is The Deep. Seeing seven people gathered together stirred up something deep inside us; nature is truly healing. But as it were, the East London septet aren’t merely models, they’re a psych-pop collective who after two years of building a cult following over the Atlantic are now set to release debut EP The Best Is Yet To Come (Part 1) on May 21 via B3SCI Records.

Leading the charge is a cool and confident stomper called “Glass,” which hits the digital platforms today (March 26). The track has a weird sort of timelessness to it, and even, uhhhh, samples a dramatic reading of Humpty Dumpty (apparently).

Here’s what the band have to say about it: “The song is about the idea of falling and the feeling of something foreboding happening as the result of over-reaching. There are different ways to interpret the lyrics; they can apply to the excesses of late capitalism, our unbalanced position with the natural world, as well as a relationship between two people. The focus on falling and impact could also be seen to be a metaphor for a human position of being in some way always falling towards something, some conclusion or unknown destination. Maybe ultimately the fall is part of what we are, as Buzz Lightyear says maybe we’re not flying but ‘falling with style’.”

The video for “Glass” was directed and animated by the band themselves — more members, m ore talent to work with! — and finds a CGI muscleman trapped in a dystopian city through a television set.

“It’s kind of a retelling of Humpty Dumpty but instead of an egg there’s this bald muscly action-man figure and instead of falling and cracking he gets sucked into another world through his TV”, is how This Is The Deep sum it all up. “He falls into a plasticine Loony Toons inspired landscape haunted by a mysterious cowboy with pop-corn eyes where pop-corn clouds hang in the sky. We’re interested in working with the tropes of visual media and popular culture and how they affect the way we perceive and ultimately construct the world. David Greaber’s quote that ‘The ultimate hidden truth of the world is it is something we make and could just as easily make differently’ sums this up for us pretty well.”

Roll sevens with This Is The Deep below.