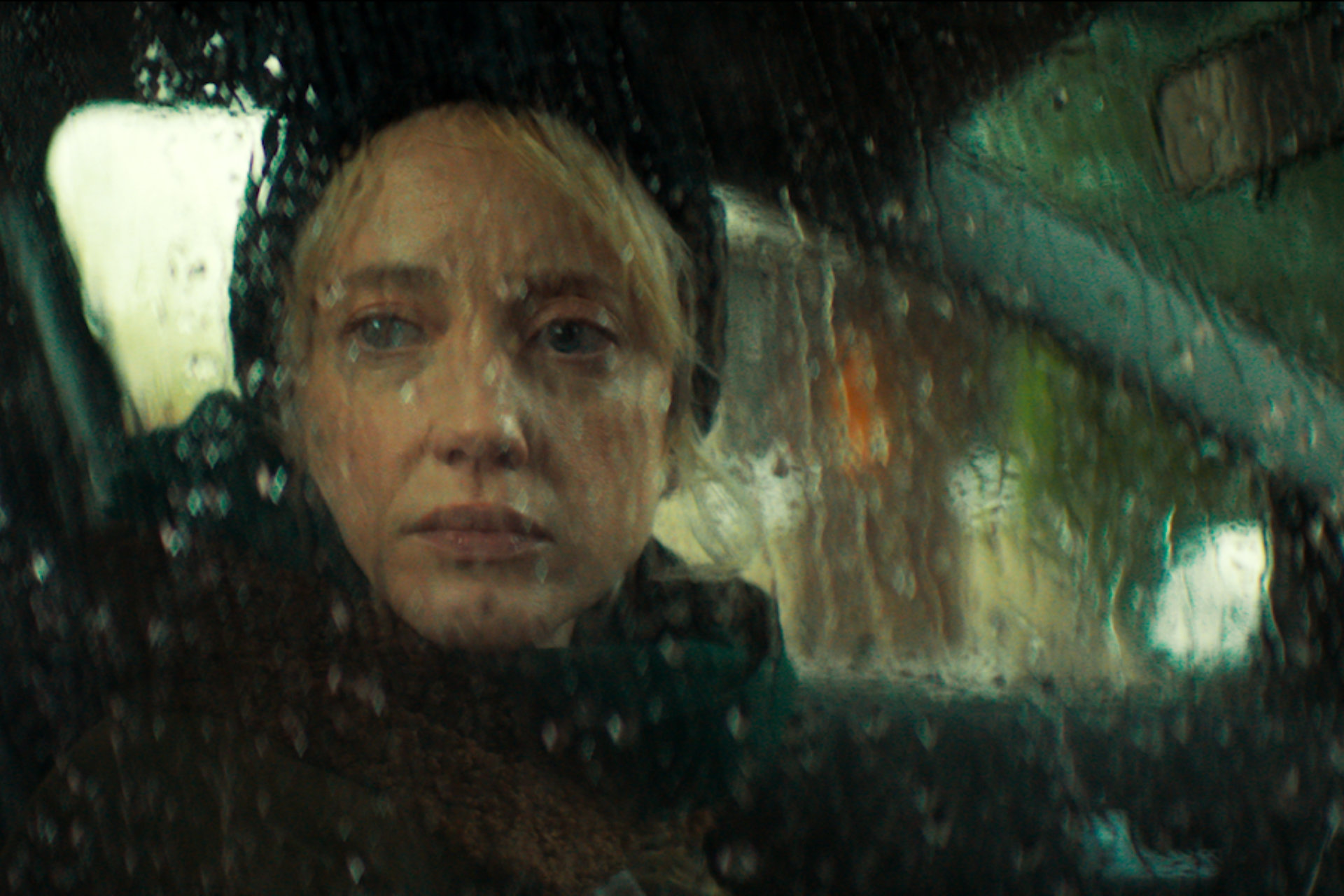 Among the worst aspects of grief, the emotional triggers one becomes susceptible to following a loss are nearly the most ruinous. You’ll have a perfectly normal day, and you’ll see someone whose face ever-so-slightly resembles that of a lost loved one or says something in the same manner that a friend once did, and, like a thunderclap, you instantly feel the lack you felt in the moments when the loss was still fresh before it was scabbed over by time. But if a number of those make manifest in the right way at the right moment inside the same person, one might start to wonder if you know, it could, perhaps, be possible that the Buddhists were right: perhaps your loved one has been made flesh once again. Here Before, Stacey Gregg’s solid psychological drama (I hesitate to call it a “horror” film or thriller because it’s significantly more contemplative than that), delves deep into such an impulse and mines some genuine emotion from it.

Laura (Andrea Riseborough) is a working-class mom living with her husband and son in a small duplex in Ireland. She spends her days at her job, or taking care of her son, or cleaning fresh flowers, and replacing the dead ones at her daughter’s grave, gone far too soon at way too young an age following a horrible car accident. As mentioned above, she’s still suffering, but grief is no longer the central focus of her life, having become a fibromyalgia-like chronic condition to be managed. Yet the arrival of a young family in the next door sets off a whole new flare when the couple’s daughter starts to make odd connections, suggestions, and statements whenever she’s with Laura — say, telling her that “she’s been here before” near the road where her own daughter died — and, naturally, the bereaved mother begins to question her sanity. Could she really be her daughter, returned to her from the ether by some miracle? Or is Laura just nuts, driven to madness from grief?

Riseborough, one of our greatest and most fearless modern actors, is phenomenal here, fully immersing herself into this character without ever resorting to the sort of patronizing bullshit that defines similar films. It feels like you could encounter a woman like Laura drifting about the aisles in your local supermarket, and though she smiles at you when you pass, you can tell that there’s a dark sadness underwriting her every move. Perhaps it’s the distance from this tragedy that enables her to perform with the naturalistic manner she displays here — after all, she’s built up enough of defense not to weep openly at small reminders of her daughter — but her slow descent into considering the possibility that this girl may have some psychic connection to her lost love one or may even be her feels very honest. It’s just tremendous work and might be the kind of kitchen-sink performance to force non-genre critics to pay attention to just how great she is at what she does.

Gregg has a solid command of tone and pace, assisted by smart characterization and Riseborough’s skill — even though the film is barely 83 minutes long, we get a full sense of who Laura is and who, prior to all of this tragedy, she was — and though it moves slowly, Here Before never wears out its welcome. It’s wrapped up just a little too neatly for my taste, in which the goings-on are over-explained in order to fully exonerate several of the characters, but it’s significantly more interesting and messy than where one might have gone with this had they indulged their more theatrical instincts. And, in our trauma-and-grief-laden media landscape in the Trump-and-COVID era, it’s nice to see a rough reflection on how it genuinely feels for one to go through a painful loss without it being reduced to a trite plot point on the way to a longer destination or a justification for one’s style.