Saddle up with Idris Elba in the ‘Concrete Cowboy’ trailer 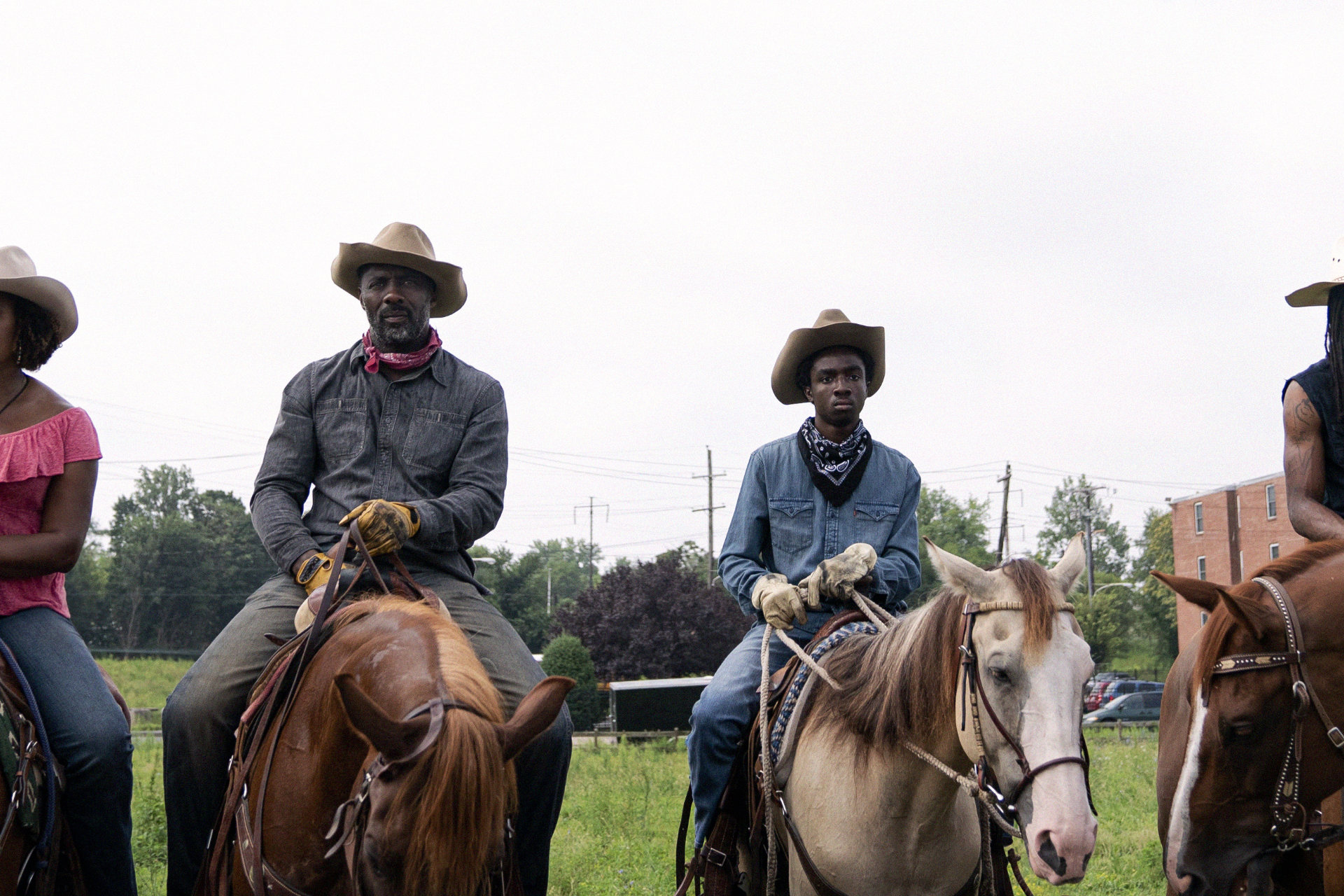 One of the pleasant surprises at last year’s virtual edition of the Toronto International Film Festival was Ricky Staub’s Concrete Cowboy, which starred Idris Elba and Caleb McLaughlin as father-son urban cowboys fighting gentrification in Philly. We were happy to find out a few months back that it had been acquired by Netflix, and we’re even happier to share with you the trailer that the streaming giant dropped for the film on this lovely Tuesday. Go ahead and set some time aside in April to watch this one, because we think you’re gonna dig it.

So, mount up like you’re a regulator and take a look:

Here’s a synopsis (though you could always just go and check out our review from TIFF last year if you really wanted to):

“When 15-year-old Cole (‘Stranger Things’ actor Caleb McLaughlin) is expelled from school in Detroit, he is sent to North Philadelphia to live with Harp (Idris Elba), his estranged father. Harp finds solace in rehabilitating horses for inner city cowboys at the Fletcher Street Stables, a real-life black urban horsemanship community that has provided a safe haven for the neighborhood residents for more than 100 years. Torn between his growing respect for his father’s community and his reemerging friendship with troubled cousin Smush (Jharrel Jerome), Cole begins to reprioritize his life as the stables themselves are threatened by encroaching gentrification.”

Concrete Cowboy hits Netflix on April 2, and if you’re in the mood for tales of black cowboys and gunslingers, we highly recommend you check out the curated collection of Black Westerns available for streaming on The Criterion Channel. There are some fantastic films there, featuring works from directors like John Ford, Gordon Parks, and Sidney Poitier, and you’re liable to find something you’ll truly fall in love with on there as you wait for this to hit that other streaming service.