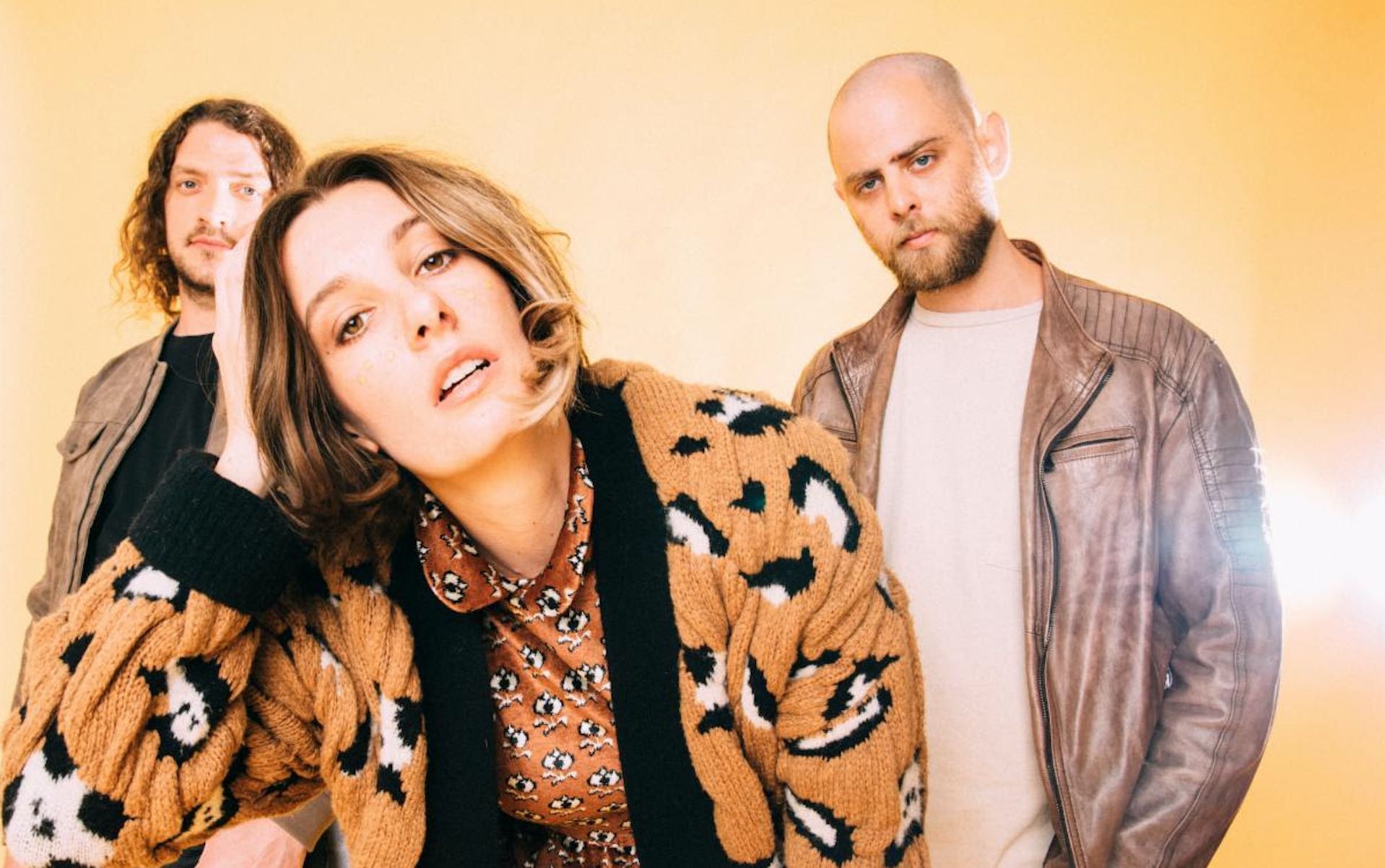 A new single from Slothrust called “Cranium” hit our hearts, minds, and playlists this week, and it’s all about the various ways we serve up love. But it serves up a lot of things on its own time, and the gripping, bluesy track concludes with a long, drawn-out guitar solo from bandleader and Brookline native Leah Wellbaum. We’d say it’s a bit of a curveball from the trio, but by now, we’ve learned to expect the unexpected when it comes to the shape-shifting sounds and approaches of Slothrust.

“I think of ‘Cranium’ as an absurd mating ritual dance by one of those beautiful complex birds with iridescent tail feathers,” says Wellbaum. “Except instead of feathers I am holding family heirloom tweezers and my hands are coated in honey. It’s sweet, but incredibly uncomfortable and definitely overbearing.”

“Cranium,” which officially hit yesterday (February 24) via Dangerbird Records, is the band’s first new music since 2019. “The song is about wanting to serve love but not knowing the ‘right’ way to do so — often offering too much, or something unwanted entirely. It is a promise to love both absurdly and impossibly with a heavy sprinkle of pain… I knew right away that I wanted to end this song with a long, emotive guitar solo in the style of Funkadelic’s ‘Maggot Brain.’ Something that really takes you on a journey, but perhaps not the one you were expecting.”

Slothrust always gonna Slothrust. Dive in below, and let “Cranium” and all its sonic wonder absorb deep into your sense of being.