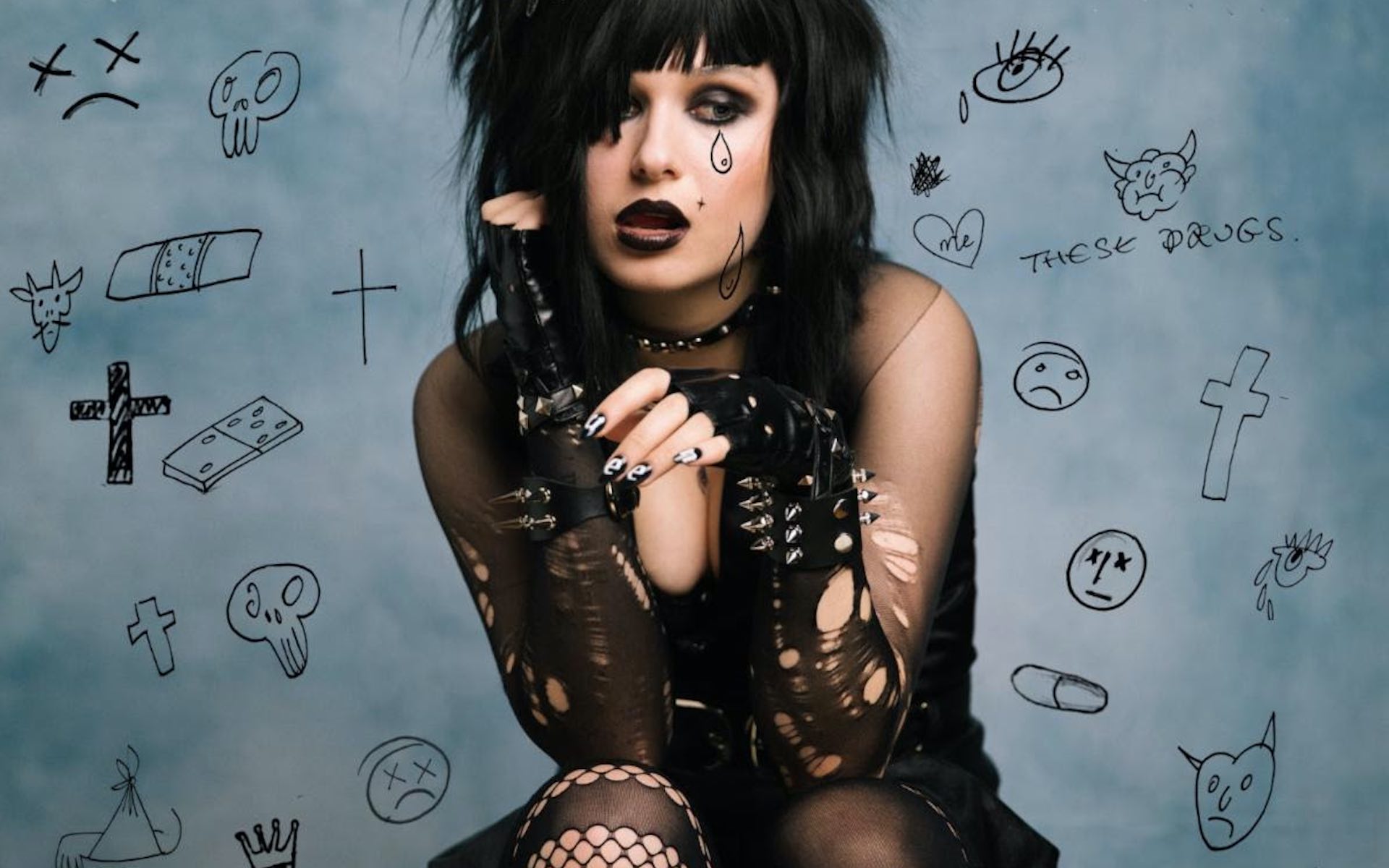 It only took two weeks for Baby Queen to throw down an anti-pop gauntlet onto 2021 with “Raw Thoughts”, a dazzling mid-January fire-starter jam with enough stamina to show up on year-end lists 10 months from now. But there is no rest for the 23-year-old rising superstar born Bella Latham, who hits this week with another new tune, this one an ode to self-reflection and eventual self-realization called “These Drugs.”

It continues the trend of establishing Baby Queen as one of our new favorite artists in music today, and when she offers up the single’s opening lines — “I don’t wanna do drugs anymore / If you saw me through the eyes of a bathroom stall / Your skin would crawl” — Latham once again pulls the listener right into her world. The track hit yesterday (February 24) via Polydor Records.

“I wrote this song when I was in a really bad place which was characterized mostly by this idea that I wasn’t a good person and didn’t deserve good things,” says the Queen. “I think for so long, there were so many parts of myself that I was refusing to acknowledge or pay attention to, and when you ignore your own pain or refuse to face up to your mistakes, you can get yourself into a self-destructive cycle, which is ultimately what ended up happening. I think escapism is necessary, and we all find our escape in different places, but some are just healthier than others. I knew I was taking a risk when I decided to be so uncomfortably honest in these lyrics, but I also knew I had to share this story with people because we all have a monkey on our back and self-destruction is a stranger to nobody.”

She adds: “I really want people to know that there is a better life waiting for them should they choose it. If you can learn to like yourself and learn to understand and accept every part of yourself (even the darkest ones), then you won’t feel the need to run away. You really do have the strength to build the life you want to live, and I think I can be proof of that to somebody.“

Stream the track via Spotify, and stare hard into the video after the jump.