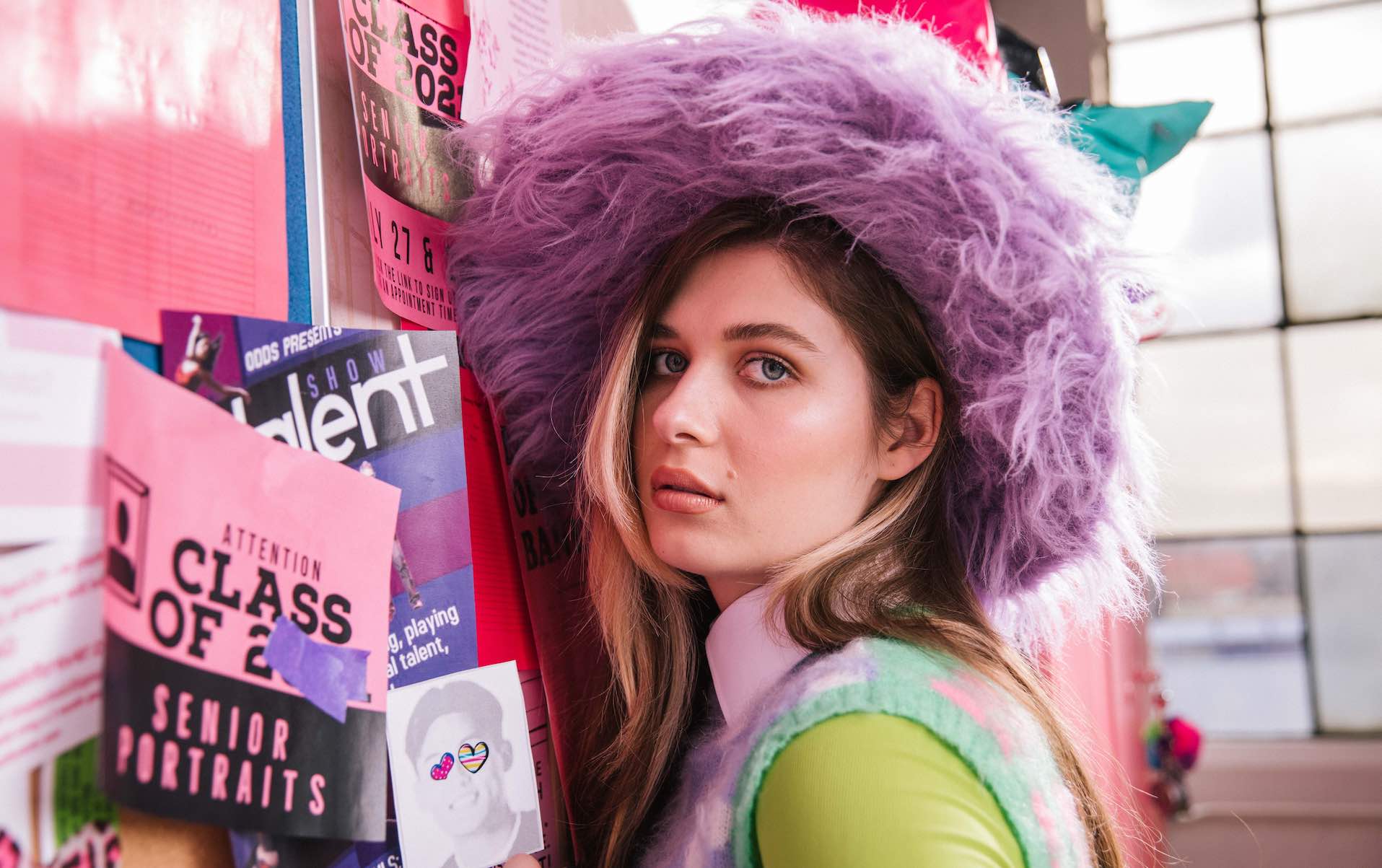 We can say for certainty that one of the few bright spots of 2020 was the breakthrough of Baby Queen. The South African-born, London based creative force dropped a string of ultra-magnetic singles, culminating in November’s Medicine EP. Now, the songwriter and alt-pop visionary born Bella Latham has crashed 2021 with a dazzling new joint called “Raw Thoughts”, and it’s all sorts of wonderful.

“‘Raw Thoughts’ is probably the most important song I’ve released to date because it’s actually the song that catalyzed what has become the sound of Baby Queen,” Latham says. “I wrote it near the beginning of 2018 (earlier than any Baby Queen song that has been, or most likely ever will be released) and it sort of came to me like a gift from heaven. I had been on one of the biggest nights out of my entire life and had woken up dreadfully hungover. I think up until that very point in my life, I didn’t know what partying was. I was incredibly innocent and naïve, and this was the moment everything changed for me.”

She adds: “I had been going through a terrible breakup, and discovering partying was like discovering freedom. I was going to places my ex had never been, I was meeting people they would never meet and doing things that would make their skin crawl. I think I fell in love with the danger of it. I had realized that I could do or be whoever I wanted to be, even though the only thing I wanted was to be loved by them again. The song came out like word vomit the next day. I was partly thrilled, partly coming down and partly ashamed of myself for what felt like a betrayal of innocence. ‘Raw Thoughts’ is an amalgamation of every feeling. It’s euphoria bleeding into my deep sadness. It sounds like the moment everything changes, because without my knowing it at the time, it was. This song felt like the only way to start 2021.”

Crack open that Best of 2021 Notes folder on your laptop, type in “Raw Thoughts”, and press play on the coolest dose of euphoria you’ll feel all day.