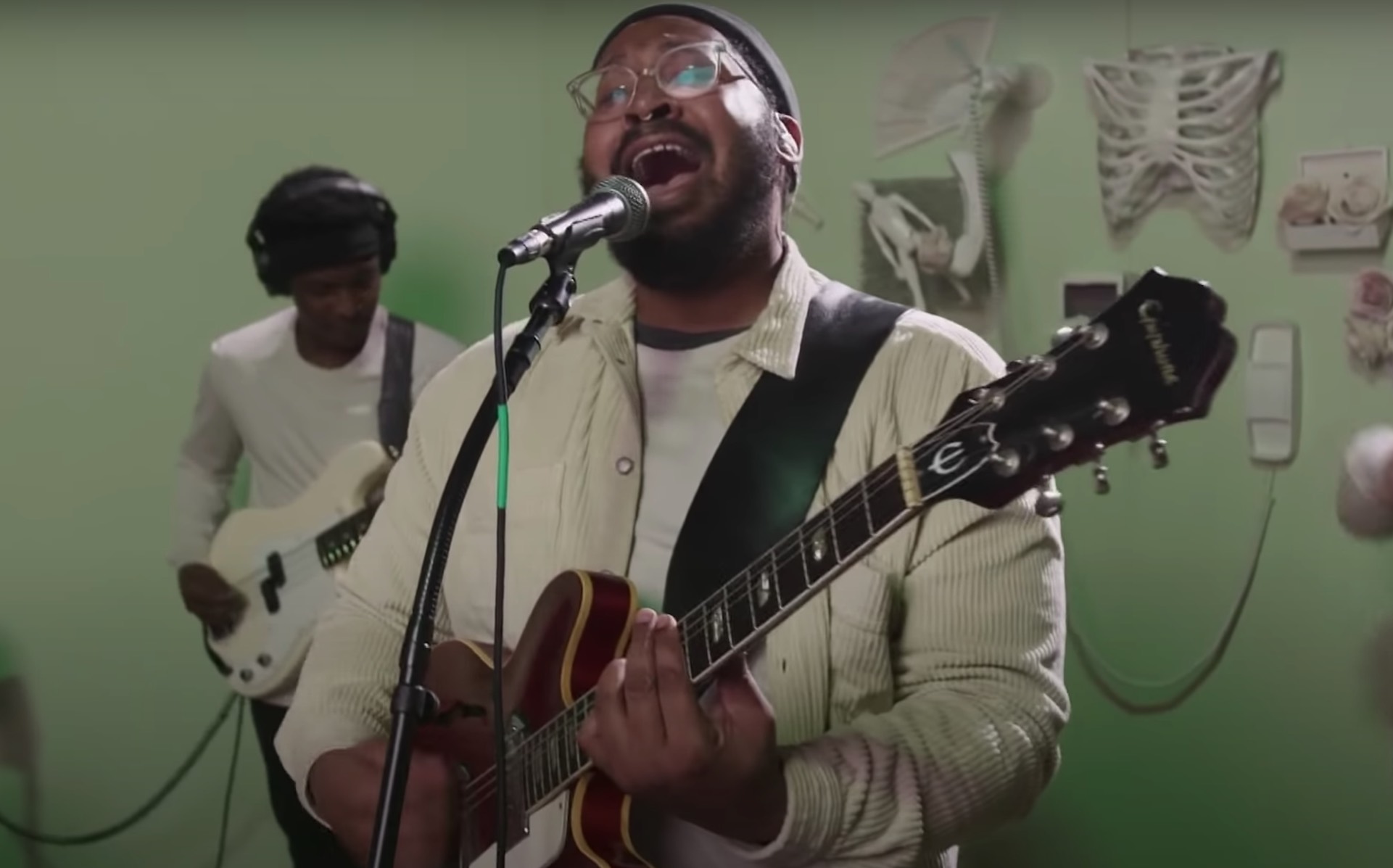 If you’re like us, or if you simply have ears connected to both your heart and brain, it was likely that Bartees Strange appeared somewhere on your Best of 2020 lists. For us it was the D.C. artist’s raging single “Mustang”, which sent us into overdrive upon its summer release. Earlier this week (January 25), Strange made his late-night television debut, ripping through a performance of another of his standout jams, “Boomer,” for Late Night With Seth Meyers.

And Meyers was just like everyone else in his excitement over hosting one of the true breakout artists of 2020, tweeting in advance: “One of my favorite songs off one of the best albums of last year!”

Before the performance, Meyers set the table nicely, introducing late-night circuit viewers to Strange’s ultra-magnetic, genre-defying world. “His critically acclaimed and fantastic debut album Live Forever is an eclectic mix of hip-hop, indie rock, and jazz,” Meyers gushed. After the show, the late-night host continued to heap praise, tweeting: Thanks for being on, @Bartees_Strange! It was great as expected and my only regret is you weren’t here so I could tell you in person.”

Same Seth, same; we can’t wait until we can see the man live and on stage in our town.