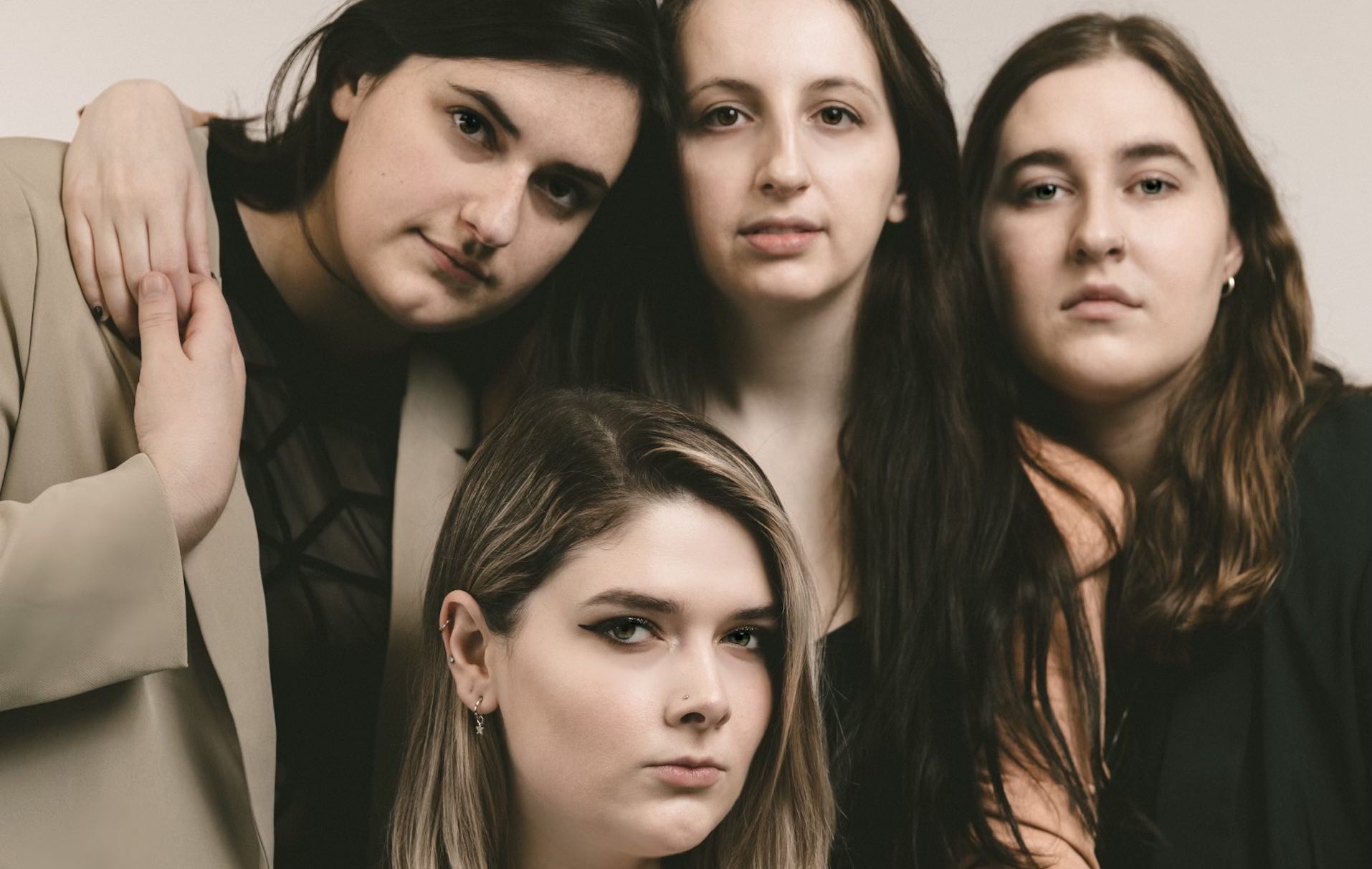 Only a band like shallow pools could make a blast of “ice water” sound refreshing and necessary in the dead of New England winter. But the Massachusetts indie-pop group is usually pushing against the current of what we’d normally expect, and today (January 15) the quartet hits us with a dose of cold reality through their new single and video.

“ice water” is a vivid new single that confronts the mental health struggles brought on by quarantine and isolation, and even the shallow pools aesthetic has reflected this by shifting from bright glowing neons to a more subdued color palette of beiges and browns. Call it a sign of the times, and call “ice water” the sound of now; upbeat and jovial on the surface, a comet of pop smarts and hooks, but with the darker shine that resides in our lives when we’re positioned away from the screens and digital scenes. As Glynnis Brennan sings “Every day’s the same and / There’s no breaking out / Like I’m stuck here / Going through the motions now” well, we feel that.

shallow pools describe “ice water” as “a departure from the music we’ve made in the past, but it’s the perfect bridge between our old and new sound.” That is certainly the case, and “ice water” continues to showcase the group as one of New England’s sharpest, following a string of 2020 singles that included pop standouts like “Haunted” and “Afterlight”.

“We wrote the song with our friend and producer, Chris Curran, and learned a lot about the type of music we want to be making in the process,” the band adds. “The song is about the impact that the state of the world has had on our mental health, specifically in the last year. We’re excited to share it and hope that anyone who has had similar experiences will find some comfort in knowing that there are others who can relate.”

Consume “ice water” below, either via Spotify stream or though its Mercedes Arn-Horn-directed music video.