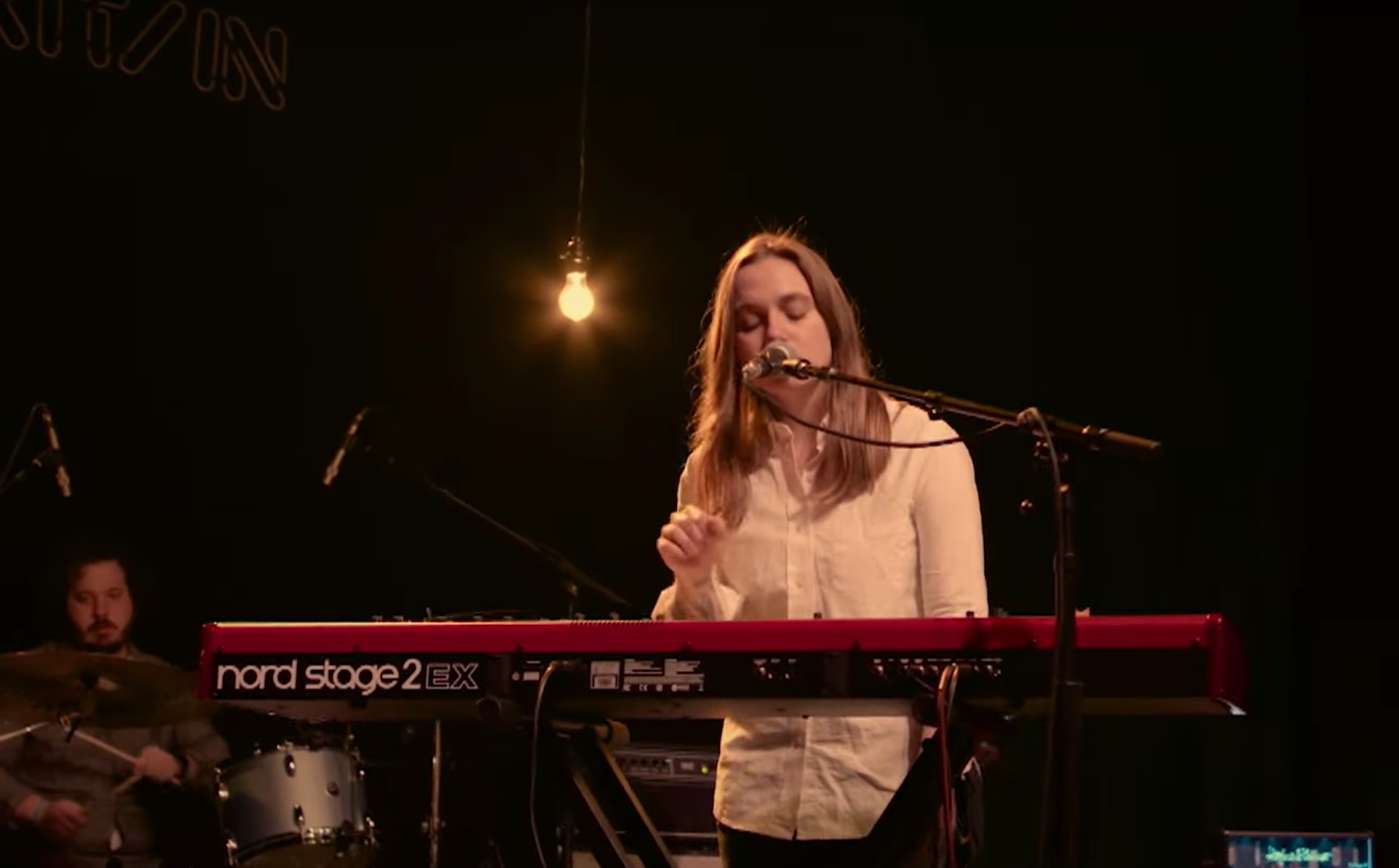 The great Julien Baker has a new album coming out next month — Little Oblivions, due February 26 via Matador Records — and it holds firm as one of the few things we can truly look forward to in this already stressful year. Back in October, we hyped the LP’s lead single, the delicately emphatic “Faith Healer,” and last night she showed off the wonderful track by performing it live for The Late Show With Stephen Colbert.

The performance was filmed at Nashville’s EXIT/IN, and finds Baker backed by a full band positioned around the bright glow of a suspended light bulb. It’s a mood.

“Put most simply, I think that ‘Faith Healer’ is a song about vices, both the obvious and the more insidious ways that they show up in the human experience,” said Baker in a statement back in October. “I started writing this song two years ago and it began as a very literal examination of addiction. For awhile, I only had the first verse, which is just a really candid confrontation of the cognitive dissonance a person who struggles with substance abuse can feel — the overwhelming evidence that this substance is harming you, and the counterintuitive but very real craving for the relief it provides.”

She added: “When I revisited the song I started thinking about the parallels between the escapism of substance abuse and the other various means of escapism that had occupied a similar, if less easily identifiable, space in my psyche. There are so many channels and behaviors that we use to placate discomfort unhealthily which exist outside the formal definition of addiction. I (and so many other people) are willing to believe whomever — a political pundit, a preacher, a drug dealer, an energy healer — when they promise healing, and how that willingness, however genuine, might actually impede healing.”

Little Oblivions is Baker’s third studio album. It should be pretty fantastic.