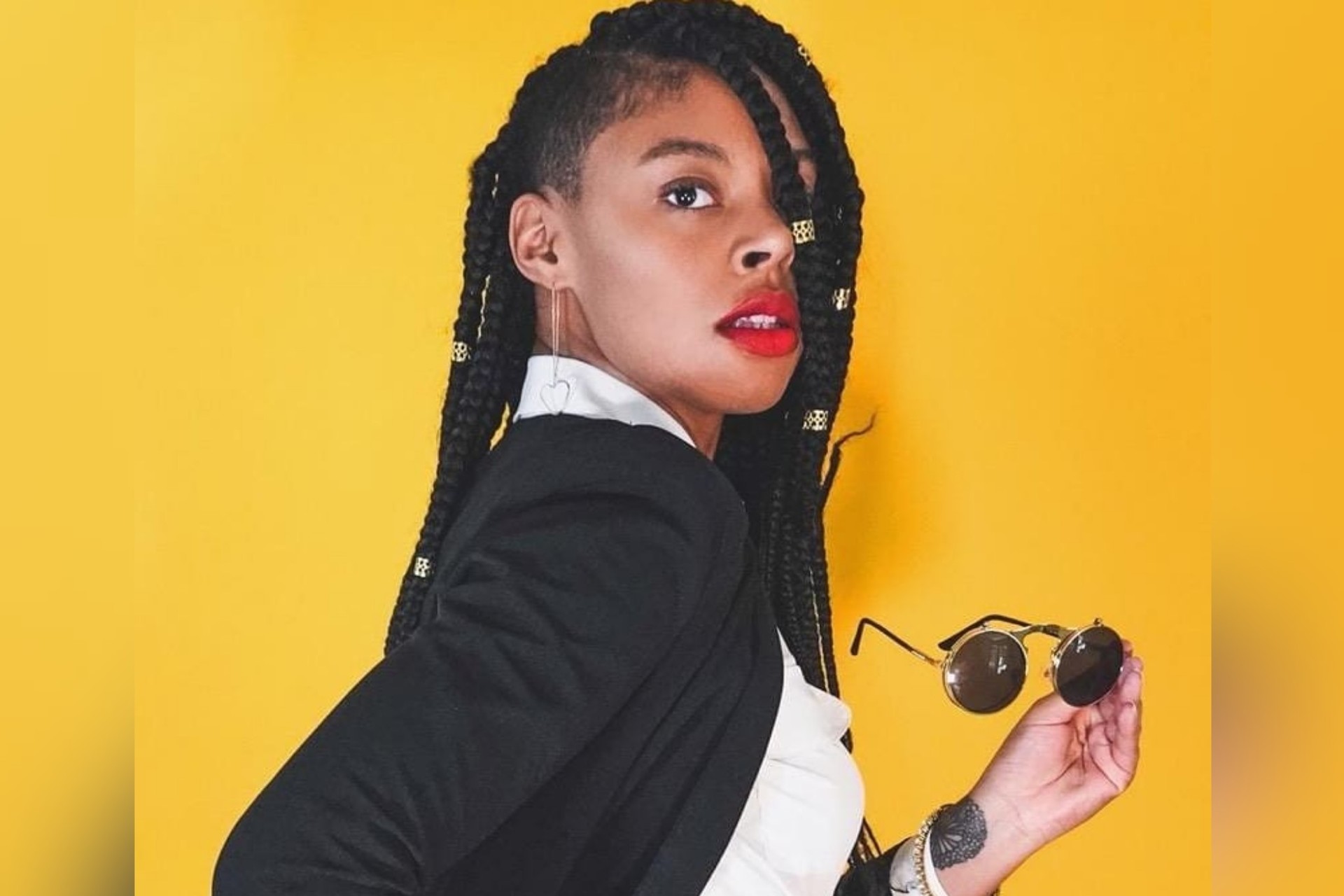 Destiny Claymore’s artistic journey is so varied that at some points, it starts to tangle. Where her music career begins, her film career crisscrosses — where that film career starts, a TV career pops up. (Some dance creds are woven into that equation, too).

In the current phase of her career, Claymore reps Boston’s art scene with a media triple-threat: Her role as video game character “Art Nerd” in the Ryan Reynold flick Free Guy (now pushed to 2021), her scenes in the Quibi show The Expecting (launched in October), and her forthcoming solo EP Pretty, due out this week (December 18). 2019 and 2020 were an awakening of potential for Claymore, to say the least, and Free Guy in particular came as the surprise that knocked over the first domino.

“I was on my lunch break and I started to hang up the phone because I thought it was a prank,” Claymore tells Vanyaland. “Like, who gets a call on a random Tuesday saying, ‘Hi, do you want to audition for this Ryan Reynolds movie?’ Suuuure man, sure.”

But Claymore showed up to the audition with a love of gaming dating back to the days of the Nintendo 64, a special connection to the video-game-based flick that helped her connect with the plot and director Shawn Levy. Alongside Reynolds, Taika Waititi, and Joe Keery, Claymore shot some scenes for Free Guy in Boston last year, and wrapped up her parts in Los Angeles this past winter.

In between, she filmed her scenes in The Expecting — also shot in Massachusetts — bumping elbows with AnnaSophia Robb and, as Claymore puts it, “the freaking director of American Psycho, Mary Harron!” Surrounded by TV and film professionals she admired, Claymore felt the pressure around her building.

Instead of buckling, she thrived on it.

“It really opened my eyes to what others saw in me,” Claymore says. “If Mr. Levy and the people at 20th Century [Fox] thought I was worth all they gave me then maybe I was on the right path. It made me work harder, it made me honor myself and my time and my crafts. I wanted to make these people who gave me a chance proud and I just used that energy in each of the days on set.”

In the meantime, Claymore kept jotting down her own ideas in between takes, working on what would eventually become Pretty. During her time on both sets, and the months in between — roughly a year — she logged 72 songs.

“I was just writing songs every time I got a chance; driving to and from set, on my lunch breaks, at home in my pajamas – whenever something interesting happened in my life or sometimes when I just wanted to sing I wrote,” Claymore explains. “I ‘wrote’ it by singing every day on the way to set and adding to it and memorizing it on the ride home.”

After narrowing those 72 songs down to only 18, she picked her six favorites, which she felt “reflected who I became during the journey.” Boston rappers Red Shaydez and SeeFour make appearances on the EP, and single “No Fly Zone” perfects an icy kind of R&B.

Claymore contrasts Pretty with her past work, saying that the EP felt like a “direct reaction” to Free Guy, capturing color and charisma in her poppy soul tunes, as opposed the noir energy of her old group, Dark Matter.

All those hours acting, it turns out, knocked loose significant feelings about herself, making Pretty the perfect ending to her momentous 2020.

“I feel like on this project I really connected to myself: A girl who grew up dancing to any and everything and idolized Destiny’s Child (like really, who could sing or dance like them?) and Ciara and Alicia Keys,” she notes. “It’s colorful, it’s Black, it’s dance, it’s fun, it’s me… All these experiences, the personal ones that happened during these business ones, the type of people you meet during such a lifestyle change, the wildness of suddenly having money and the beautiful chaos of a fast lifestyle — because of them, I discovered what it really means to live, and try, and fail, and succeed, and be Pretty. Hint: It has nothing to do with the exterior.”