Johnny 5 will be alive again in the ‘Short Circuit’ remake 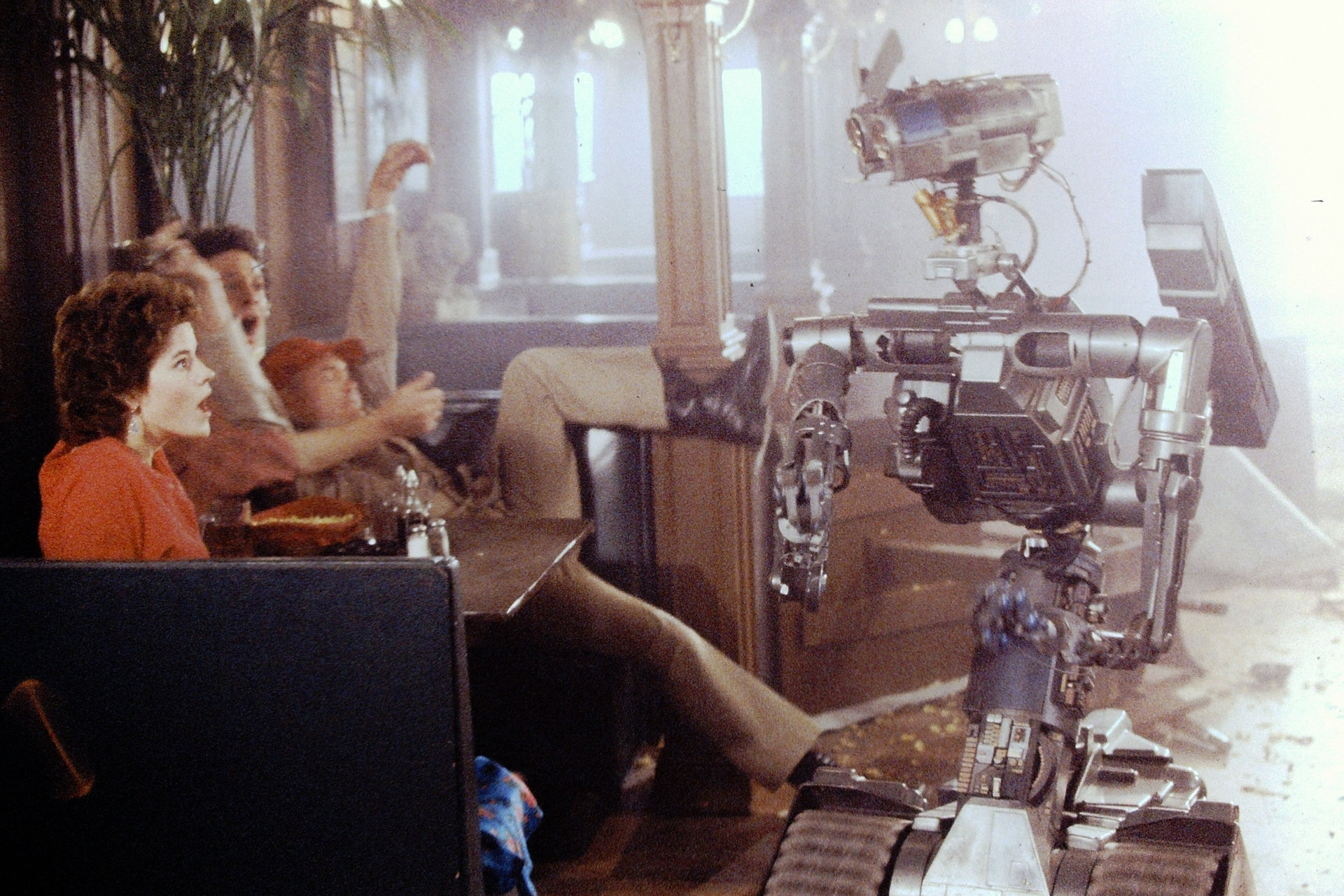 Still from 'Short Circuit' by Tristar Pictures via MoviestillsDB

One big bummer about the Decline and Fall of the Video Store Empire is that the all-powerful algorithm has replaced the kind of aisles-wandering that dominates Gen X and millennial childhood memories. Back then, you had to rely on your folks’ judgment as to whether whatever E.T. knock-off you’d grabbed out of the sci-fi section was appropriate, and you were able to get away with more depending on whether or not how good your speech skill was, just like in a Bethesda video game. That way, you could, as a 7-year-old, get away with watching something like John Badham’s Short Circuit or its (exponentially weirder) sequel, which, well, came from an era of looser PG standards than the one we currently occupy. No child should ever be exposed to the majesty of Steve Guttenberg before the age of 17. Seriously. Still, Short Circuit is the kind of movie that people often have a nostalgic fondness for without, well, having rewatched it in the last few decades, but that’s all about to change.

According to Deadline, Spyglass Media Group, producers of the next Scream film, has hired screenwriters Eduardo Cisneros and Jason Shuman to bring Johnny 5 back to life. Now, we know what you’re thinking: Haven’t various groups been trying to get a Short Circuit sequel or remake off the ground for the better part of three decades now? Yes, they have, and this one is as likely to succeed as the others, probably, but at least there’s an interesting approach being given to the project. Cisneros, who penned Instructions Not Included for Eugenio Derbez a few years ago, and Shuman, who co-wrote the upcoming film Half Brothers alongside the former, are going to try and make this Short Circuit with a “Latinx twist” in Deadline‘s parlance and man, that is way more interesting than practically every other approach that has been thrown at this, beyond a sequel in which we discover that Johnny 5 is actually the grandfather of Skynet or something.

The project’s a long way off still, but rest assured, we will update you as soon as we get any further news about Short Circuit. In the meantime, you can think about what you’d actually like to see in a Short Circuit sequel. Maybe go full Shape of Water with it as the first Bumblebee trailer teased us with? The original wanted to go there!