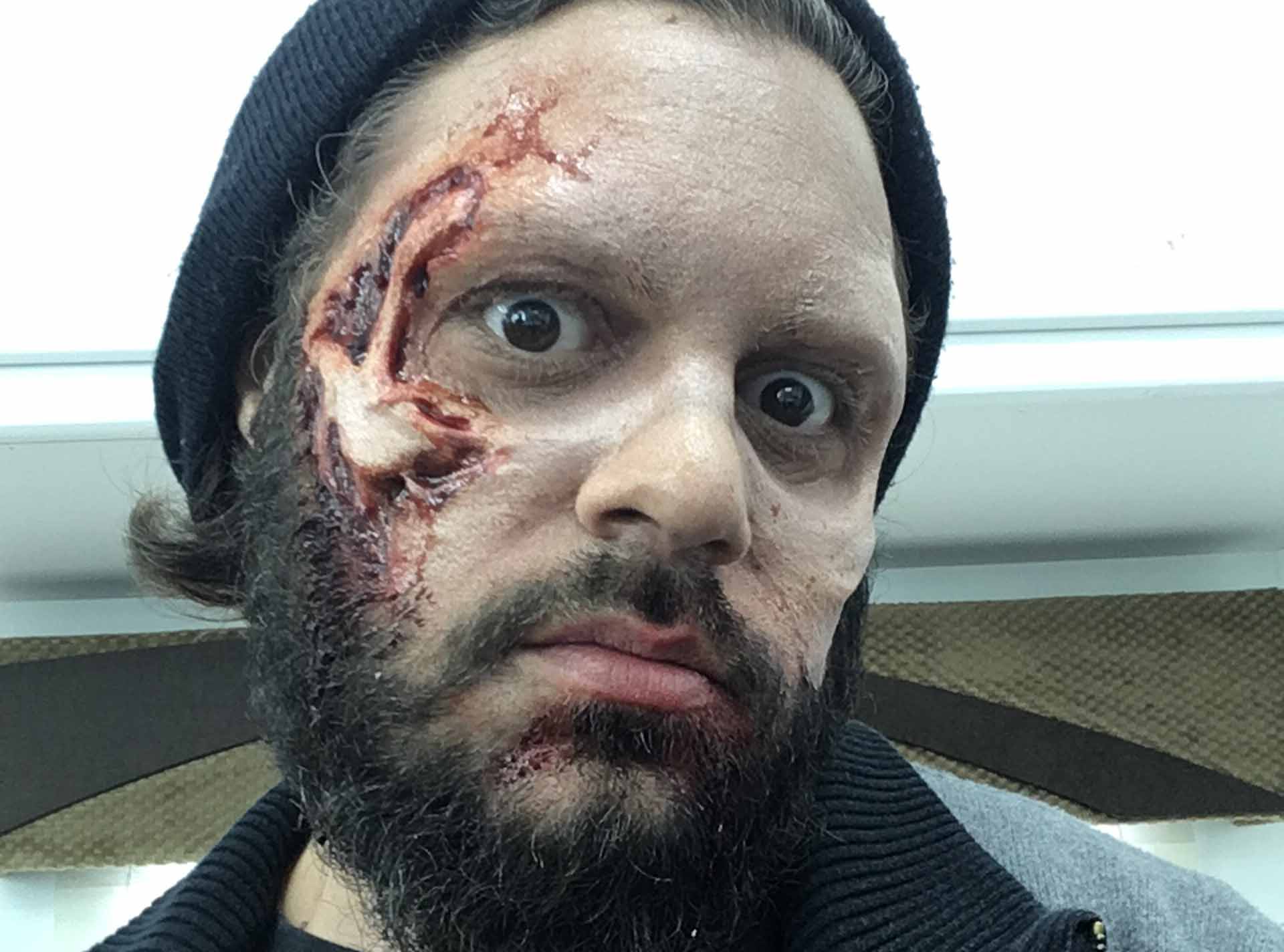 For local musician Mike Serra, taking the leap into acting by answering a casting call was exciting for a few reasons. But what came of the opportunity not only exceeded his expectations of the career shift, but delivered a lifetime of memories and real conversations in the process.

As an extra in Adam Sandler’s latest Netflix film, Hubie Halloween, the Walpole native was ecstatic to land the gig after bringing his guitar and a pair of Cobain-esque sunglasses to the audition, all with the hopes of making a good impression. While on set, there were many moments that made his two days taking part in the film memorable, including chatting with the Sandman about their shared Alma mater of NYU and playing air guitar to the Rolling Stones’ Can’t You Hear Me Knocking? before having a deep conversation with Michael Chiklis at the catering table. But what stood out to him the most was not only Sandler’s apparent affinity for Massachusetts, but also level of care and attention to the cast and crew.

“I loved it, because I was so amazed that a production, let alone an Adam Sandler production, was kicking it in Massachusetts,” Serra tells Vanyaland. “I just know that Sandler is a good guy, and he brought jobs to Massachusetts, and it just fucking amazes me that a comic who played Billy Madison dancing around in a pool just gives so much to so many people nowadays. It was really exciting to me, because I could drive 40 minutes and be in an Adam Sandler movie. It was beautiful.”

His stint on set may have been fairly short, as was his actual screen time — taking a seat at a booth in a dinner during one scene, dressed as a zombie, visible in the background over the shoulder of Sandler — but along with the experience of working with one of the great comedy voices of our time, what Serra takes away is something that he hopes will inspire others to follow the same path if they’re so given the chance.

“Taking the leap was really the biggest thing I got out of this whole experience,” says Serra. “If I had been working a nine-to-five, I never would’ve even had the time to look at it happening, or even driven down to audition, so it’s just a matter of following your fucking dreams.”

Take a look at his cameo below.

Catch me snaggin’ Sandler’s seat in #hubiehalloween 😂Such a rad experience. Talked to Adam about our NYU stints, rocked out between takes to the Stones, met Schneider n Grandmas Boy, had life changing convos with #michaelchiklis Filming wouldn’t wrap till 6:30am and Adam gave his absolute best every time. Then you have to go be a dad after all that? Much respect🤘🏽#adamsandler #netflix #halloween #stevenbrill #salem