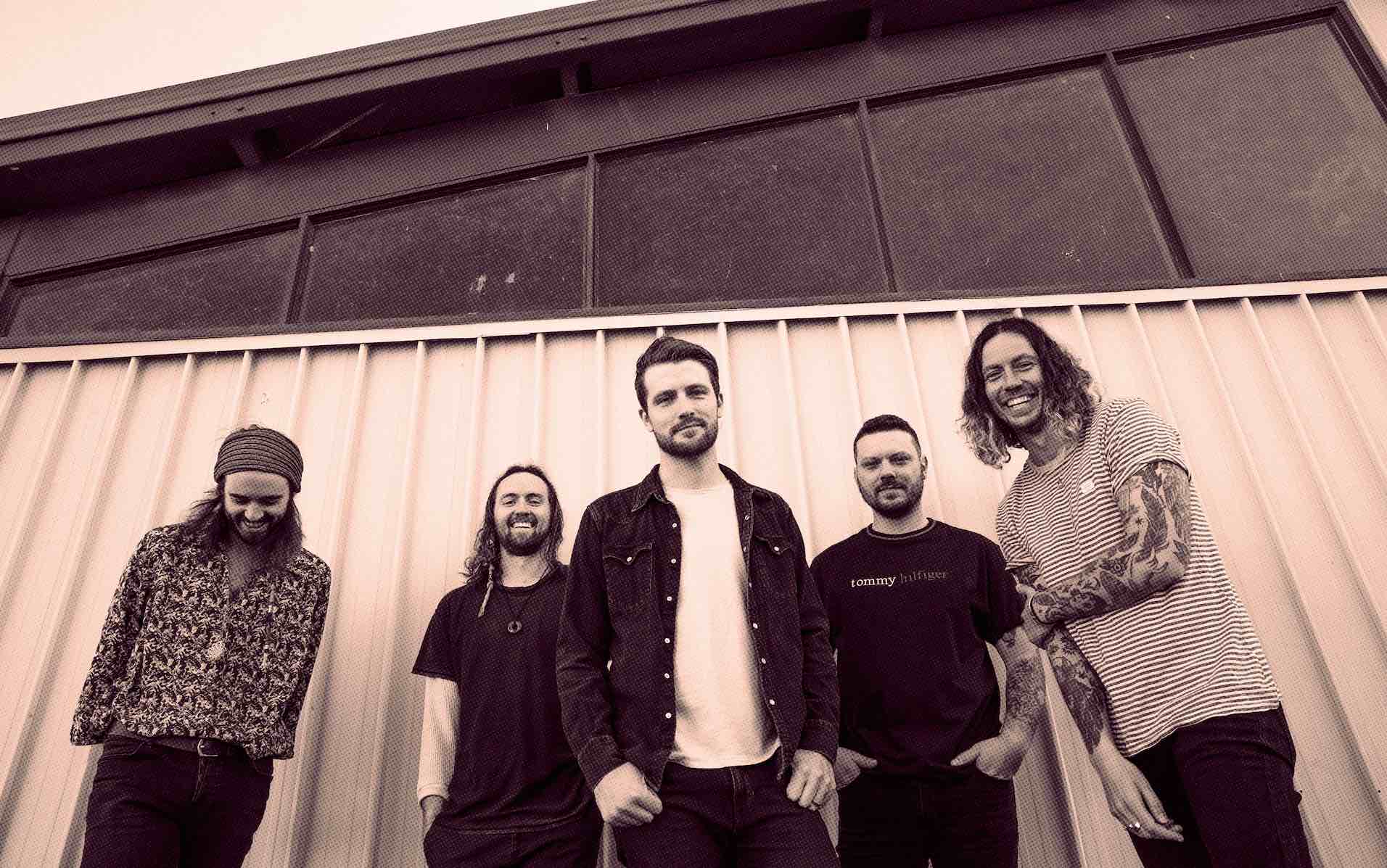 Australian rock band Hands Like Houses have a self-titled EP set for release October 23 via UNFD, and before the weekend took hold the quintet released a video for their new track “Dangerous.” The pop-rock ripper follows recent singles “Space” and “The Water,” and gives longtime fans a pretty good idea of what the EP has in store. And it seems to have been lurking deep within the band’s creative process.

“Something about this song has always been uncomfortable for me,” says Hands Like Houses vocalist Trenton Woodley. “When we started, ‘Dangerous’ was meant to be playful, confident, even arrogant — but as it came together, it felt like a reflection on frustration and losing control when all your confidence falls apart.”

“Dangerous” comes fast and furious with a new visual, which Woodley says is aimed to reflect the lyrics and mood of the song. “It’s a collage meant to evoke a sort of whiplash, cutting between cartoon bangs, pops and pows to destructive, explosive carnage that fundamentally changes the world we live in,” he adds. “We had the pleasure of working once again with Sam Shapiro to produce the clip, and once again he has come through with something equally as fun as it is powerful and we’re excited to put it out into the world.”