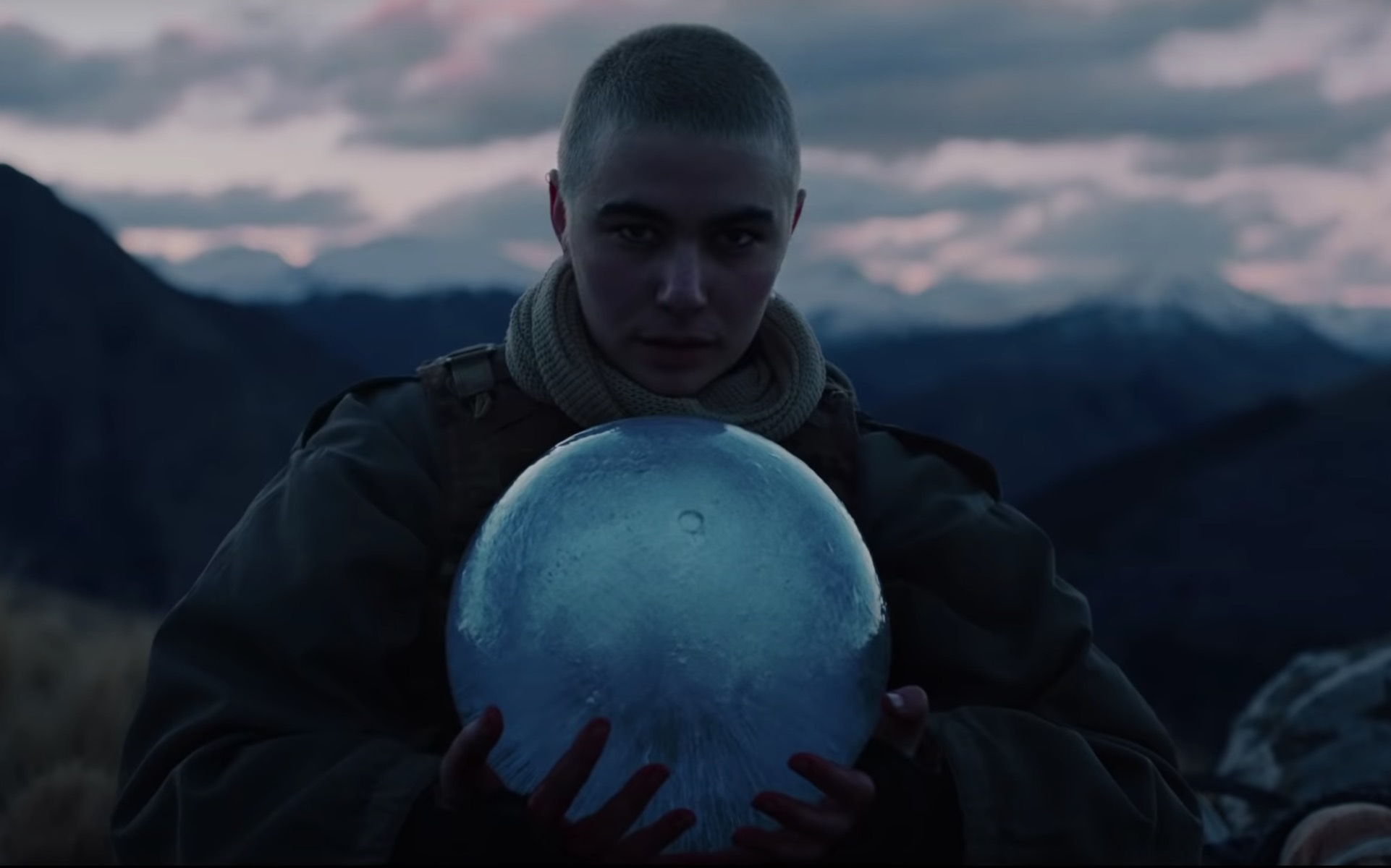 Over the summer METZ introduced us to their forthcoming album Atlas Vending with a nearly nine-minute odyssey of a face-melting single in “A Boat To Drown In”. The track has finally finished up, weeks later, and now the Toronto band offer up another blistering new one in “Blind Youth Industrial Park.”

It’s classic METZ in its sonic relentlessness, and the sound is accompanied with an incredible sci-fi video filmed in Queenstown, New Zealand, and directed by Dylan Pharazyn. In it, a woman crosses a barren dystopian landscape with an injured companion in tow, all while being tracked by a death squad. If this video was a show on Netflix, we’d binge watch the fuck out of it. And the glowing ice orb would probably have its own Instagram.

“I started thinking of the feeling of war or samurai films, beautiful but dark and violent,” says Pharazyn, “but then I had this idea to work up a more unique world… I started to think of a more futuristic setting — more unusual and dream-like with the story set on a distant planet where there is future technology and some kind of alien magic… like a futuristic fable. I loved the idea of the hero Ayeth on this nomadic walk through an epic landscape… I loved the strength in her and the pairing of her with a wounded companion, something really human and vulnerable… I wanted that emotive warmth countering the cold military images.”

With Atlas Vending set for release October 9 via Sub Pop, but no touring opportunities present, METZ have decided to bring their raucous live show to the screens of the masses. They’ll perform Atlas Vending in its entirety at Toronto’s Opera House, with the show streamed in North America on October 15.

“The loss of live music has left a huge void in our lives,” the band writes. “Something that is intrinsic to who we are as people has been taken away. In hopes of filling that void until there is a safer way to be with you, we will be playing the entirety of Atlas Vending live at one of our favorite local independent venues, The Opera House… We want, so badly, to find that feeling again, to forget the world for a moment and share a brand new album that we love very much (plus some oldies) with all of you.”