TIFF Review: ‘Shadow in the Cloud’ goes down in flames 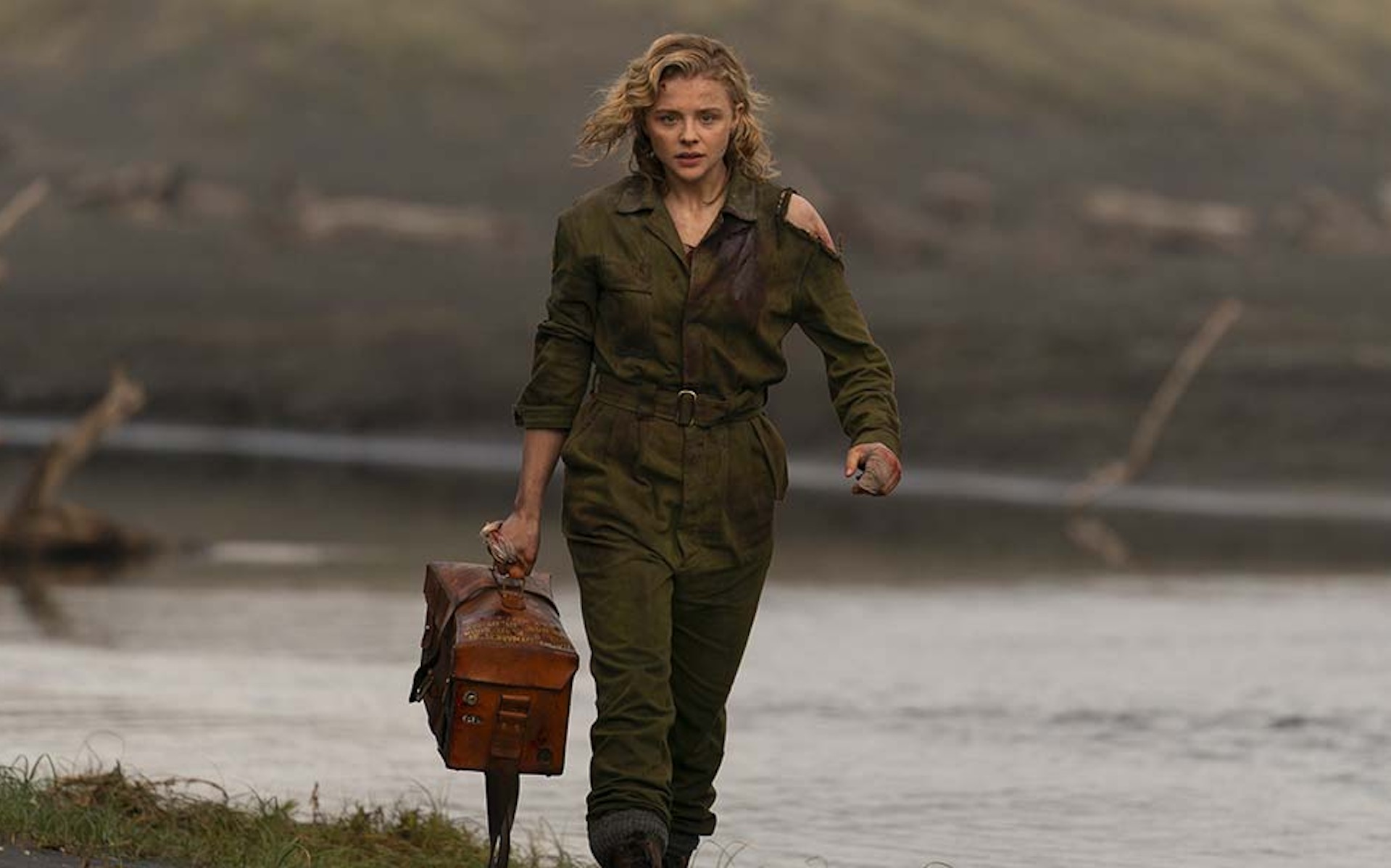 Outside of the long international nightmare that we’ve been subjected to in The Year of Corona, it’s been a Twilight Zone kind of calendar year in entertainment as well. With the second season of Jordan Peele’s reboot of Rod Serling’s classic hitting the small screen on CBS All Access, and Andrew Patterson’s fantastic The Vast of Night, which owes a great deal to both that show and The Outer Limits, killing at drive-ins on Amazon Prime, not to mention the whole “genre” revival at least in the mainstream consciousness (it never died, motherfuckers!), it makes sense that more people would turn to the old playbook of time-tested tales to take from for a modern project. Rosanne Liang’s Shadow in the Cloud certainly owes a great deal to “Nightmare at 20,000 Feet,” the Richard Matheson-penned William Shatner-starring episode that embedded itself in the popular imagination long before George Miller remade it for Steven Spielberg in Twilight Zone: The Movie, which itself took stories of aviators seeing bizarre creatures called “Gremlins” on the wings of their aircraft during World War II and made it a phenomenon. The third time — or is it the fifth now? — isn’t the charm, however, and Shadow in the Cloud is just kind of dull, upstaged by its own end-of-film montage.

Shadow in the Cloud begins with a well-animated pre-title cartoon, telling would-be airmen to pay no mind to the gremlins on the wing because they’re just distracting them from their duties in the skies. We’re then introduced to Flight Officer Maude Garrett (a somewhat miscast Chloë Grace Moretz), an Auxillary Corps aviator who is tasked with protecting a sensitive package on board a bomber called The Fool’s Errand. Immediately, abuse is hurled her way by almost all of the men on board, each of whom is inherently opposed to taking her where she’s headed simply because they don’t want no dames to bother them (and/or they want to fuck her, which they let her know loudly and angrily over the comms). She’s isolated in the bubble turret in the bomber’s belly, separated from The Package, and the film takes on the dimensions of a radio play for much of the next half-hour, in which our character attempts to politely kick against the literal pricks who are keeping her down there.

But Garrett notices some odd creature on the wing, ripping bits and pieces of machinery out of its side, and causing one of the engines to fail. The crew has no clue what’s going on, and most of them believe what they’ve been told — gremlins are fairy tales, meant to cover up pilot error in the heat of the moment — but the reality becomes very clear to them after they’re attacked by a Zero. Garrett, who knows her way around a turret, manages to take the thing down, but immediately after, she’s attacked by the creature — one ugly bat-like motherfucker with claws, fangs, and a bulbous, strawberry-like pocked tongue — and becomes totally trapped in the turret. The men above panic and believe that she’s causing all the chaos below, and it’s up to Garrett to survive the trip while fighting against the airmen and the monster. It’s a hell of a premise, right? Well, it didn’t really flow well or work for me in practice.

Most of Liang’s impulses here feel off, with a lot of the issues stemming from her bizarre aesthetic mixture of World War II imagery and a dreamy synth-pop score a la Tangerine Dream in Michael Mann’s The Keep, but something keeps it from fully cohering into a specific style. It feels weirdly jumbled together, a concession to modern Lionsgate-style popular trends rather than something that outgrew naturally from the creation of the film itself, and it proves to be distracting rather than engrossing. Her action, as well, has interesting conceptual bonafide, such as a scene in which Moretz has to scale the wing of the plane in order to rescue The Package from the Gremlin, and it becomes hard to tell what’s down and what’s up and how the hell our lead is hanging on despite being 10,000 feet in the air and dodging strafing fire from zeroes.

I try to never comment about the quality of the VFX work in smaller productions because, of course, it’s not going to compare to something coming from whatever Hollywood studio has the capital to burn to make a realistic CGI model, but the film’s often hard to look at when it’s not dealing in landscapes: the monster’s look only hold up at night or in a fully CGI shot, and a scene at the very end of the film in which our protagonists confront the creature outside of the plane itself is downright rough — a man in a suit would have made more sense, even if it might not have held up throughout.

As a feminist film, there are a number of moments of striking power had they occurred in any other film, and the film’s ultimate resolution is one of those images that makes absolute sense in theory but falls apart somewhat in practice. I don’t doubt that a certain segment of the film’s audience will have a visceral reaction to that moment, but it fell flat for me, being the ultimate resolution of what was an uninteresting and deluded twist from the start, at least in my limited purview. You can still feel disgraced screenwriter Max Landis’ hands on the script, as well, with the amount of “witty” dialogue from the airmen, stacked full of patronizing sneers and abuse towards Moretz’s character, and it feels gross, to say the least.

But the most moving scene comes at the very end of the film, once all of the fictional “fun” is dispensed with and the film finally ends, just barely over 80 minutes in length. It’s an over-credits montage comprised of old footage highlighting the achievements of female aviators and volunteers, all of whom risked their lives in equally harrowing situations in order to ensure an end to fascist terror, set to Kate Bush’s “Hounds of Love.” It hints at a better movie, as the dreamy emotion of Bush’s voice endows these moments with both the strength that the film often lacks in its characterization, as well as undercutting these propagandist images with notes of melancholy while also managing to emphasize the awe of beings in flight, defying gravity, free in the air. No CGI bat-creature can compare with that.