TIFF Review: ‘Pieces of a Woman’ can’t put itself together 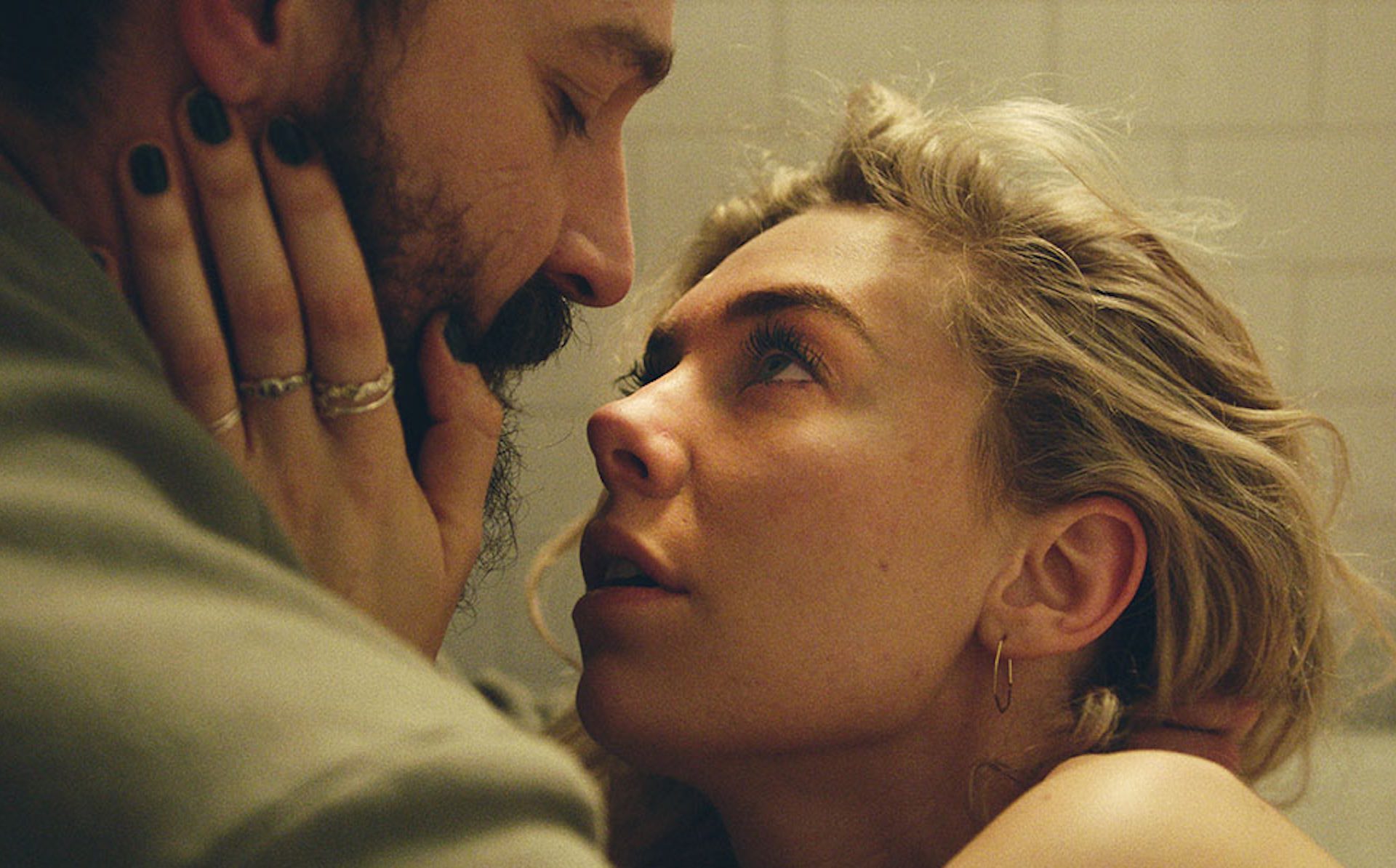 There is a scene so strong in the first 30 minutes of Kornél Mundruczó’s Pieces of a Woman that it makes you wonder if you’re really watching something truly special. During the span of a single 25-minute take, Mundruczó documents the single worst day of any young family’s life with surprising grace and brilliant staging. We follow Martha (Vanessa Kirby) and Sean (Shia LaBeouf) prepare for the home birth of their daughter in their cramped “Boston” apartment, as the pair monitor contractions and make dumb jokes, trying to keep calm. Soon, Martha goes into labor, but the midwife they want for delivery isn’t available, and a substitute (Molly Parker) arrives instead. The birth seems to be going ok at first, but the replacement midwife notices that something is wrong. She tells Sean to call an ambulance, but the baby finally comes, and it seems that all will be fine. Seems being the operative word there. I can’t stress how smart this sequence is — LaBeouf and Kirby are at the top of their game, embodying realistic-feeling and natural characters caught in a horrible moment — and Mundruczó’s blocking, a sort of wonderful lengthy trick of placement and camera work, enables him to move about, follow the action, and increase the pace of the scene without having to resort to a single cut. It’s an effective and thrilling way to begin the film and is the high watermark in what might be one of the biggest disappointments of the year.

You see, Pieces of a Woman expends all its energy in those minutes, and it flounders through the rest of its 128-minute runtime by indulging in the worst kind of soap-opera melodrama possible, as the young couple begins to navigate their shared-yet-impossibly-different grief, Martha’s frustration with the meddlesome input of her hectoring mother (Ellen Burstyn), and the rift that’s slowly growing between the two of them. Sean, a recovering addict and bridge builder (yes, this film does handle its metaphor about grief with about as much subtlety as you’d expect) begins to backslide into his old habits, and Martha finds her totally alienated from society, pressured by all corners to feel an anger against the midwife, who is being brought up on negligence charges for her actions during the birth, that she can’t quite seem to summon. And, as things get broader and broader and Mundruczó begins to step away from the slick naturalism he established at the start, the film grows more removed from the realm of lived experience and transcends into the high-camp cinematic. By the time Mundruczó repeats his single-take shot trick, in the middle of a bizarre family dinner made even more awkward and funny by the presence of Benny Safdie despite it not even remotely being humorous, any investment one might have in these characters is totally gone.

That’s not to say that the actors don’t do their damndest with the unfortunately very silly material they’re given. Kirby’s good, though she might not be quite as good as you’ve been led to believe from certain corners — her often-understated work here is frequently undone by the hoary nature of the writing, which appears initially to buck Hollywood trends while ultimately conforming to them at the end (this is a film where a speech delivered to a shocked crowd can fix hearts and mend all wounds) — though I imagine most of the perception of the film will be colored by those astonishing opening minutes, where she absolutely kills it. LaBeouf seems to feel the pressure to be the dynamic core of the film, and overplays every scene, like he’s already finished his meal and has taken Kirby’s nibbled-upon plate of scenery for his own fast consumption. Even Burstyn can transform utter garbage into believable pathos, though Mundruczó undercuts her work with dumb, dumb plotting, but it’s just not enough to overcome the banality of it all. The Howard Shore score swells, and you find yourself thinking that you’re watching Stepmom or some bullshit, not the hard-hitting and emotionally raw drama the film stated that it wanted to be.

Perhaps it is the glossy NetherRealm of the film’s Boston that put me off of it – Mundruczó uses Montreal as a stand-in for the city, and unlike most filmmakers, who seem to understand how to shoot Vancouver or Atlanta to make it look like New York, he aims to find a specific feel. He gets so many bizarrely small details right — the shape of the Boston Cab Company’s fleet of taxis, the way our ambulances look — but casually alters them, perhaps not to infringe upon any copyright. It makes the city in which his story is supposedly set in look unrecognizable, and doesn’t even really bother to make anything look less Canadian (a stop at “Logan Airport” is undercut by the French signage plastered all over the doors). But it doesn’t look like any recognizable American city, with its bizarre and jam-packed skyline and generic architecture, and it sort of clued me in to just how empty and rote the movie feels, even when one is dealing with some of the most primal and upsetting emotions we can possibly feel on this Earth. Pieces of a Woman (which is also a somewhat meaningless title?) exists as purely as a pretty fictional object, and it can’t live up to its own beginning.