Courteney Cox will ‘Scream’ for a fifth time 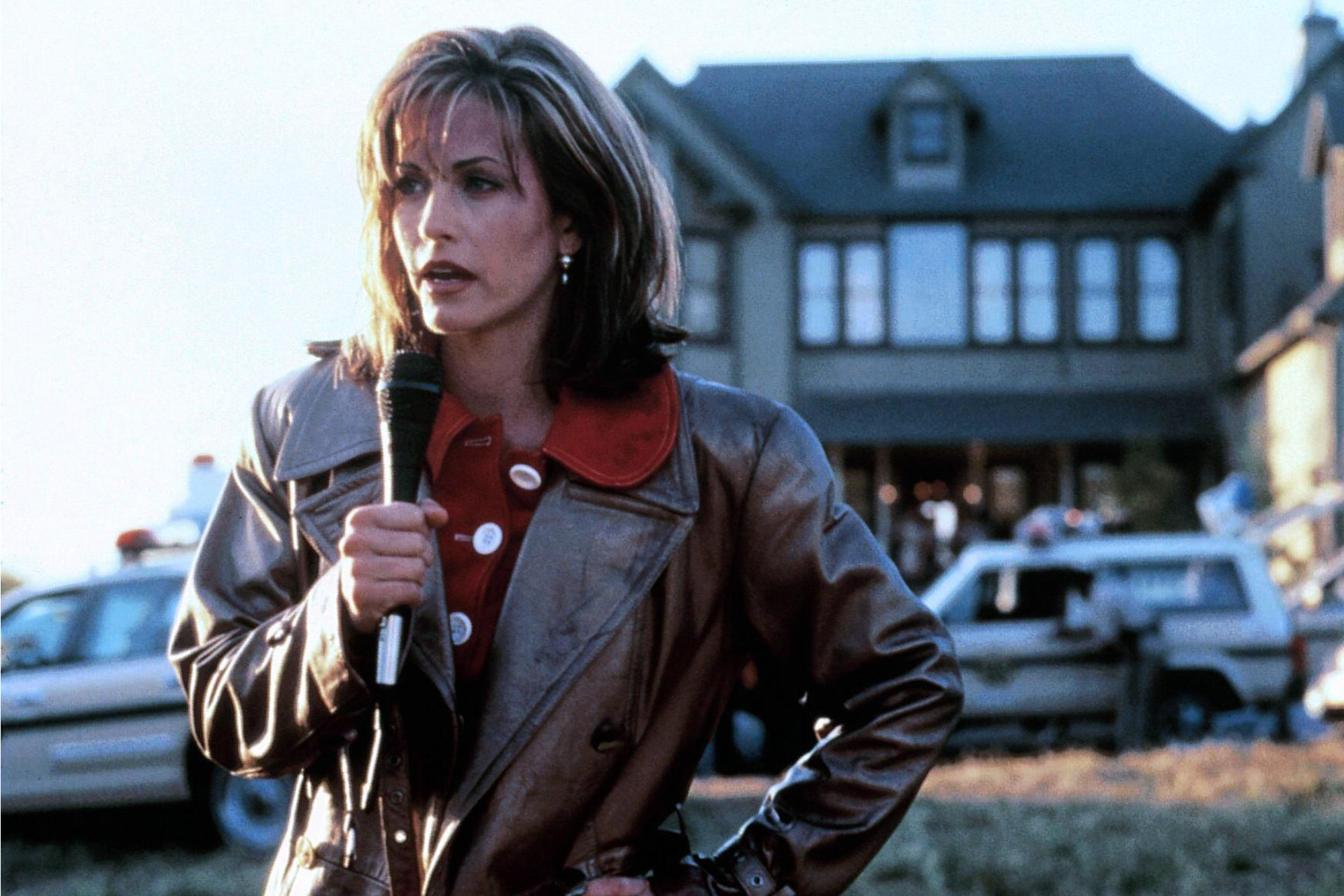 Still from 'Scream' by Miramax via MovieStillsDB

So, Scream 5 is happening, whether you like it or not, no matter if the Meta Horror subgenre, like hell, is full and right about ready to burst. It’s being helmed by the guys who made Ready or Not, Matt Bettinelli-Olpin and Tyler Gillett (who are also members of the filmmaking collective Radio Silence), and depending on whether or not you liked Ready or Not a lot, that might be a good thing. The invincible David Arquette already announced his return a few months ago, presumably because he’s got now no longer scared of something as silly as Ghostface thanks to Nick Gage, a fluorescent light, and Arquette subsequently severing his jugular in a freak accident in a deathmatch.

Now, it’s Courteney Cox’s turn to return, according to Deadline. The Friends and Cougar Town actor will reprise her role as news reporter Gale Weathers, and she took to her Instagram to announce the news with a short video.

So, it’s nice to see that the old gang is getting back together, but, honestly, this whole thing feels a little hollow without Wes Craven. The dude was the heart and soul of these movies, and it’ll be pretty strange to have a Scream without him, even if it’s being made by superfans with the best intentions. But we’re hopeful that this might turn out alright, given the track record that franchise revivals have had in the past couple of years. And, hey, at least it’s not a Friends reunion!

Scream 5 will enter production soon in Wilmington, North Carolina, and we might see it sometime next year, depending on whether or not Spyglass wants to compete with either of the Halloween sequels or not. One wonders if they’ll just give up and call it Scream5 and say that it’s pronounced “screams.”