‘Ready or Not’ Review: This horror-comedy struggles to find itself 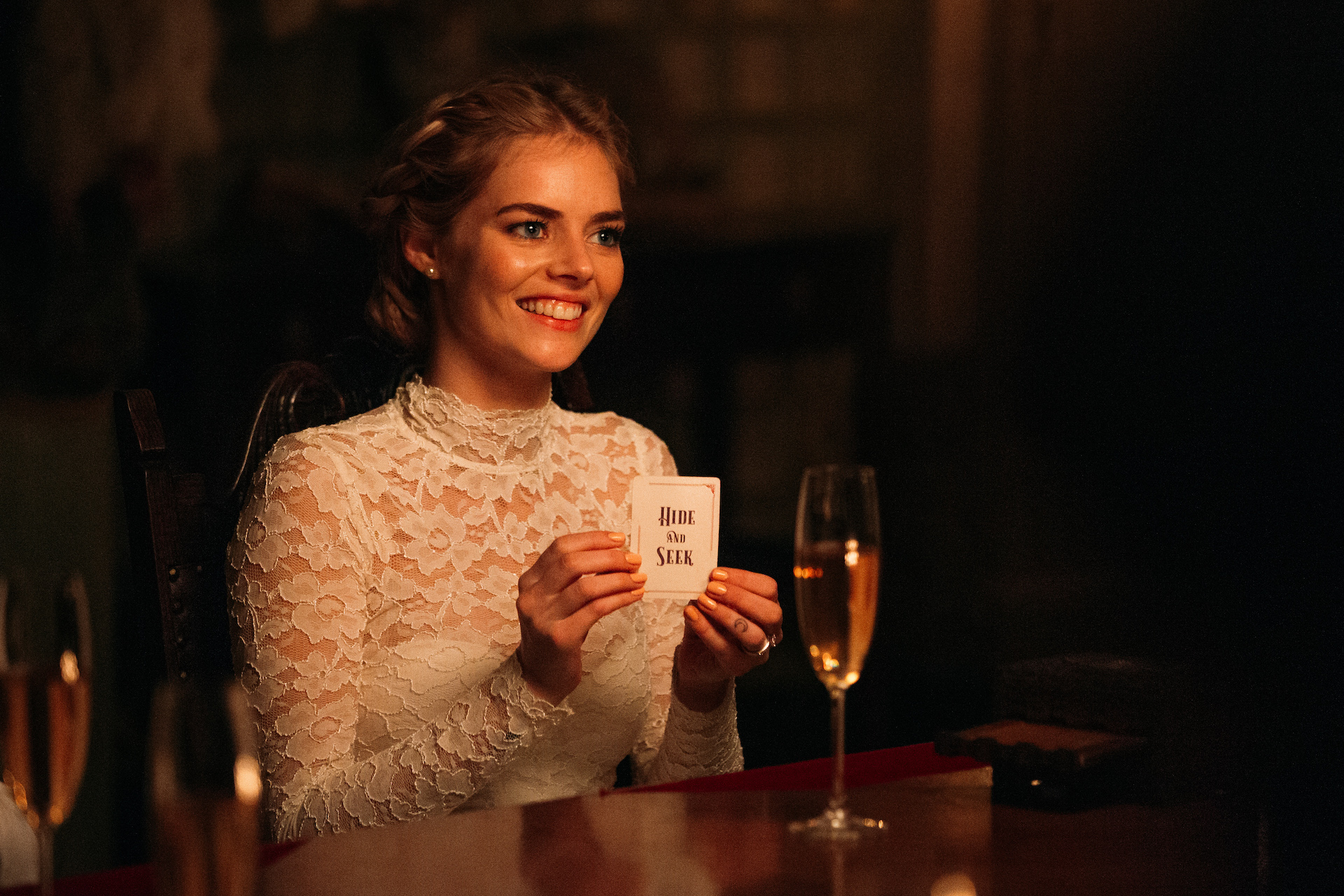 Best known as the horror movie that breathed a big ol’ sigh of relief the day after Fox News and Donald Trump went after the similarly-plotted Blumhouse film The Hunt instead of doing anything meaningful on gun control, Ready or Not is a pretty rote take on the Most Dangerous Game formula, though there are some fun variations to the formula made by directors Matt Bettinelli-Olpin and Tyler Gillett.

Taking place over a single night, the story centers around Grace (Samara Weaving, who is good here, but the superlatives she’s earned in the wake of the film’s Fantasia premiere feel a bit exaggerated), a regular mild-mannered person who happens to be marrying into Le Domas board game “Dominion.” Her fiancee, Alex, has his trepidations about her joining the family, given that the Le Domas clan is super rich and super fucked up, and he seems conflicted about something beyond the rote concerns of your average wedding. The ceremony, which takes place on the grounds of the family’s manor, goes through without a hitch, but Grace is stunned to learn that, instead of the normal wedding night passions a young couple might share alone together, she’ll have to participate in an odd family tradition.

That tradition, as you might have guessed, is that Grace has to play a game with the rest of the family, chosen at random by playing cards in a mysterious box. She has to play, otherwise she won’t be accepted as a Le Domas, and she regards it as simply an odd quirk at first. You probably know where this is going, after all, but the film complicates it in one regard. The game chosen doesn’t have to be deadly — in fact, it normally isn’t, as family members like the bro-y Fitch (Orphan Black’s Kristian Brunn, the film’s strongest comedic asset) married into the family after playing a game of chess — but if one draws the “Hide and Seek” card, bad shit will soon follow. Of course, Grace draws that very one, and, reluctantly, Alex’s father (Henry Czerny) sends her away to hide, as his mother (Andie MacDowell) arms the rest of the family members. If they don’t kill her by dawn, something horrible will happen to the family, thanks to the fact that their riches came at a price: their very souls. But that doesn’t mean that everybody’s happy about it: Alex, who abandoned the family because of their beliefs, helps her, and it’s unclear whose side his older brother, the drunken Daniel (a swell Adam Brody), is really on. A whole lot of faceless, nameless maids get killed, escape attempts happen, and Grace will really have to decide whether or not she actually wants to stay in this shitty family, should she survive.

It all amounts to what might be the world’s longest in-laws joke, and the only real difference between this story and the tales your friends tell at the bar about their significant other’s relations is that this cost a few million dollars to make As you might be able to tell, Ready or Not is essentially Get Out (though the filmmakers deny any such similarities), minus the central thematic focus that made Jordan Peele’s film thematically interesting. The harsh and indicting criticism of White America’s abuse of black bodies and minds has been replaced with its most generic substitute: Rich people! And to be fair, it’s not like there haven’t been surrealist horror films that have gone and critiqued capitalist excess at its most gruesome and ludicrous (see La Grande Bouffe or Brian Yuzna’s Society for some great examples), but this film feels stuck between its filmmakers’ two competing and contrasting goals.

At first, Bettinelli-Olpin and Gillett want Ready or Not to be a satire of the gaudy old-money’d evil that haunts our nation’s old plantation houses and manor grounds, and their literal deals with the devil that got them to prominence, benefitting from the unearned spoils that their merchant seaman great-great-grandfather conned his way into with the help of the supernatural. The bits that do work really well in this movie come from its humor, especially when it embraces a kind of vicious brutality that feels more in line with other films of its ilk (its ending, while some bullshit, is very funny), but it doesn’t feel particularly surprising. This is just what the mega-rich do anyways, both in these kind of movies and, well, to the poor in the real world, but it’s just missing some sort of extra oomph.

On the other hand, Ready or Not is happy to pull its punches for the sake of drama, which comes at the expense of its satirical qualities. We’re meant to relate to Grace and Alex’s predicament in some small way, and our directors want to rope in some larger metaphor about marriage that the film can’t totally wrangle. As such, it splits the film tonally: The scenes with the family are basically a macabre sitcom (that is often very funny!) tossed into a blender with the garden-variety escape movie that Weaving is starring in, complete with a brutish Terminator-like villain of its own, a butler named Stevens (John Ralston), who is the villain in a number of the film’s unsatisfying action sequences.

Given that it’s only 96 minutes long, there’s not much time for development to make the two tones dovetail, and it honestly feels like it’s rushing through its motions near the end, as if they’d run out of time and/or money a la Holy Grail and just wrapped. Apparently, there was a version of this film that featured the lead-up to the wedding, and nixing that building tension may have ultimately hurt the movie in the end. It’s sad: There’s a great horror film and a really great comedy both buried within Ready or Not’s high concept, but it’s just so unfocused and scatter-brained tonally that its best attributes are left hidden from the audience.