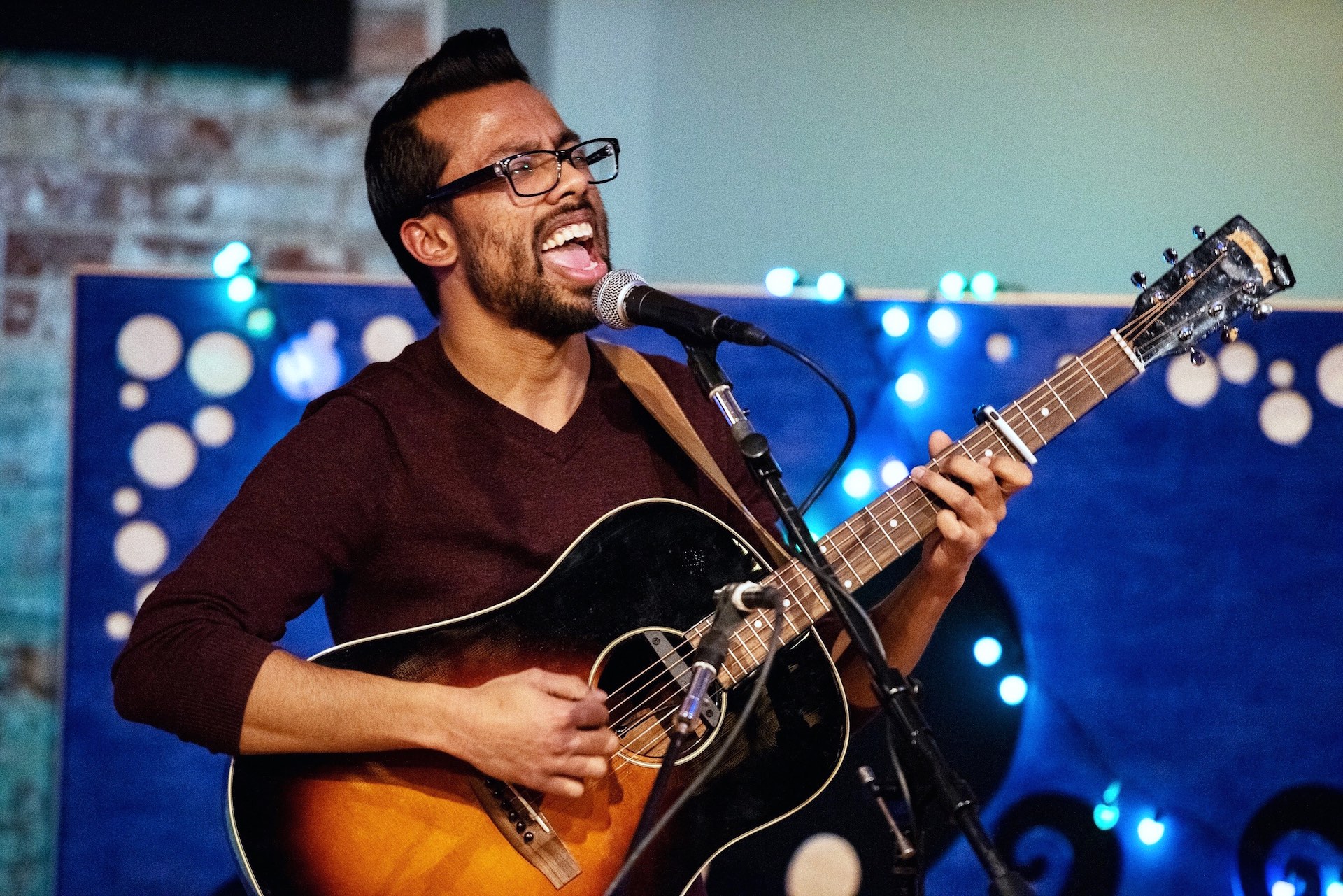 Named The Band’s All Gone (a cheeky spinoff on his song “The Gang’s All Gone”), the 14-track album doubles as the Boston folk musician’s debut full-length record, released last week (June 26). Sure, it’s not a traditional move to make your first LP a live one, but neither is including an acoustic guitar cover of “Careless Whisper” on… well, any release.

Full of fresh choices, but still grounded by Prateek’s folk roots, the aforementioned label of “cowboy eccentricities” truly explains it all when it comes to this intimate recorded set at Q Division.

“I always knew that I wanted to make a live album — some of my favorite albums are live albums, and I love hearing the jokes and banter in between the songs,” Prateek tells Vanyaland. “Foy Vance’s Live in London is a great example of that. And I love performing live. I know my songs and my stage presence and just myself in general the most when I’m on stage. Recording a studio album can be daunting because of all the decisions you need to make about arranging — should we get some loud drums on this song? Or record it solo acoustic and maybe overdub an accordion? Making a live album just seemed to be the best way to get ‘me’ across. And while I didn’t intend for this to be my first album, I couldn’t be happier that it’s my first album.”