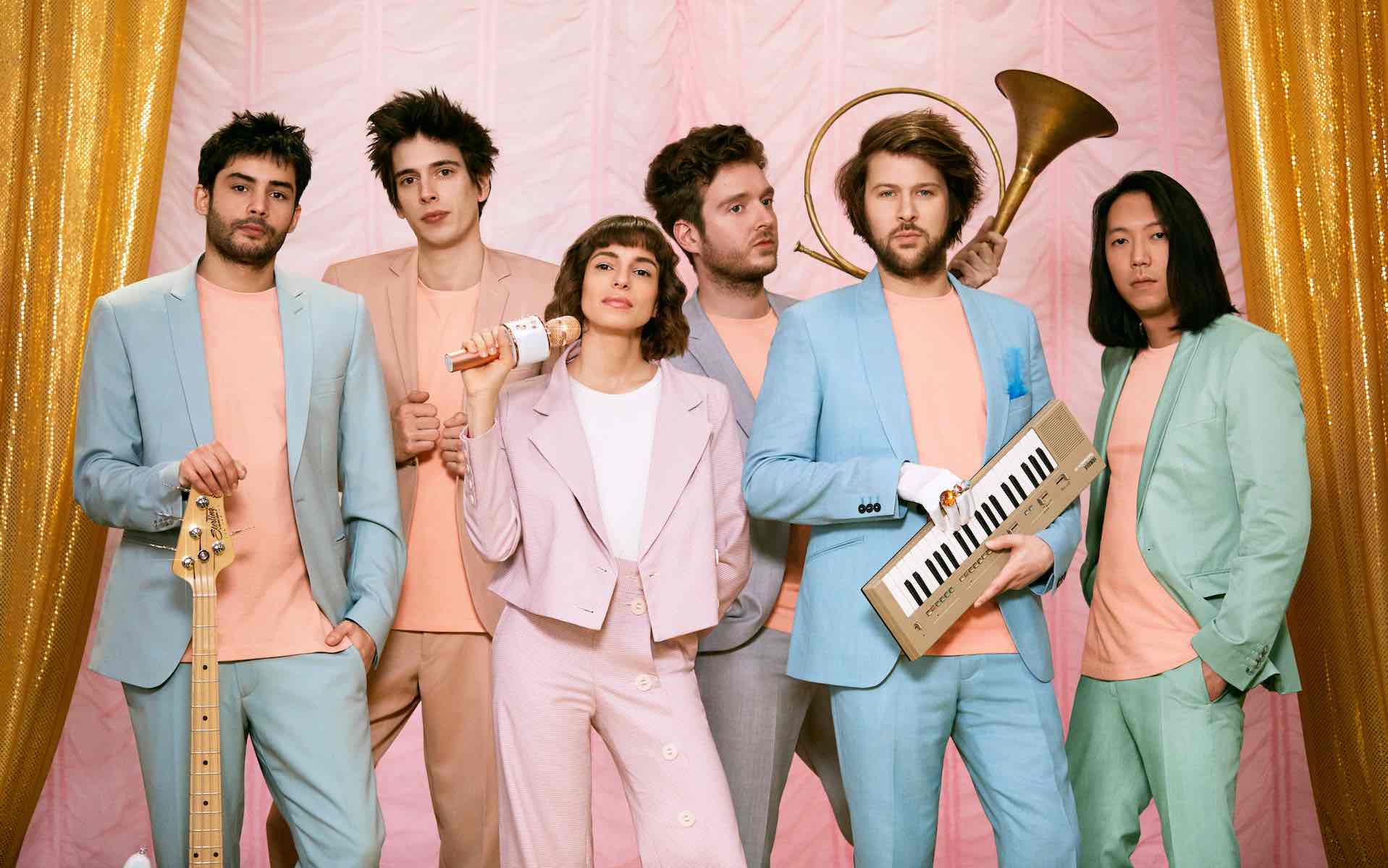 It’s fairly ironic that in a year when dance parties are outlawed, modern disco has thrived. The latest funk-fueled dance club floor filler — or, erm, bedroom floor filler, or kitchen floor filler, or wherever you may reside in perpetual quarantine — comes from L’Impératrice. Translated from French as “The Empress,” the Parisian sextet drop a smooth banger this week in “Voodoo?”, a cocktail of cool that marinates over ‘70s space disco, ‘90s electronic-pop and French film scores, and they sum it up fairly simply: “Don’t be afraid to be silly, dance hard.”

With the release of the new single, L’Impératrice are giving us a chance to dance alone and with the band, bringing the party to us by unveiling a 10-date digital world tour that hits the New York City market July 15. Each show will feature a unique set broadcast just once, with personalization of local support, and each region geo-locked for those fans only. The NYC show is accessible to those across the East Coast.

“In this weird 2020 year, we had to cancel 60 gigs around the world,” say L’Impératrice, who nixed a spring North American tour and an appearance at Coachella. “We know you miss the party… and we miss it too. We couldn’t wait any longer and we realized that culture could only count on itself. So we decided to set our very own little worldwide tour… Physically far from you but close to you through your screen.”

Grab a taste of the dance via “Voodoo?” below.