‘Dare To Be Stupid’ at 35: ‘Weird Al’ Yankovic’s bet on his own brilliance 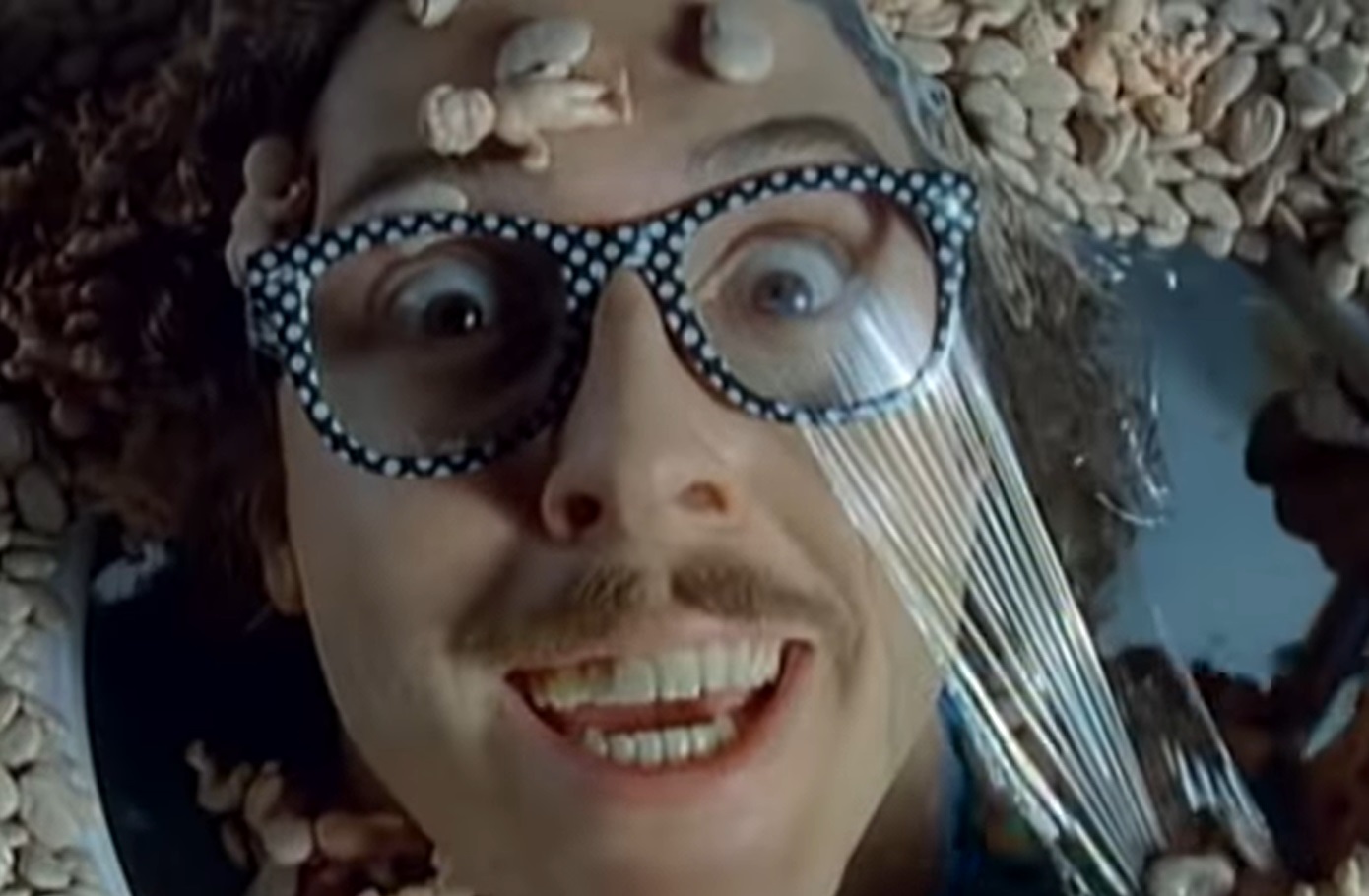 Midway through 1985, the world was already two years deep into the lyrical genius of “Weird Al” Yankovic, washed over with the popularity of classics like “Another One Rides The Bus” (from his 1983 self-titled debut) and “Eat It” (from 1984’s In 3-D).

But by the time Yankovic’s third full-length effort, Dare To Be Stupid, hit shelves on this very day 35 years ago, June 18, 1985, the Lynwood, California native was quickly en route to becoming the pop culture deity he is widely regarded as today. The handful of fan favorites and career-defining parodies that fill the record’s 37-minute runtime aided him in what was just the beginning of him achieving icon status, helping his ascension into superstardom and cementing a legacy as a lyrical wordsmith. It was anything but stupid.

From a cultural standpoint, the album holds a number of important benchmarks in Yankovic’s illustrious career. Not only did it follow in the footsteps of his first two records in achieving gold (and ultimately platinum) status, with parodies of some of the biggest artists on the planet at the time, like Madonna (“Like a Surgeon”), Huey Lewis and the News (“I Want a New Duck”) and Cyndi Lauper (“Girls Just Want To Have Lunch”), but it also introduced fans to the first batch of “Weird Al” originals and style parodies that have really stood the test of time, including “One More Minute”, and of course, the Devo-inspired title track. Hell, even the deeper cuts like “Cable TV,” “Slime Creatures From Outer Space”, and that random cover of the George of The Jungle theme still hold strong after all these years.

The album’s contribution to pop culture hasn’t been limited to just the music in its purest form, either. For example, the Junkions made their presence known in the 1986 animated film, The Transformers: The Movie to the sounds of the title track, and “This Is The Life” was originally written for the 1984 Michael Keaton-led gangster comedy Johnny Dangerously. And, of course, the lyrics to “Yoda” were inspired by that Muppet from all those super fun space battle flicks.

“Weird Al” Yankovic’s “Dare To Be Stupid” is still an absolute gem after 35 years, and has the tendency to make grown adults feel nostalgic and emotional.

Over the years, the influence that Dare To Be Stupid, and Yankovic’s talents in general, have had on the comedy and music communities is obviously undeniable, but speaking for myself as a proudly devout disciple of The Weird One since the late ’90s, the impact it’s had on me from a personal standpoint, in regards to my taste in music, comedy and pop culture as it stands today, is indeterminable.

Admittedly, my earliest memories of being baptized in the sweet offerings of “Weird Al” are a little fuzzy given the fact that I was the ripe age of four years old, but I do remember car rides on hot summer days when my brother and I, who were both *obsessed* with the Star Wars franchise, would bug the living the hell out of my mom to turn on “Yoda”, by way of cassette, so we could sing along to it for the 800th time.

Not long after those days came another Star Wars-themed parody, “The Saga Begins” (from 1999’s Running With Scissors), and it all snowballed from there into a long and nerdy fandom of one of the greatest comedy minds we’ll ever see. But, it will always stick with me that my OG exposure to “Weird Al” was through that song about “a guy who looks like a Muppet, but he’s wrinkled and green.”

Fast forward nearly 20 years, when it came time to customize my college graduation cap. I chose a line from the album I thought was appropriate for transitioning into the next phase of life to be embossed on top: “There’s no more time for crying over spilled milk, now it’s time for crying in your beer.”

Even through all of the parody gold that Yankovic has churned out over the last 35 years since Dare To Be Stupid, and the near 10 times I’ve seen him perform dozens of different songs live in concert, it never fails that any time I’ve heard that heart monitor or fast-paced keyboard intro executed by a crew of yellow hazmat suits, it’s just a different level of excitement. Oh, and that twangy acoustic guitar that has closed out every single “Weird Al” show I’ve ever had the pleasure of attending? Yeah, that may be the closest I’ve come to an out-of-body experience at a concert, and the best part is that it never gets old.

Personally, I’ve never been able to put my finger on it, but there’s just something embedded in that song for me that, even after 22 years of listening to it incessantly, will never fail to bring me back to those car rides on hot summer days, and make me feel like a little kid again. Perhaps it’s just welling nostalgia, but I can’t help but feel like it has something to do with the fact that that specific song, and ultimately the rest of Dare To Be Stupid has been, and always will be at the core of my creative engine.