Film Review: Michael B. Jordan is a Harvard-educated attorney in ‘Just Mercy’ 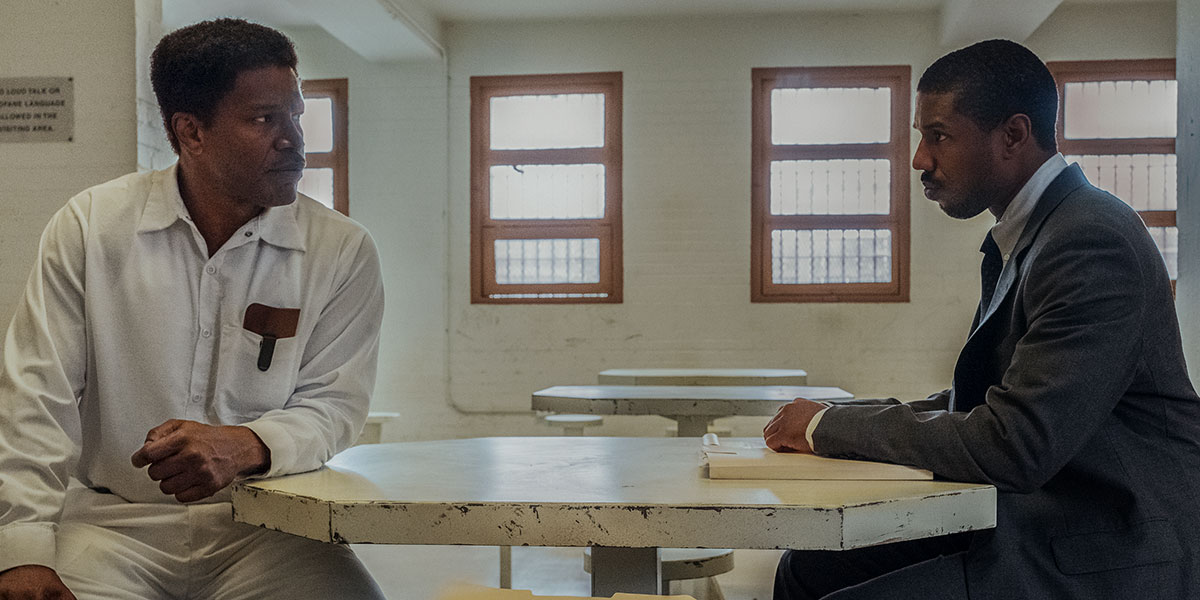 Editor’s Note: This review originally ran as part of our Toronto International Film Festival coverage, and again upon its January release. This week, the filmmakers announced it will be available to stream for free across digital platforms across the United States for the month of June.

It’s a tale as old as independent cinema itself: A powerhouse young talent directs a brilliant, heartfelt feature about something they care about, that film succeeds, and then the director flounders in the studio system for years and years moving from ill-fated prestige product to ill-fated prestige product. Destin Daniel Cretton is simply the latest victim of this cycle, whose utterly transcendent Short Term 12 both ranks as one of the best American dramas of the last decade and shows that he’s so much more capable than directing adaptations of nonfiction airport reads. That was true of his adaptation of Jeannette Wallis’s The Glass Castle, which came and went without notice back in 2017, and it’s also true of his latest project, Just Mercy, a courtroom drama whose heart is firmly in the right place but never once shows signs of a pulse.

Based on Bryan Stevenson’s 2014 memoir of the same name, the film describes the period in Stevenson’s life where, in 1989, the Harvard-educated attorney (played here by Michael B. Jordan), fresh out of law school, headed back down to Montgomery County, Alabama, in order to fight for the rights of condemned men, sentenced to death upon dubiously-argued and executed trials. It’s there that he forms a partnership with Eva Ansley (Brie Larson), a local woman dedicated to the cause as well, and despite opposition from members of the community, the two begin their work with the inmates, many of whom have no other representation. Some, like the bomb-maker and scarred vet Herbert Richardson (Rob Morgan), are guilty of their crimes; others, like Walter McMillan (Jamie Foxx), are innocent men that have been wrongfully imprisoned — it doesn’t matter. Stevenson and Ansley want to help.

Yet the young lawyer takes a special interest in McMillan, a quiet family man who was sentenced to death for the murder of a white woman, based on the questionable testimony of a white felon named Ralph Myers (a solid Tim Blake Nelson). Myers gave this testimony in exchange for leniency on a different crime he committed, and the D.A. (Rafe Spall) doesn’t give a damn if he’s got the wrong man in jail or not. Somebody was caught, somebody was convicted. The entire town sees no problem with this, despite having a literal museum devoted to Harper Lee’s To Kill a Mockingbird in it, and Stevenson faces a whole bunch of pushback from the townsfolk who just want him to leave it alone. He’s subjected to a number of cruelties, both large and small — he’s strip-searched when he wants to enter the prison, he’s harassed by the police — but he continues along in his quest to see McMillan freed.

This would all make for an excellent movie if Cretton hadn’t decided to disappear into the goddamn bushes like that GIF of Homer Simpson, essentially letting the film direct itself. The cast is fine, sure, but Jordan’s playing himself, not really a character, and Foxx’s work is occasionally so understated that you forget that he’s a major character in the film. There’s very little that separates this visually or textually from every other movie of its ilk that came before, except for the explicit anti-death penalty messaging (which is appreciated very much). The look is plain, and it’s shot and edited like an episode of Law & Order. Beyond Spall and Larson’s attempts at accents, Alabama isn’t used to great effect (the ties between Mockingbird and this story being the most interesting thing about it), and when Jordan’s character talks about how this town could be like any other town in America, you very much believe it. But beyond all that, it’s just so empty of magic or pathos. Yes, it thrills when the court decision comes down and we find out McMillan’s fate: We have hearts. But it’s been roughly a day since I’ve seen the film, and I’m struggling to remember any standout moments beyond a few real missed opportunities that Cretton has throughout the 135-minute runtime.

Take, for instance, a scene where we follow a prisoner as he’s about to be executed — electrocuted, actually, given that Alabama was still using the electric chair back in the late ‘80s — and we witness his tragic march to his death, where, upon the moment where the switch is about to be thrown, his block mates bang their cups together against the bars of their cells in a last-minute show of solidarity. This is a beautiful moment, one that is worthy of the lump in your throat that you will get, but Cretton pulls his punch and cuts away to Jordan and the gallery’s faces at the moment of the man’s death. This is not a plea to make this any more shocking than it needs to be: in a movie about the horrible cruelty of the death penalty, you can’t do the Call Me By Your Name pan-away-from-the-naughty and still make your point as well as you could without inviting some criticism.

That’s the whole issue with Just Mercy: It is the kind of generic issue-driven legal drama that is terrified to get into the muck of reality, afraid to get mired in an argument about the “acceptability” of its message if its content were anything but middle-of-the-road. Short Term 12 didn’t do this: It presented the world as it was to those characters and didn’t obscure anything from you. And, as such, it makes you wonder where that filmmaker went.