By Victoria Wasylakon May 29, 2020
ShareTweet 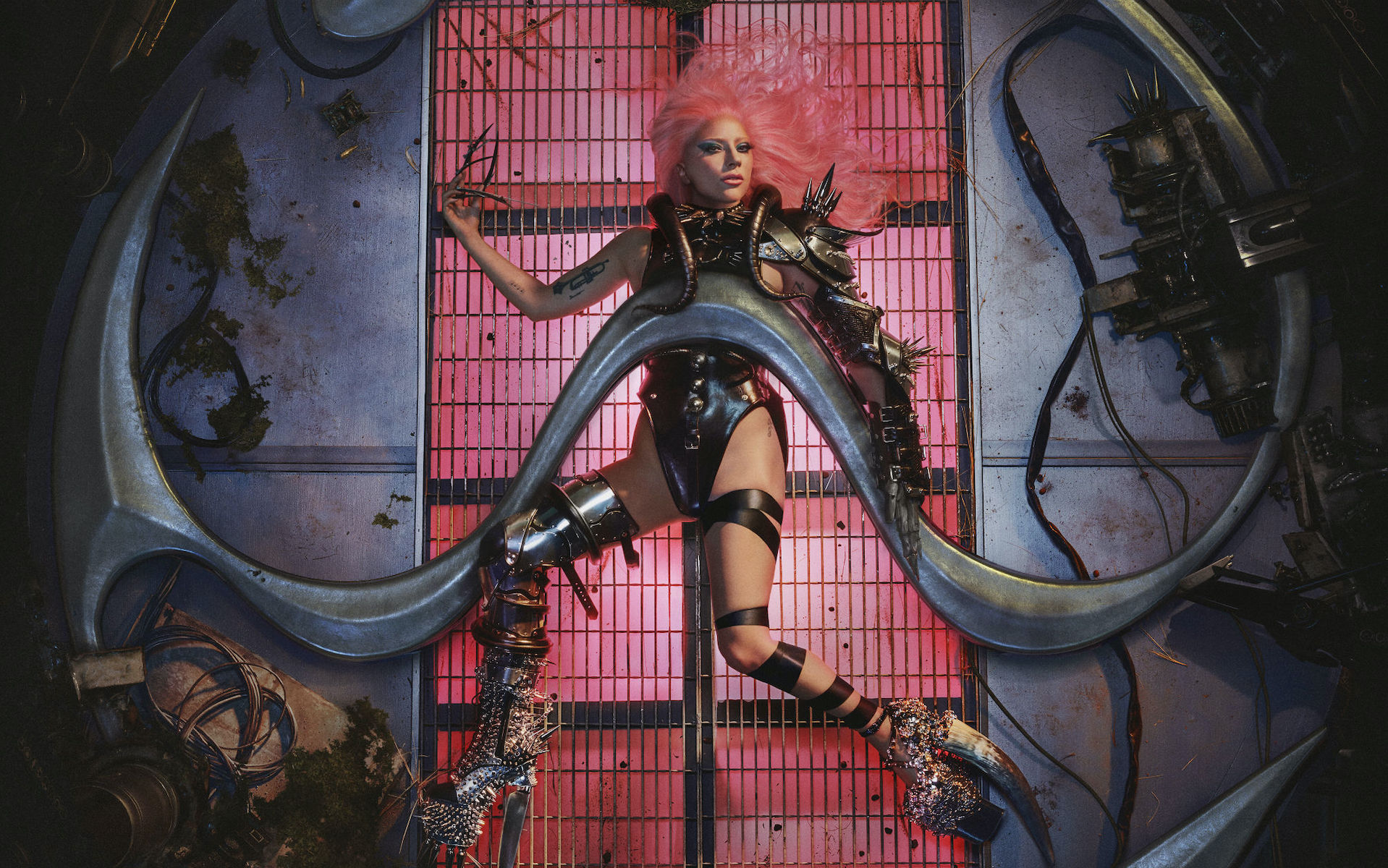 In 2013, the world wasn’t advanced enough to accept Lady Gaga’s record ARTPOP. It’s fitting, then, that when she prepared her next album of pure pop seven years later, she took her creation elsewhere, founding the mindset that is Chromatica — both the place and the album.

Following the record’s release today (May 29), Vanyaland has prepared your passport to Chromatica with a track-by-track recap, offered in the order they appear on the album (interludes excluded). Earth is cancelled – welcome to Chromatica.

What do you do when you name an album after an imaginary place? You open it with a reference to the most storied fantasyland of all time, that’s what. From its inception, “Alice” crushes the rootsy charm of Joanne and A Star Is Born under the heel of Gaga’s Pleaser heels and reestablishes her domination on the dance floor.

‘Rain On Me’ with Ariana Grande

What’s there to say about “Rain On Me” that the song’s accompanying music video hasn’t already spelled out in Robert-Rodriguez-directed technicolor brilliance? Pop greatness never merely rains — it pours — and this duet with Ariana Grande floods Chromatica with positivity gleaned from each woman’s trauma. Suggested alternate title: “Reign On Me,” since this one is poised to rule pop collabs for years to come.

The perfect soundtrack to a New York City stroll, “Free Woman” is the softer cousin of Born This Way cult classic “Scheiße,” but it’s certainly not any tamer. Fittingly, it completes Gaga’s longstanding pattern of self-sufficient womanhood (“I’m not nothin’ without a steady hand”) bolstered by ’80s-aligned dance beats.

Where most of Chromatica bears a giddy grin, “Fun Tonight” briefly strips the smiles away for a lengthy, contemplative pause regarding old wounds. A surprisingly buoyant song considering its subject matter, “Fun Tonight” hits hardest when its lyrics are awkwardly plain: “What happens now? I’m not ok.” Under any other circumstances, such simplicity would be a waste of Gaga’s songwriting abilities, but in this case, it shares a slice of Gaga’s real life mental dialogue.

Gaga packs a blunt depiction of mental health issues into this robotic house number, elevating most pop songs’ baseless “feel better! don’t be sad!” mentality to a far more genuine situation: Reconciling with the reality of taking psych meds. Heavenly in its execution, “911” still manages to be brutally grounding, and progressively chips away at the stigma of being medicated for mental-health-related problems.

Sure, most femme singers have written about the pressure to be plastic and/or perfect — Gaga included, see “The Fame” — but this anti-assembly-line-pop-star decree doubles as a refusal to be boxed in to any fashion style, genre, or unhappy relationship. “I am your type?” she questions, but here’s a spoiler: She doesn’t care either way.

The shortest track of the lot, this collaboration with BLACKPINK clocks in at 2:37, and that’s the main complaint with “Sour Candy;” it unwraps itself far too quickly. For a song slathered in sex appeal, it’s not quite long enough to savor properly, but at least it resurrects Gaga’s ol’ sing-talk routine.

It’s a song about sex, but with the added mystique of a dragon in the background — or something like that. “Enigma” pulses with a mythical energy that’s unmatched in Gaga’s discography, which says something considering ARTPOP overflowed with nods to Greek and Roman gods. (No disrespect, “Venus”).

Of all the “fuck, finally!” moments of relief provided by Chromatica‘s return to pure pop form, “Replay” is the grandest release of them all. The track is easily Chromatica‘s high point: Lyrically and musically, it captures precisely what rocketed Gaga to superstardom with its seamless combination of darkness and danceability. “Every single day, yeah, I dig a grave / Then I sit inside it, wondering if I’ll behave,” Gaga confesses, followed by the chorus’ chant of “the scars on my mind are on replay, re-replay.” We bestow upon “Replay” the highest compliment available from a music critic: This sounds like a clip from The Fame Monster, meant to be sandwiched between “Monster” and “Dance In The Dark.” 2009 Gaga walks among us.

‘Sine From Above’ featuring Elton John

Taylor Swift says “spelling is fun!”; Lady Gaga answers with “mathematics is fun!” After some confusing interview answers and album descriptions (“I think that we’re actually operating on a completely rudimentary level where we square things off into very simplified colors,” Gaga told Zane Lowe) “Sine From Above” grapples with Gaga’s heady theories for Chromatica. Named after the shape of sound waves — sine curves — this tune reaches into metaphysical territory with some assistance from Elton John. Just don’t use it for calculus homework help.

No part of Chromatica wavers into ballad territory, but “1000 Doves” wields the energy of a good piano-powered swan song despite its unce unce unce refrain. Paired with “Sine From Above,” these two tunes present a softer, sweeping side of Chromatica.

If there’s a faint clicking in this distance you hear, it’s all the Madonna comparisons currently being smeared all over social media. It happened with “Born This Way,” and it’s bound to happen again in 2020, as “Babylon” can only be described as the “Vogue” for a new generation of dancing queens. The tune references the Old Testament tale of the Tower of Babel because it’s truly a catwalk anthem of biblical proportions. Like “The Edge of Glory” and “Applause” before it, “Babylon” wraps up Chromatica with a triumphant final strut executed with the confidence of a timeless pop icon. Long live Chromatica.