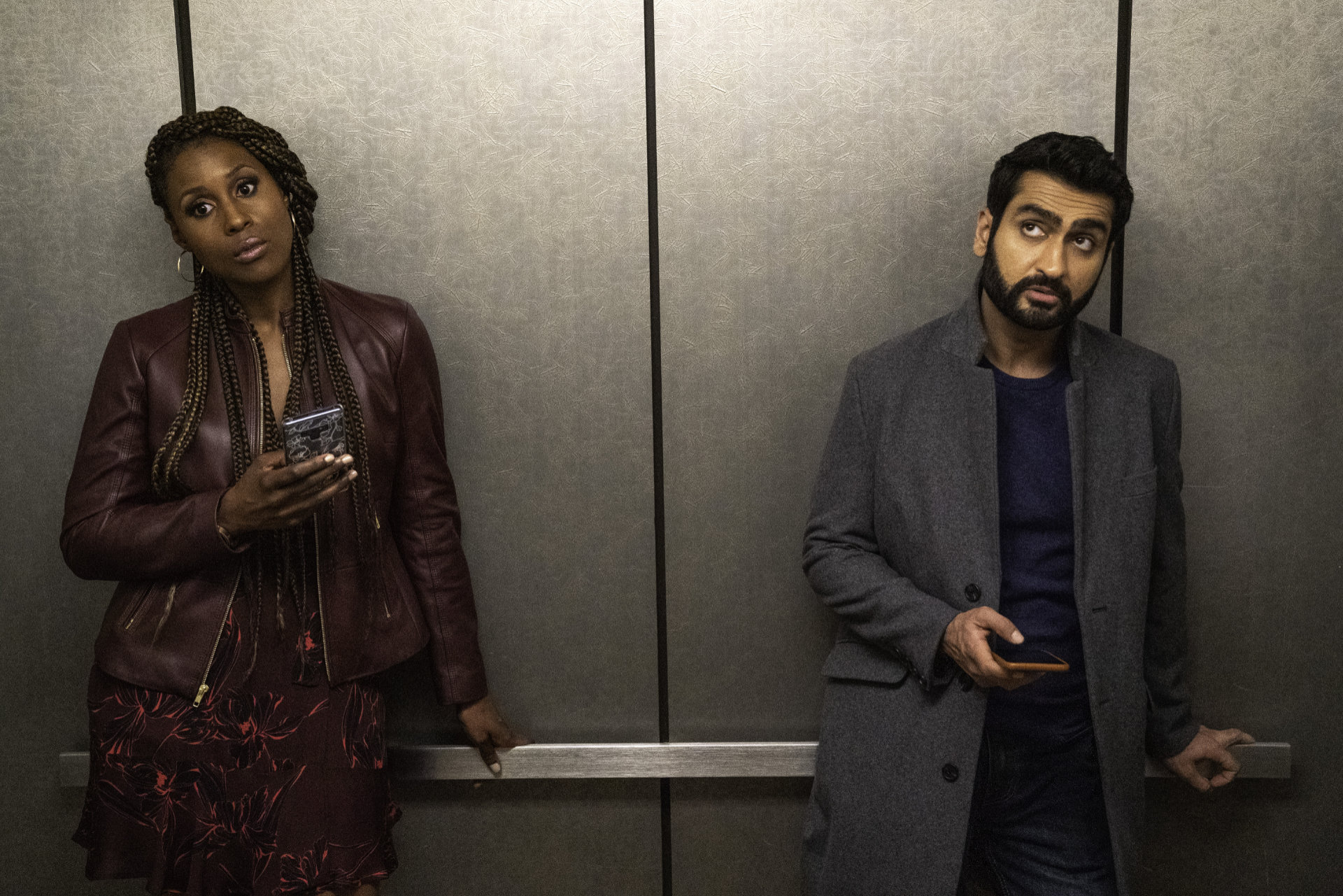 It feels like an unwritten rule of comedy that a pair of comedians, at the height of their powers, must star in a film that is so boring and forgettable that it will inevitably vanish from memory the minute one decides to stumble on the Wikipedia page for the ’86 Denver Broncos and decides to memorize the play-by-play of “The Drive” at four in the morning after a bender. The release calendar is littered with these sunken ships, even if they’re profitable in the short term, and you can plumb their skeletal remains for whatever minor treasure remains. Date Night? Due Date? Wanderlust? Like a Boss? Identity Thief? Late Night? Remember any of those? No? Well, you’re primed to forget about Michael Showalter’s The Lovebirds, which was shipped off to Netflix by Paramount in the wake of the COVID-19 pandemic. It squanders the talents of its leads — the incredible pairing of Issa Rae and Kumail Nanjiani — and is perfect to not pay that much attention to as you level up your Alphabears in your underwear.

Rae and Nanjiani play Leilani and Jibran, a New Orleans couple who have hit a rocky patch in their relationship. Leilani works in marketing, and is obsessed with keeping up with the Joneses on Insta, believing that her friends are having passionate and wonderful relationships while hers fizzles out. Jibran’s a documentary filmmaker who can’t seem to finish his big project, and who’s secretly afraid that Leilani will leave him for another, better, partner. On a drive to a friend’s party, the pair have an argument and decide that they’re probably done — things just aren’t working out. But almost as soon as they come to that conclusion, a bike messenger shatters their windshield. Confused and concerned, the pair hop out and attempt to help the man, but he gets on his bike and flees. It’s then that a local “cop” (Paul Sparks) commandeers their vehicle and chases the man down, but the pair realize that something is wrong as soon as the “cop” runs the man over, and then backs over him several times.

Now unwilling parties to a murder, the pair believe that they’re the prime suspects for the crime, and Leilani, having lifted the bike messenger’s cell phone, decides that the only way that they’ll be able to clear their names is by following whatever leads it gives them. This leads them into a variety of bizarre settings and situations over the course of a single night — a blackmail operation run by a bunch of frat boys, an overzealous congressman’s wife who tries to burn the pair with bacon grease in her stable, and, finally, a bizarre Illuminati ritual. And, as they go from place to place, the pair realize some truths about their romance and are forced to re-evaluate their decision to separate.

It’s somewhat fascinating to see Rae and Nanjiani in this kind of comedy after some incredibly strong dramatic performances — Rae was lovely in The Photograph, and Nanjiani starred in one of the best romantic comedies of the last 20 years just two years earlier when he teamed up with Showalter for The Big Sick — but they’re never really able to let loose in either direction. Their conflicts are so rote, their barbs so tongue-in-cheek, that their resolution feels telegraphed like a bad punch, and that robs both the drama and the comedy of any bite or meaning. Perhaps it’s because of how quickly the film unfolds, as the minute they decide that they’re finished, the bike messenger crashes into their window, and a different, perhaps more interesting movie, might have seen them as exes before Paul Sparks carjacks them. There’s no suspense or spark here, and it makes them weirdly hard to root for — they don’t grow, and Nanjiani somehow managed to do that in Stuber.

Like most studio comedies these days, Showalter’s direction feels flat and uninteresting — his action, even in the most high-stakes sequence, is about as stiff as Liam Neeson’s knees after three Taken movies — and it just feels somewhat exasperated, even as his characters get further and further into their wild night. There are a number of jokes that just don’t really work, the dialogue too forgettable and uninteresting to remain memorable (an Amazing Race gag? In 2020?), and the physical comedy far too little to sustain (though a scene in which the pair attempt to break into an apartment building is decently amusing, all things considered). The Lovebirds might have just been a bad fit for the director, who operates best in situations of extreme absurdity (especially in his own acting career) or James L. Brooks-style domestic dramedy, both of which are few and far in between here.

There are moments of both, though: An early-film montage depicting the origins of Jibran and Lilani’s romance — an extended hang that results in canceled plans and public make-outs — wouldn’t have felt out of place in The Big Sick, and it’s a moment in which both Nanjiani and Rae get a chance to show off some of their honest-to-god charm and chemistry. And, as for the absurd, a brief jaunt into the world of a mysterious secret society straight out of a very MPAA-friendly version of Eyes Wide Shut offers up some relatively vivid imagery, but it’s telling that Showalter, even in staging an on-screen orgy, observed by hundreds of masked rich people, leaves most of the details of the ritual up to the imagination. Surely there could have been a way to make it ickier or more uncomfortable for our leads, who are mainly left to be Statler and Waldorf types in the mezzanine, but that might have amounted in some sort of discomfort.

And that, to be frank, is exactly what The Lovebirds wants to avoid. It’s a comfort-food comedy for those who want to see their faves react to some goofy situations, without any of the emotional or visual risks that those situations might entail, and it might be one of the lightest R-ratings in recent memory. To be clear, there’s nothing wrong with that in theory — not every release will be a home run, after all, and there’s something to be said for mild entertainments in troubling times (see: Trolls World Tour and its climb to popularity and profitability) — but it’s a real bummer to see Rae and Nanjiani, who established their careers coasting on the border between comedy and drama, diminish their wattage in something so bland and false-feeling.