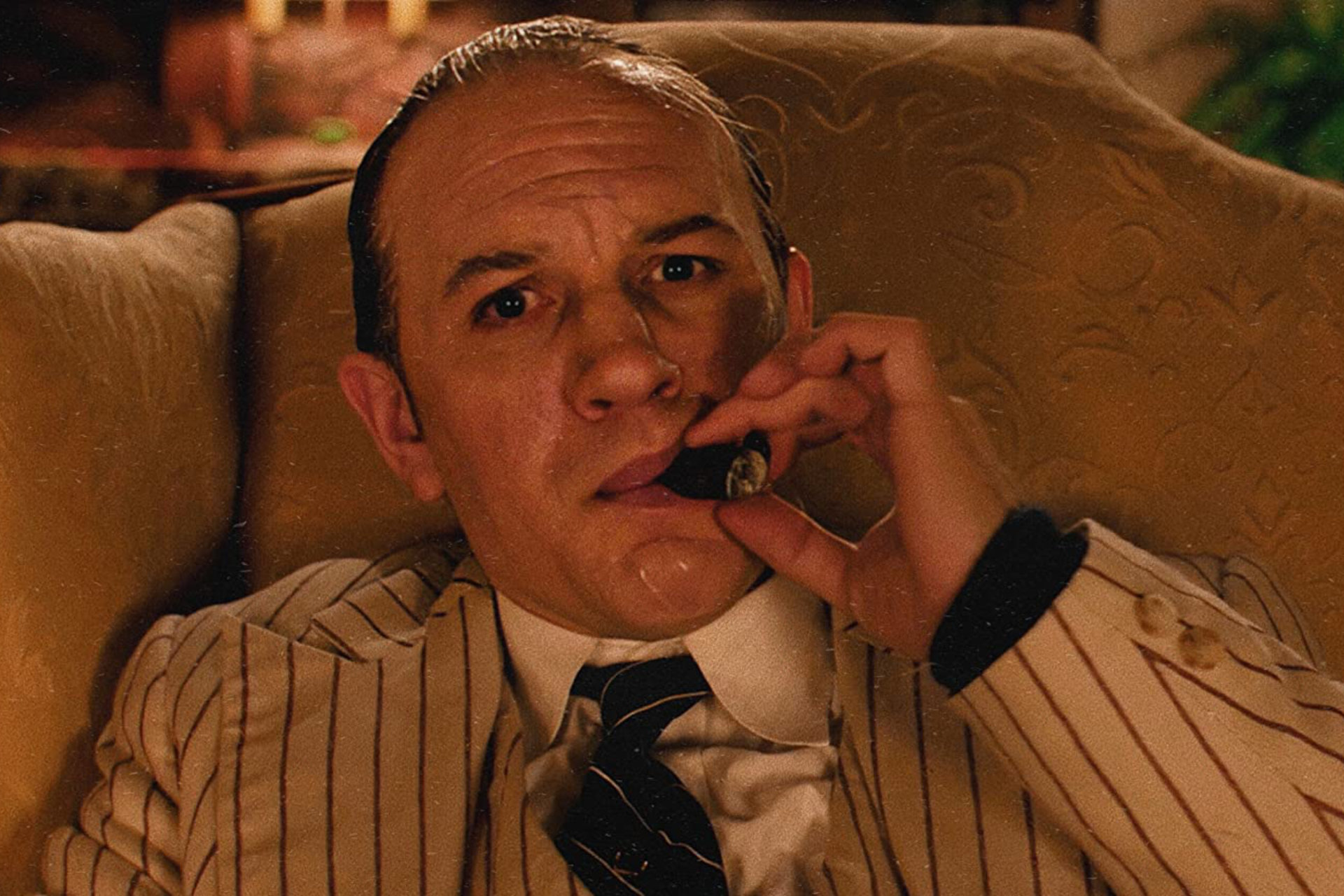 Josh Trank’s meteoric rise and fall is already the stuff of legend in film circles. Having made shorts online for a number of years, Trank was viewed as wunderkind after his first feature, Chronicle, breathed new life into the stale found-footage genre and became an unexpected hit (hell, it was even parodied in The Simpsons a few years later). But he was soon fed into the studio meat grinder, taking a job on Fox’s ill-fated reboot of Fantastic Four, in which he both brushed up against the worst aspects of big-business production and bit off way more than he could chew. He went through hell, some of which was due to his own making — one can hardly forget the frustrated tweets he sent out in advance of Fantastic Four‘s release date — and found himself isolated and alone, at the end of his rope. But, as the Churchill axiom goes, Trank kept going, emerging online with radical honesty and candor about his previous work. And, after all this time, the director’s returned with Capone, with Tom Hardy taking center stage in a very different look at the gangster and his legacy. It’s a bizarre, engaging film, one that offers the fullest glimpse of Trank’s skills as a filmmaker.

Set during the last year of the Al Capone’s life, as he’s isolated with friends and family in his Florida compound after his supervised medical release from Alcatraz, Capone is probably not what one would expect from its title. Known originally as Fonzo (a much, much better title, whose change was a last-minute concession to producers), taken from Capone’s nickname among those closest to him, it’s a surrealistic nightmare, as the syphilitic gangster’s cognitive decline causes him to become paranoid, nearly mute, and delusional. He’s broke, rendered penniless after his years in prison, and the palatial estate that he lives on seems to insult him at every turn, and though he had hidden millions of dollars somewhere before he went into the joint, he can’t remember where he put them. He’s wracked with guilt over his actions, and is stalked by the specter of his infamy everywhere he turns, unable to listen to the radio in peace without hearing a dramatization of one of his crimes.

The FBI, whose team is led by a headstrong young agent (Jack Lowden, doing a goofy and fun Boston accent) is still monitoring him, overhearing Capone’s delusional outbursts and crazed rantings on wiretaps, and sending a crooked doctor (Kyle MacLachlan) to gently extract any other information from him. His wife (Linda Cardinelli), brother (Al Sapienza), and son (Noel Fischer) act as his carers and estate managers and are in the process of selling all of his ill-gotten gains to make some money so that they can continue to support him and their lavish lifestyle. He begins to see this as a betrayal and begins lashing out at those around him, only calmed by the return of a gentle, familiar presence to his life: His friend Johnny (Matt Dillon), who reminds him of the good times at every turn. But the lines between reality and fantasy are beginning to blur for the gangster, and the once-powerful mob boss is soon at the mercy of the one thing he’d never thought would fail him — his rotting mind.

As always, Hardy is fantastically unhinged, and his Capone is basically what would happen if Edward G. Robinson (cigar and all), a bottle of bourbon and a heaping pile of gravel were thrown together in a meat-grinder and stuffed into the casing of a 42-year-old English actor willing to walk on the wild side. There’s a clear through-line here between his previous work in the crime/gangster genre, with aspects of Charles Bronson and Ronnie Kray occasionally revealing themselves, but the gangster’s confusion adds an unstable element that keeps this performance from feeling derivative. It stresses just how far he’s fallen — how utterly powerless and pathetic syphilis has rendered him — and it compliments other portrayals of Capone in popular media, given how little we see of him in his heyday (for those hoping for some De Niro-style theatrics here from Hardy, we see the iconic version of the gangster approximately once, in a mirror during a fantasy sequence, regarding his future self with disdain). As such, when the character lashes out in his confusion and frustration, Trank’s film becomes terrifying and relatable to those who have witnessed a similar cognitive decline in an aging family member or friend.

Given this, it makes sense that the movie’s highlights are when Trank lets us inside Capone’s guilt-ridden fantasy life, where his hallucinations of former friends, crimes committed, and lavish Roaring ’20s finery blend together into something intoxicating and Lynchian, with the standout being a mid-film phantasmagoria of gangland violence and Louis Armstrong. He affords the gangster a charitable amount of sympathy in his belief and portrayal of the man’s conscience, but Hardy’s blank gaze helps to offset this and prevents it from being gauche. But it’s a shame how limited these moments are — oftentimes, we’re left to see our protagonist through the eyes of others, and those moments often vary in their effectiveness. For every Wizard of Oz singalong or gator hijinks on the open seas, we’re given a scene of the gangster shitting himself (in bed or in an FBI interview), or, worse, have him totally removed from the discussion at hand. It’s here, also, that Trank’s skills as an editor crash like a wave against a pier, with some bizarre sloppiness undermining some of the filler — a scene in which Cardinelli and MacLachlan discuss Hardy’s condition in the courtyard of the estate, with the gangster at a remove in the foreground, is confused and oddly cut in a way that I don’t know if Trank intended for it to be.

Capone has one or two other minor issues: The smoothness of the digital cinematography looks odd, though I’m willing to believe it works much better in theaters rather than on a TV; and EL-P’s synth-and-drone-heavy score, which is both good musically (it’s a solid Tangerine Dream impression) and will probably be added to an ambient Spotify playlist I have for writing soon after it drops, doesn’t really gel well with the material here. But they’re very forgivable in light of just how compelling it is.

As the saying goes, “perfect” is often the enemy of “good,” and this unfiltered, uncompromised access to Trank as both a filmmaker and an aestheticist fills me with some genuine excitement as to what he’ll do next. I was often reminded of another one of my favorite films of the year, Michael Almereyda’s Tesla (and not solely because of MacLachlan’s presence), which is coming out later this summer, in both its emotional revisionism and playfulness in practice, and, thematically, how the filmmakers use a historical stand-in as a way to process developments within their own lives. Capone is a fascinating and intensely personal film, a reboot of Trank’s career in all the best ways, and it provides the director with a solid foundation upon which he can rebuild.