Sundance 2020: Almereyda’s ‘Tesla’ is what biopics should be 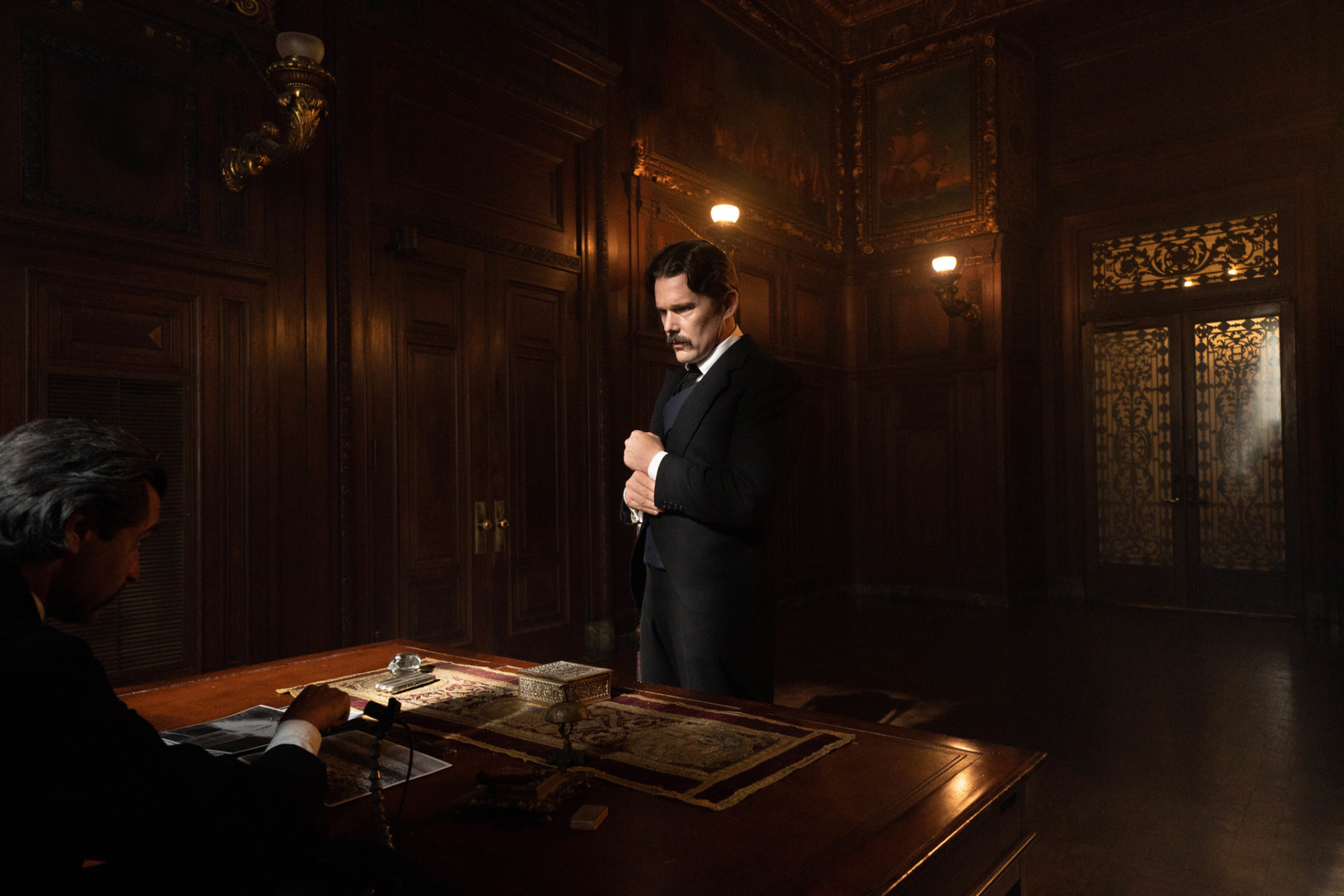 Had you told me a year ago that an Ethan Hawke-led Nikola Tesla biopic would be both one of the most controversial films at Sundance 2020 and that I would be one of its most ardent defenders, I probably would have given you a wedgie and told you to stop day-drinking. But, sadly, you would have been right, and I probably would have sought you out for stock tips if we’d actually had this conversation as soon as I got off the plane from Park City. Michael Almereyda’s Tesla is a wonderfully bizarre little film, a mood piece that aims to get us inside the mind of one of the 20th century’s most interesting figures: A man who attempted to harness the unknown, much like an electrified Prometheus, and, instead of suffering ravens consuming his liver day and night as punishment from an angry Zeus, instead suffered the wily market-based manipulations of capitalist robber barons.

However, if you’re looking for a conventional tale about the War of the Currents, you probably should seek out The Current War, where all of the key figures are comfortably young and attractive and very fuckable, including that film’s Tesla, as played there by Nicholas Hoult. This is a weird, weird film, one more in line with Alex Cox’s Walker or Paul Schrader’s Mishima than anything one would get in advance of Oscar season. It is gleefully anachronistic, a discovery one finds out within the film’s first 20 minutes, as soon as our narrator and Tesla’s love interest, Anne Morgan (Eve Hewson), pulls out a Macbook and projector in order to show us how only roughly five pictures of Tesla ever circulate online in comparison to the thousands that turn up when one types in “Thomas Edison.” Edison, here played by a fantastic Kyle MacLachlan, only serves as a poetic contrast to Tesla’s ambition, his purpose as narrative villain fulfilled within the film’s first forty-five minutes. Almereyda imagines them having ice cream cone fights (in acting out Edison’s famous comment about Tesla misunderstanding “the American sense of humor) and having withering conversations over some damn fine pie at the Chicago World’s Fair, a welcome change of pace.

Hawke is more than up to the task here, and he strikes a comfortable middle ground between the popular perception of Tesla as alienated outcast and David Bowie’s portrayal of the genius in The Prestige, a purveyor of wonders so bizarre that they might as well be magic. As filmed by Sean Price Williams, Alex Ross Perry’s longtime cinematographer, his aesthetic surroundings are often reminiscent of Andrew Dominik’s The Assassination of Jesse James by the Coward Robert Ford, though significantly smaller in scope — I’ve always admired Dominik’s attempt to capture the world through the imperfect and slightly warped craft of an old window, and there are often moments in Tesla where that approach feels echoed, such as a scene in which Hawke struggles with his brother’s memory while penning a letter by firelight. The painted matte backgrounds give the film a low-fi gorgeousness inside the boxy frame and allow for its imagination to be freed from budgetary concerns. Had realism been a concern for Almereyda, I might give more credence to the complaints that plenty of people have had with its “cheapness,” but it’s not aiming for that in the slightest, and instead the director has his sights set on a kind of classical unreality, like something out of the silent era.

Every touch here serves a narrative or tonal purpose, including the anachronisms, with Tesla being surrounded by the fruits of his labor, even though he’ll never get to see them fulfilled. His heart, suffused with a bleak sadness, remains unknowable, much like how we’ll never discover (or be able to replicate) some of his experiments, and though Almereyda attempts to offer some explanation for his aloofness — a tragic loss as a young man, an inability to connect with others thanks to his intense germaphobia and awkwardness — he chooses to focus on the poetry of the moment. His writing is often fantastic, and even throwaway lines such as when George Westinghouse (Jim Gaffigan) speaks with Tesla about men with “color last names” before talking about how he once knew a man named “Orange” are weirdly lovely. That’s to say nothing of the narration, which preserves as many of Tesla’s own magical quotes, say, about the world being a large cat, and him wondering who’s petting it, in all of their quiet beauty.

Tesla is a film endowed with feeling, and it’s all expressed in a moment near its end that has proven to be quite the divisive choice. I won’t spoil it for you, but the information is out there online, and I was genuinely pleased when it unfolded in front of me. As a heightened expression of emotion, there’s generally nothing better than what Almereyda does here, and I sort of fell in love with Tesla for its willingness to be its odd and iconoclastic self. It gets to the truth of how we see a figure like Tesla, and I wish more biopics were willing to go this hard in the paint: Cinema would be so much better as a result.