Your move, creep: RoboCop is coming to ‘Mortal Kombat 11: Aftermath’

By Nick Johnstonon May 6, 2020
ShareTweet 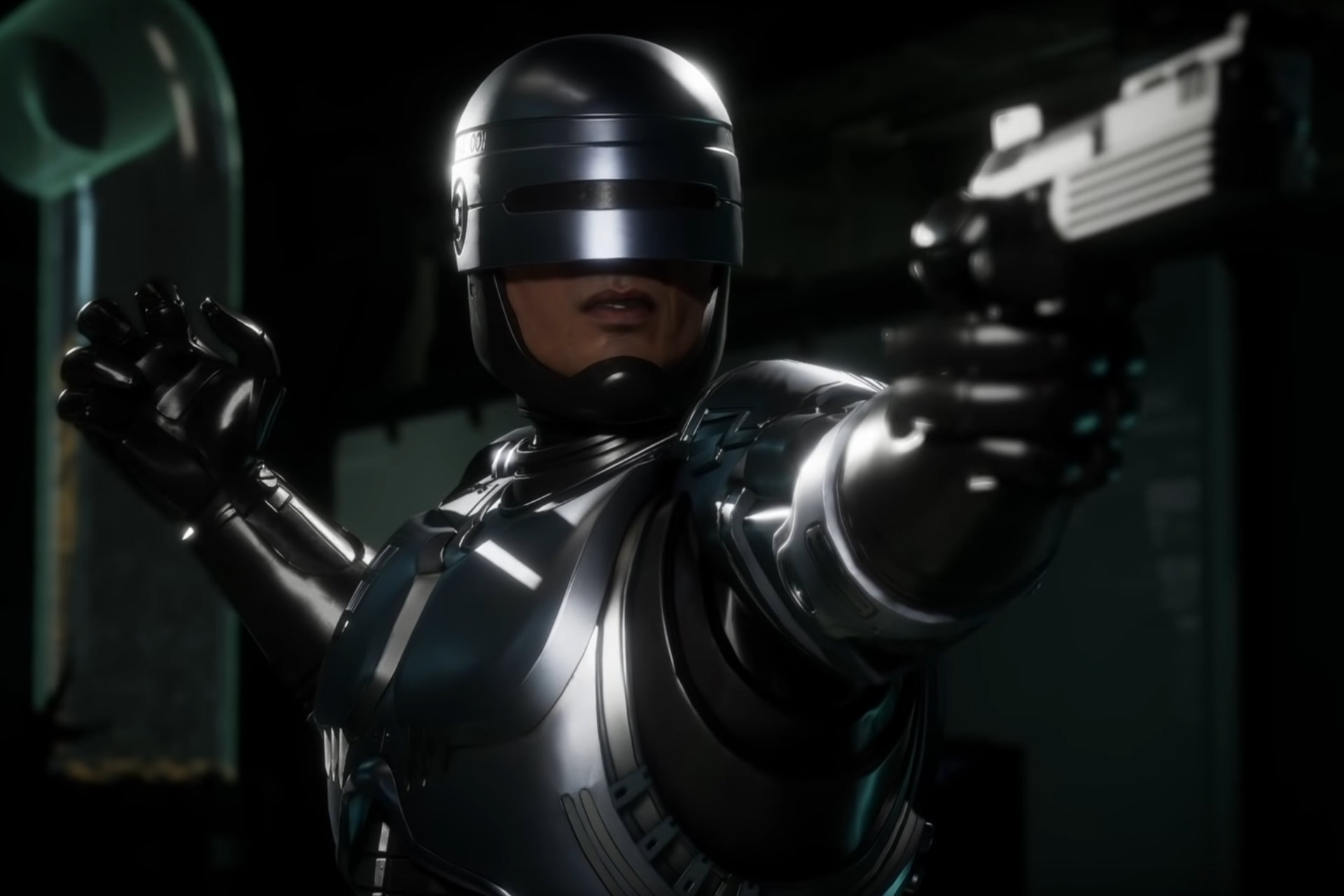 For as long as we can remember, we’ve always had a blast when a character from a movie winds up (unexpectedly) in a video game. Who can forget eagerly punching in cheat codes to get Darth Maul in Tony Hawk’s Pro Skater 3 while enjoying a delicious P’Zone, or when Yoda and Darth Vader showed up in Soul Calibur IV a decade or so ago while chowing down on a $5 footlong because of the recession (what can we say, our memories are often tied to food). Our favorite modern take on the “guest character” has to be in the revitalized and revived Mortal Kombat series, which, since 2011, has offered up some classic genre characters in its DLC packs. Mortal Kombat had Freddy Kruger, who would return in Mortal Kombat X alongside other horror stalwarts like Jason Voorhees, the Xenomorph, the Predator, and Leatherface. The line-up for the most recent release in the series was somewhat pitiful — the Terminator, Spawn, and a lame take on the Joker — but that’s all about to change, as Detroit’s finest, RoboCop himself will be joining the fracas.

Sporting his classic appearance, Paul Verhoeven’s most iconic creation will be available as a part of Kombat Pack 2, which is coming out as a part of the huge Aftermath DLC, which features a new story mode, additional characters, levels, and “friendships” (we are pumped for these to return), too. According to IGN, Peter Weller, who played the character in both the original film and its first sequel, will be voicing the role. Here’s how they sum up RoboCop’s skills in the game:

“RoboCop is described as a character who excels at keeping his opponents at bay with his Auto-9 pistol, flamethrower, riot shield, and shoulder cannon that can be loaded with various types of ammo.”

So, yeah, we’re betting there will be “trouble” in living rooms across the country when Mortal Kombat: Aftermath and Kombat Pack 2 drops on May 26. It’ll retail for a cool $39.99, though you’ll have to decide yourself if it’s worth that much to play as one of the greatest characters in the whole of ’80s cinema and have him annihilate a bunch of fighting game heroes that defined your childhood. We’re not gonna lie, $40 seems like a pretty good price to see RoboCop double-tap Scorpion.