Andrew Mayer digs deeper, comes up better with ‘Having A Nice Time’ 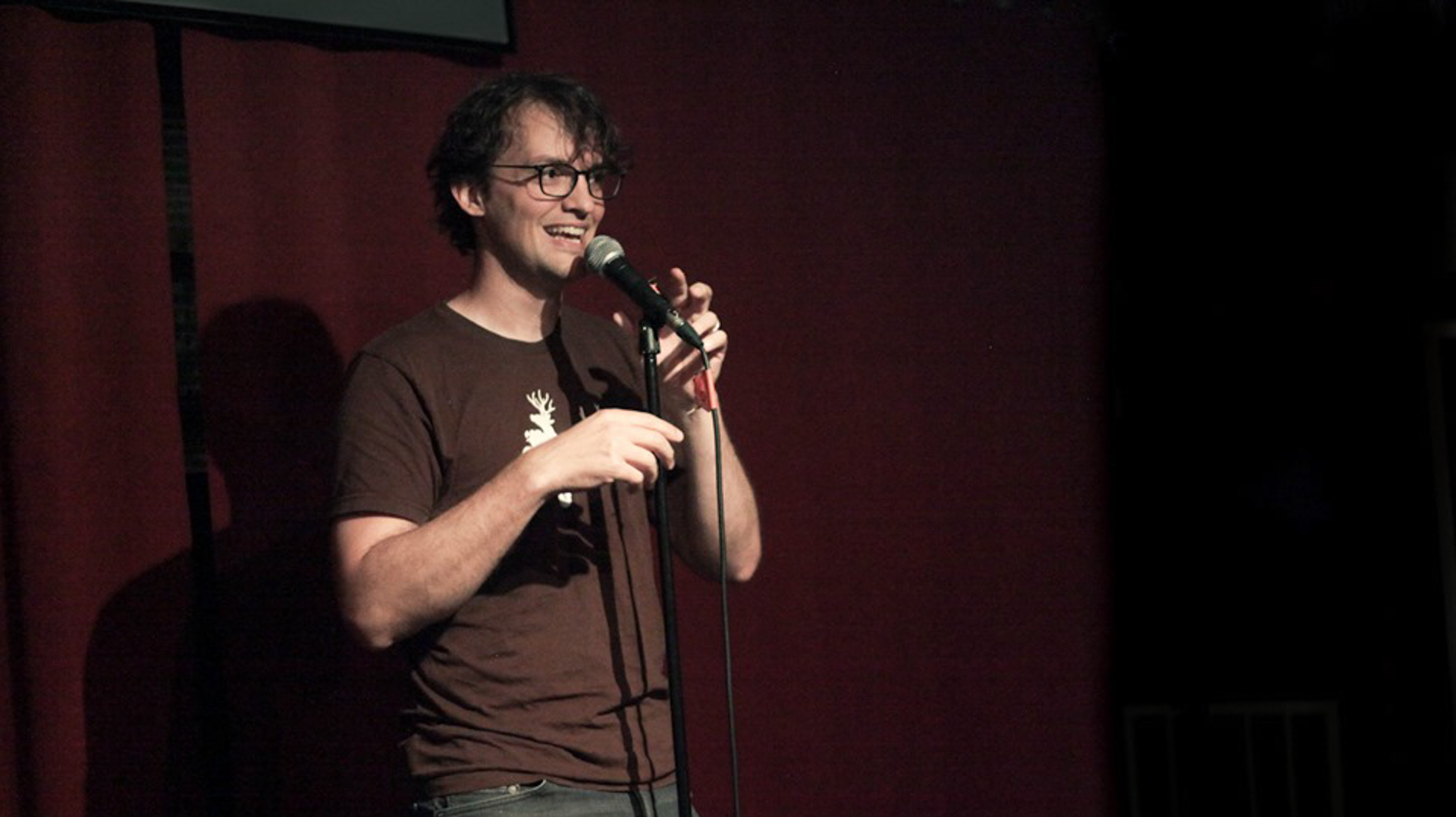 As someone who isn’t really into making his material feel over-rehearsed, Andrew Mayer knows he can be a bit scatterbrained, or “nervy” as he puts it, while on stage. But, as made evident by his new stand-up album, he’s okay with that, and he’s doing his best to make it work.

Recorded at The Comedy Studio in Somerville (GoFundMe) back in January, Having A Nice Time — which dropped this past Friday (April 24) on the Blonde Medicine label — showcases exactly what has made Mayer such a power player in Boston comedy over the years, whether it be his ability to quickly connect with a crowd, or his detailed, yet not overworked approach to joke writing, or his infectiously upbeat stage presence.

The new hour offers up more than just a glimpse of the creative evolution the stand-up vet has undergone since his last release, and while he’s quick to admit that he can and does sometimes get the best of himself, he’s confident in what he has to offer this time around, and he’s happy that the reviews, thus far, have been more than kind.

“I always tend to get in my own head about the content that I’ve created, in terms of wondering whether people will enjoy it, but the early feedback from this has been positive,” Mayer tells Vanyaland. “I feel good about the jokes and I stand by them, but I just mostly hope other people enjoy it, and I’m excited to see what people think about it.”

Much like his first album, 2015’s Nonsense, Mayer sees this new hour as a moment frozen in time, where this specific batch of material represents not only the best collection of jokes he’s gathered and polished at the moment, but also who he is as a comedian right now.

While he feels like a lot of jokes from his first release have pretty much run their course, with only a select few still standing the test of time, Mayer would like to think that veering into much more personal territory with this new material will hopefully maintain what has made him such a force in Boston’s bustling comedy scene over the years, while exhibiting his growth as a comic.

“There were a few personal stories on the first album, but most of the stuff on this one is pretty personal and ties into some deeper topics,” says Mayer. “I think I’m better at stand-up now than I was in 2015. I hope that’s true, at least. I’d like to think that I’m better at it now, and that I’m able to tackle some bigger topics in a way that is still showcasing my personality.”

As the Jamaica Plain resident looks back to when he first started doing stand-up, compared to where he is now in terms of his onstage approach, a key example is how the quick one-liners from his early days have progressed into the fuller, more fleshed out bits that are more prominent with this record. Although, it wasn’t much of a conscious effort to focus on that creative evolution in terms of this album specifically. Instead, Mayer feels that the album is more evident of an overall progression of his comedy in which he decided that he values sincerity and touching on more personal stuff than he did before, which has helped him become more comfortable being himself onstage.

“As I’ve grown as a comedian, I feel like the line between me on stage and me offstage have become more and more blurry, and I feel like I’m becoming more of myself onstage,” says Mayer. “I feel like this album is the closest I’ve ever been to fully being myself [onstage].”

While he obviously wants people to laugh when they hear the new record, Mayer is also hoping that, if there’s anything that listeners take away from the album beyond its comedic strength, it’s that things like anxiety, nerves, and regrets – some of those bigger topics he was able to tackle — are not bad, as everyone deals with them, and that the sooner you can accept those feelings, the sooner you can get out of them.

“It’s definitely an understatement, but I hope people like [the album]. It talks a lot about social anxiety and past regrets, and I hope people laugh at it, but also get a little something out of it,” says Mayer. “I look at it as a lighthearted thing, because I’m not trying to preach to anyone, but I do think there are some deeper topics covered that people can hopefully take something away from.”