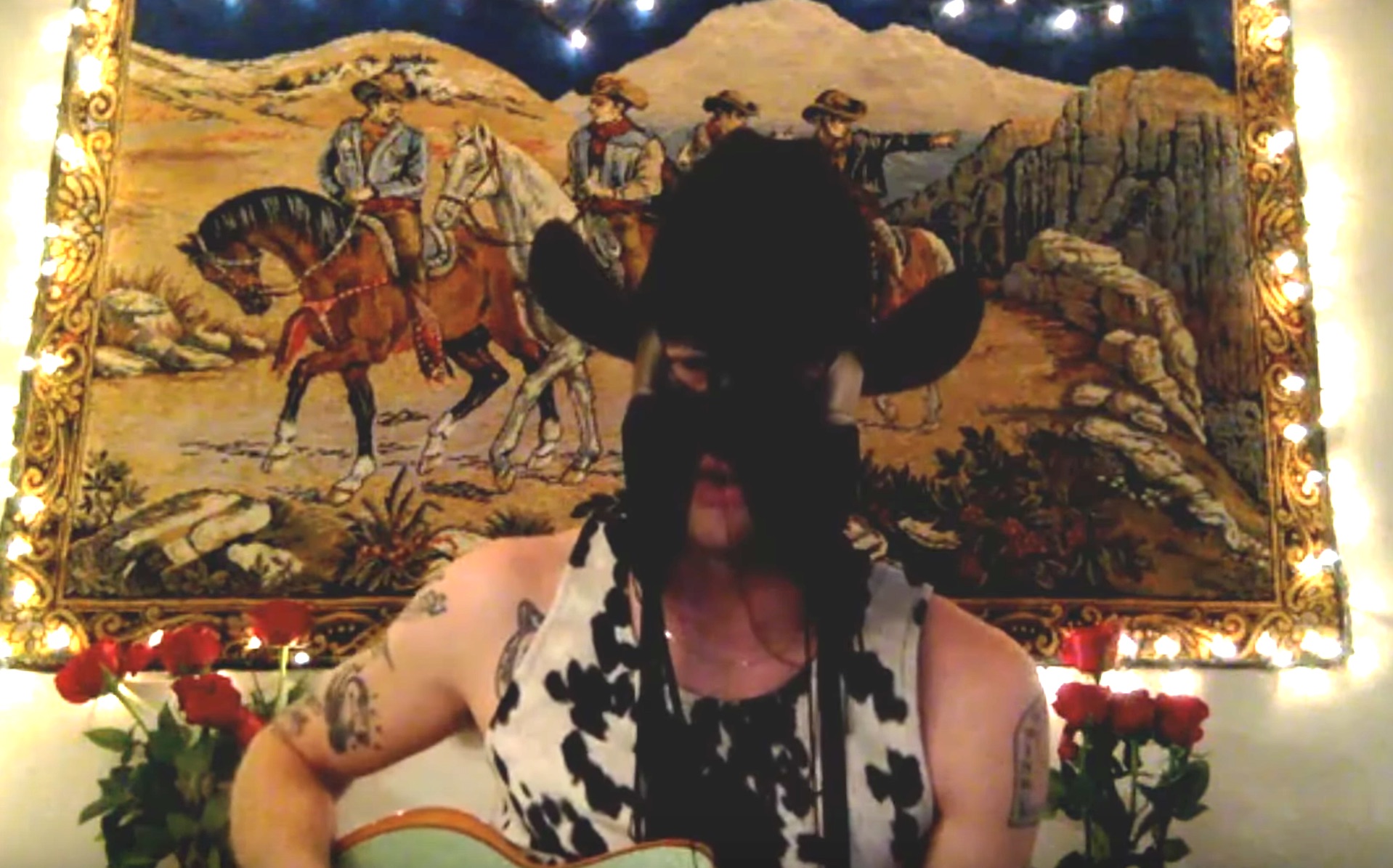 This past Monday, which feels like a million years ago, Orville Peck took to the livestream to celebrate the one-year anniversary of his Sub Pop-issued debut album Pony. The show was seemingly therapeutic for all involved, including the beloved and anonymous country crooner, as Peck rolled out a string of brilliant tunes from the album, premiered a new song called “Summertime,” and paid tribute to the late Kenny Rogers (who passed away over the weekend) with a performance of “Islands in the Stream,” the country icon’s 1983 duet with Dolly Parton. “I wanted to do a Kenny song, and this is one of my all-time favorites,” Peck says during the performance, which has now landed on YouTube. If you missed it on Monday, revisit it below (just scroll about 14 minutes into the video for it to start).