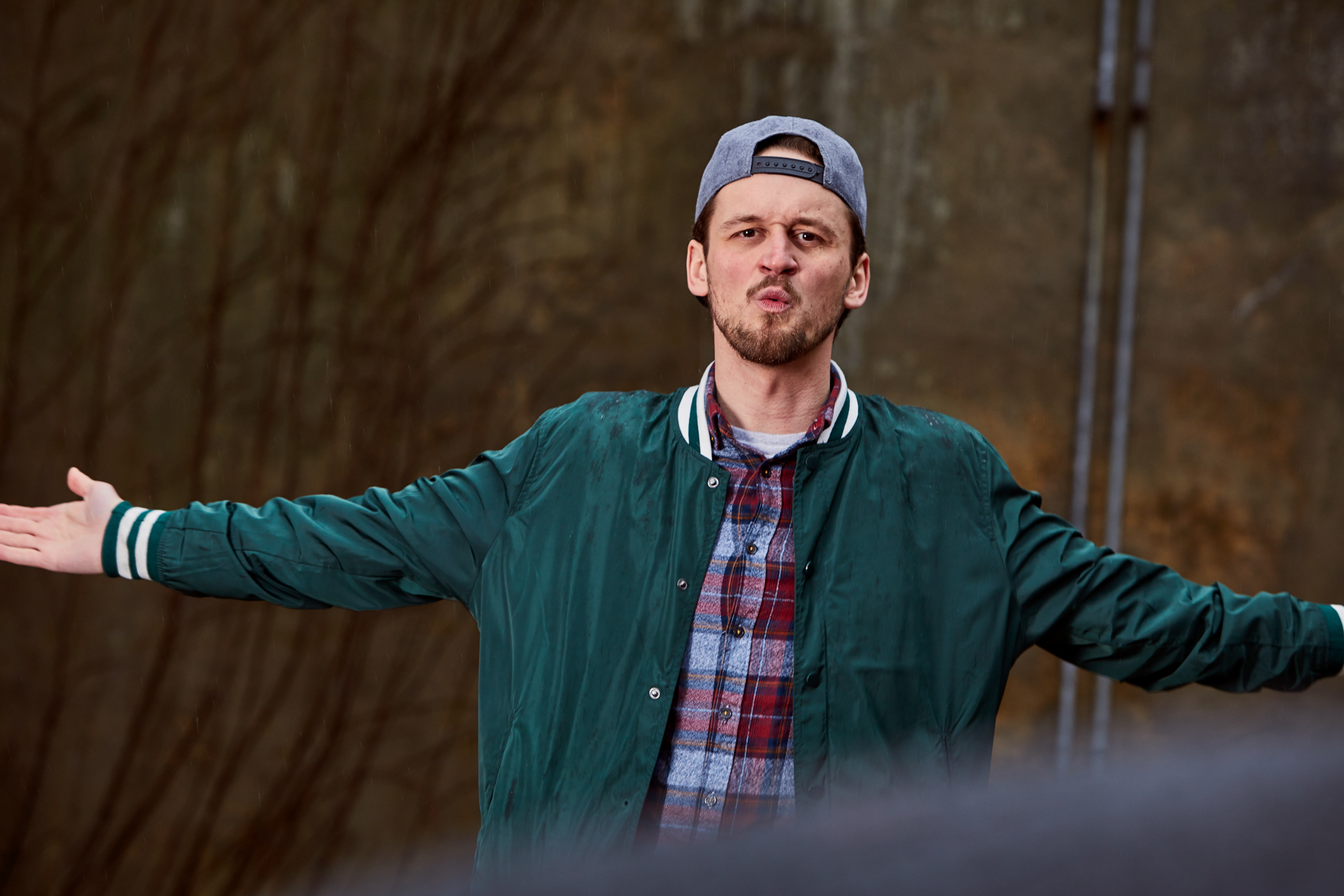 With years of on-air experience behind him, the former ‘Afternoon Drive’ co-host looks to bring his renewed platform to the next level

There’s no way that Josh Dolan can deny just how badly it sucks that WAAF went off the air. But with the support he’s received from fans and listeners, and taking the opportunity to dust off his podcast, Breaking The Ice, it’s getting easier.

With the help of fellow WAAF alums Isaiah Moskowitz and Mike Hsu, Dolan has helped to ease the lasting sting of the enduring rock station’s sudden departure with a revamping of the podcast that he’s dubbed the Radio Rehab edition of the show, which has included candid interviews with Hsu and Mistress Carrie. While a surge in the show’s popularity has come mainly due to AAF’s loyal fanbase looking for refuge in the wake of the station’s demise, Dolan is excited about the reaction from fans and for what is to come in the future.

“The best part of it has been the support, and seeing how everyone is interested in what’s next, and I’m still so shocked that so many people have jumped on the podcast like it’s a lifeboat as the Titanic is going down,” Dolan tells Vanyaland. “It definitely has gotten easier as it’s gotten farther away, but it definitely was hard waiting for the band-aid to be ripped off on that Friday.”

While he had lobbied so hard to garner a following for the podcast in its early days as he co-hosted with former Boston Bruins goaltender Andrew Raycroft, Dolan is quick to shed light on how much of a delightful surprise it has been to see fans so feverishly yearning to hear the WAAF team together again. In fact, it only feeds the energy and hunger of the co-hosts that much more, as Dolan sees their desire to be on the radio much like a drug addict’s response, with radio, of course, being the drug.

“Breaking The Ice is beginning to snowball, and I just want it to be a platform for all the personalities, and all my co-workers and friends, but I also know, from the fan side of things, it’s also a good thing that they can find us all there,” says Dolan. “I’m just happy that I had it all set up already, and now I get to use it as a radio homeless shelter.”

In many ways, with Dolan, Hsu and Moskowitz at the helm, not only is Breaking The Ice nearly identical to what they and Mistress Carrie worked to build at AAF — except for the fact there isn’t any music or commercials, and they get to say “fuck” — but it’s also allowed Dolan to realize what he wanted to achieve all along with not having his words and thoughts censored, much in the same vain of some of his favorite podcasts like Fighter & The Kid, History Hyenas and The Joe Rogan Experience.

While it may be hard to find the silver lining in WAAF’s abrupt ending, Dolan admits that he’s looking forward to other projects and interests he’s able to revisit, like the podcast and a return to stand-up comedy, given the flood of free time that has been bestowed upon him.

When Dolan started working at WAAF in 2014, he did so with hopes of it helping him become a better stand-up comedian — a journey he had begun three years prior, in 2011. While the venture into radio, which was admittedly never really a goal of his, ultimately resulted in a significant loss of free time to focus on stand-up, Dolan attributes his days on-air to the bulking of his writing muscle and discovering a different type of confidence behind a microphone that he doesn’t feel he would have been able to attain had he continued to do shows in bars at one in the morning where no one was paying attention to him on stage.

“[Working at WAAF] definitely helped me write quicker, not think about it as much, and just have the confidence to think about something I think is funny and just say it,” says Dolan. “My delivery and approach definitely improved, too, and it definitely helped with getting a following, and now I’m excited to focus back on that, and myself, now that I was kind of forced to leave [radio]. WAAF was never my endgame, because you can never really have an endgame in the entertainment industry and you have to keep your feet moving, and it took my focus away from stand-up for a bit, but in the long run, it definitely helped me.”

Even years after the fact, Dolan still can’t believe he was ever afforded the opportunity to contribute to the radio station he grew up listening to religiously, and just as he was helped by the WAAF team and brand, he’s hoping he can effectively return the favor a little bit in the wake of a devastating turn of events, and continue to build a happy place for the fanbase that he’s come to know and love over the years.

“It’s still weird to think about how WAAF doesn’t exist, but it helped my career so much, and I’m just so happy that I was able to realize what was happening and that I can go back to focusing on stand-up and podcasting and acting now that I’m more established in the industry,” says Dolan. “The AAF brand has helped me and the podcast so much, so I hope I can use this opportunity and not screw it up.”