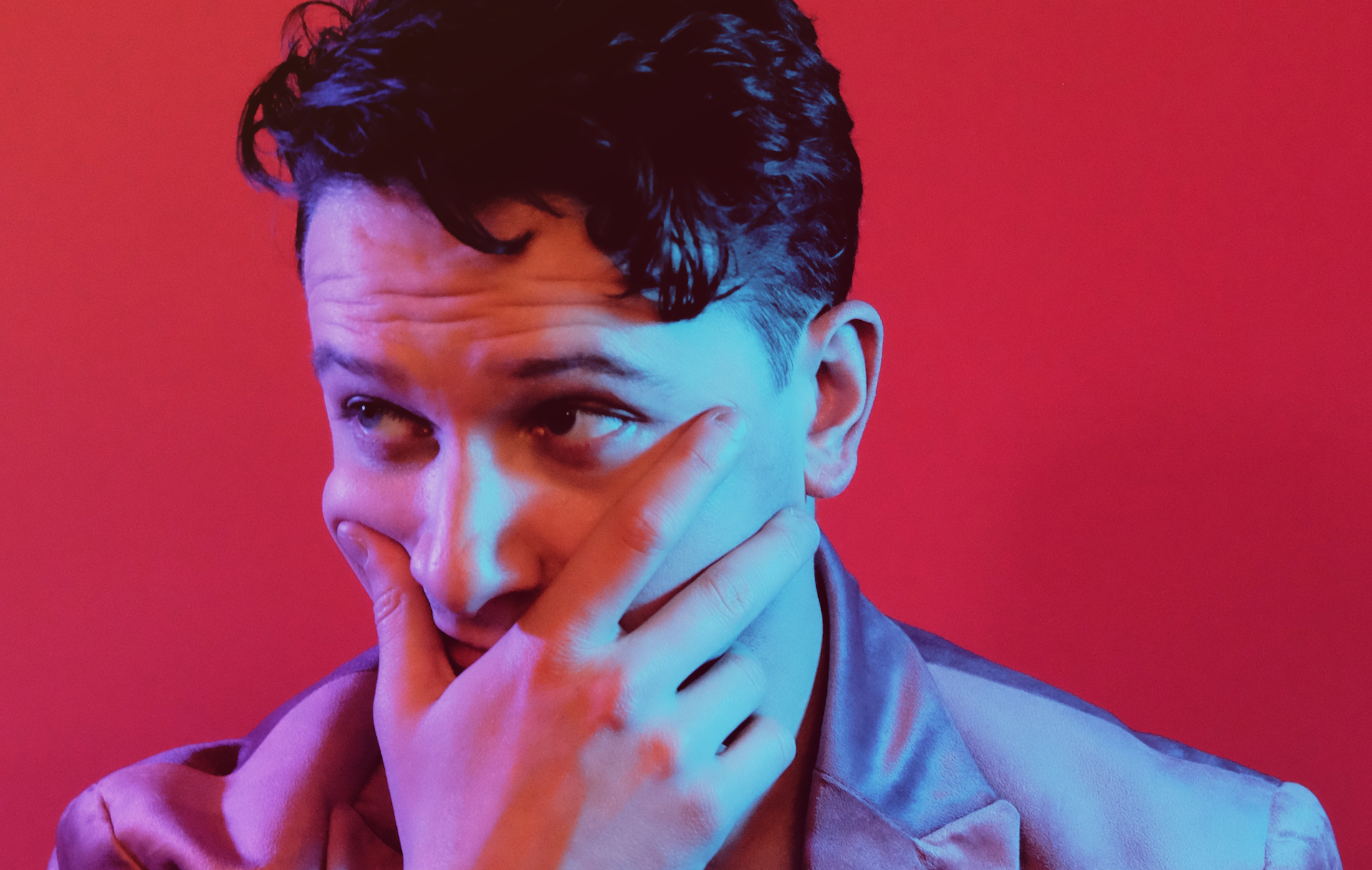 Every great modern rock album provides its listener with a definitive “oh shit” moment. Its just a matter of when it lands.

For Gray Bouchard & The Dedications’ grand opus Love In The New World, released today (February 21), the first such reaction is elicited about 40 seconds into its opening title track, when a delicate introduction gives way to a blitz of kaleidoscopic pop-rock bliss. The rest of them, as it turns out, arrive in fast and furious order throughout its eight tracks.

Clocking in at just over a half-hour run time, Love In The New World is a bold and insightful re-introduction to the New England musician and songwriter, one most familiar to Boston crowds as the frontman of garage rock burners Salem Wolves. Here on a solo glide, following up 2018’s Dedication Songs and shining bright in glistening should-be-singles like “Seven Birds” and “Shaking The Tree”, Bouchard lets his songwriting prowess explore darker, more complex sonic avenues. And the flex takes his usual whipsmart lyricism and applies it to a broader range of musical styles and sounds that glow deep into the night.

“The last few years I was feeling kind of trapped in ‘rock and roll’ ghetto where everything had to be big-loud guitars/drums/bass/vocals and that anything with a little English on it, production or songwriting-wise, risked being labeled “inauthentic” and sneered at,” Bouchard tells Vanyaland. “But as much as I like to do things that are raw and powerful — Salem Wolves are still my pride and joy — I don’t think this authenticity fetish that keeps us staring at our beat-up Converse and writing songs about feeling sleepy after brunch is any more or less valid than dramatic feelings, diverse sounds and big ideas. I like effected pianos and synthesizers. I like janky little guitar loops and high production value. It’s exotic, aspirational and utterly thrilling.”

Love In The New World is a songwriter’s record, and an open window into Bouchard’s modern-day mindset, free from the restrictions a life in music can suddenly place on a creative streak. And of course, we’re all so much older now. And with that comes some considerations of our place in the world, both on stage and off.

“This record is me coming to grips with ‘authenticity.’ Not ‘being true to yourself’ — that’s a given and anything less should result in permanent exile and an unfortunate haircut,” Bouchard tells Vanyaland. “But more thinking about how we perceive and identify authenticity in others. What are the signifiers of ‘authenticity’ and why do we prize it (at nearly any cost) in artists? People can get all mixed up and take ‘authentic’ to mean ‘relatable and approachable.’ I find relatability quite drab, but that’s just me.”

Bouchard says any sort of themes on Love In The New World center around “contending with ill-fitting notions of yourself and shedding them as best you can.” But can a (Salem) Wolf change his coat and his character? It might be best let undetermined as the album’s deeper cuts, like “Over You” and “Never Get What I Want” unfold across colorful beauty spectrums.

“I’m not sure the fella singing the songs is entirely able to shake them off, but that’s OK,” Bouchard admits. “It’s much more interesting to see them twist and struggle than to see them win. But that’s the New World, baby.”