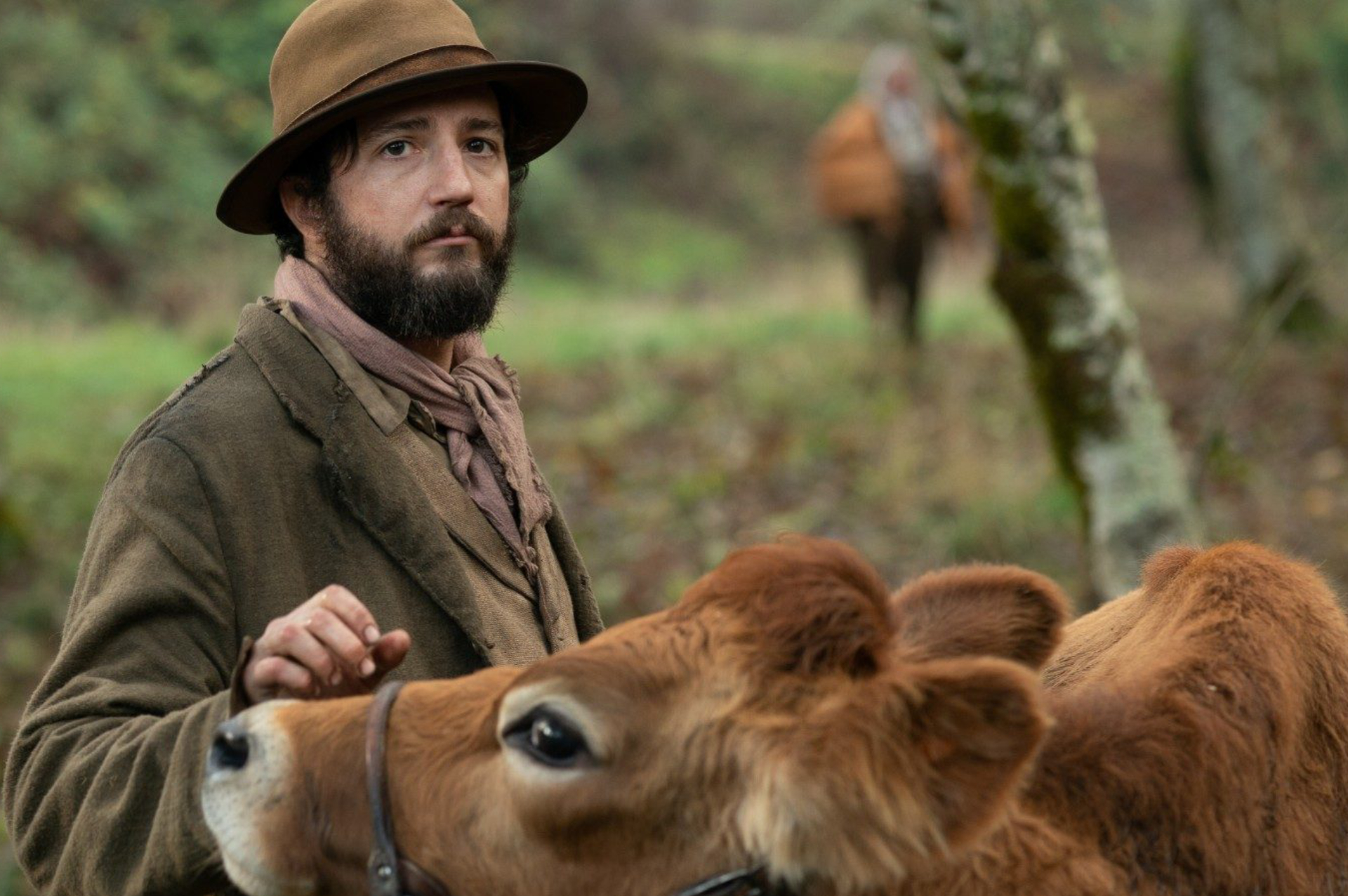 A24 had one hell of a year, didn’t they? A studio would be lucky to release a single movie as good as Uncut Gems in any given 12 months, but the boutique distributor (and weird-ass fashion magnate) cashed in on a number of brilliant films — The Lighthouse, The Farewell, Waves, High Life, and Climax all whipped ass, and even their smaller releases like The Death of Dick Long or In Fabric were fantastic. Even a pretty shitty movie like Midsommar still made them a ton of ca$h money, and somehow they managed to not get bought out by Apple, so that’s another plus.

Well, it’s looking like that hit parade is going to continue on into 2020, with festival faves like Saint Maud and the subject of this post, Kelly Reichardt’s First Cow, hitting theaters later this year. We’ve heard tons of wonderful things about Reichardt’s new film and were genuinely bummed when it passed over TIFF this year in favor of stateside fests. A24 dropped a trailer for this weird and swell-looking little film earlier on Wednesday, and we think you’ll enjoy it.

“Kelly Reichardt once again trains her perceptive and patient eye on the Pacific Northwest, this time evoking an authentically hardscrabble early 19th-century way of life. A taciturn loner and skilled cook (John Magaro) has traveled west and joined a group of fur trappers in Oregon Territory, though he only finds true connection with a Chinese immigrant (Orion Lee) also seeking his fortune; soon the two collaborate on a successful business, although its longevity is reliant upon the clandestine participation of a nearby wealthy landowner’s prized milking cow. From this simple premise, Reichardt constructs an interrogation of foundational Americana that recalls her earlier triumph ‘Old Joy’ in its sensitive depiction of male friendship, yet is driven by a mounting suspense all its own. Reichardt again shows her distinct talent for depicting the peculiar rhythms of daily living and ability to capture the immense, unsettling quietude of rural America.”