IFFBoston Review: ‘The Death of Dick Long’ has one hell of a twist 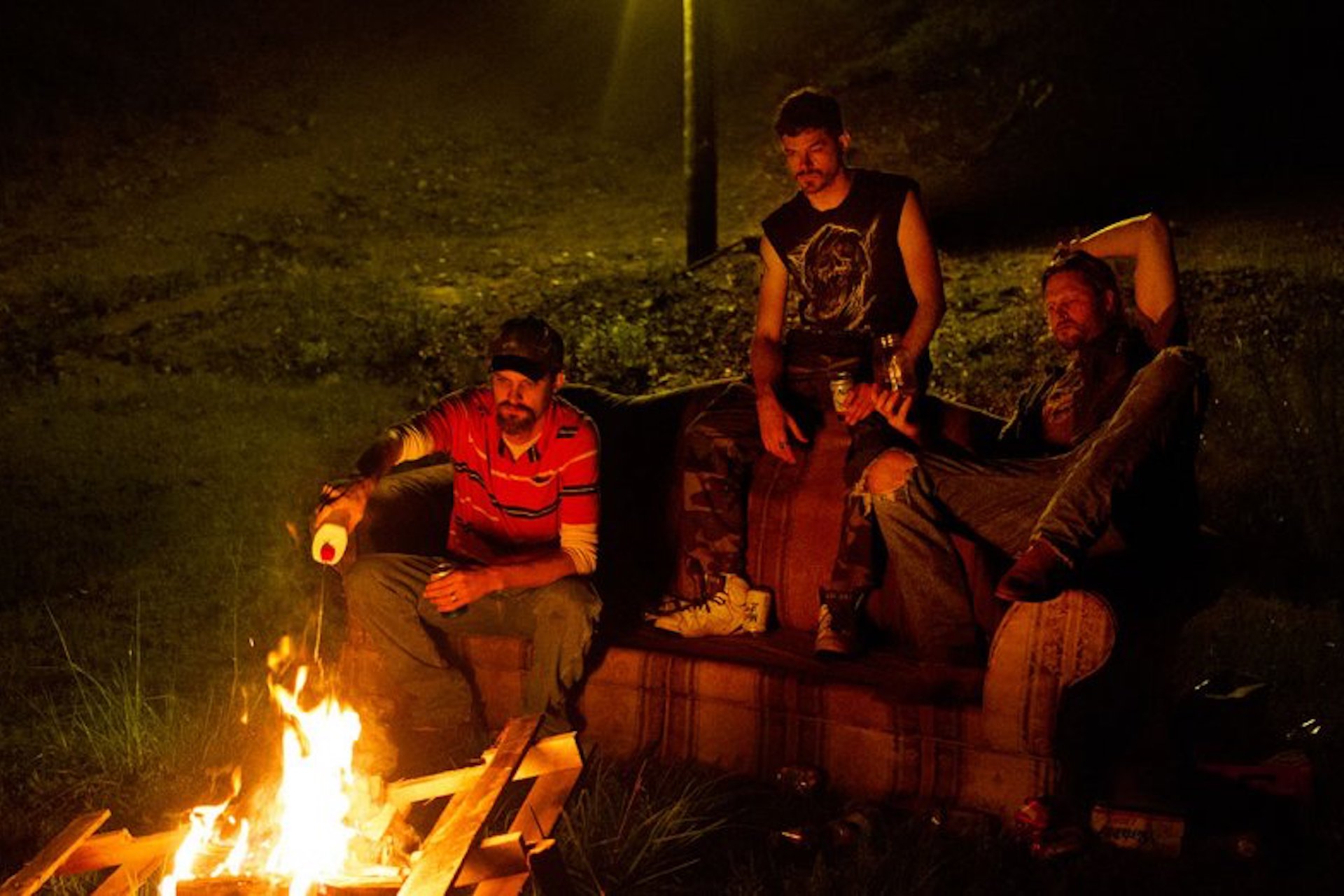 Plot twists are, unsurprisingly, incredibly hard to pull off correctly, which is obvious enough to anyone who has sat through one of M. Night Shamaylan’s mid-aughts output. You’ve got your typically array of issues: The twist comes too late, or it betrays everything we’ve seen previously, or it just feels like a cheap machination to maintain viewer interest. But what happens when a twist is better and more memorable than anything else in the film, where an entire plot’s worth of mystery dissolves and fades from view under the crushing weight of this revelation? Well, that’s exactly what the twist in Daniel Scheinert’s Southern-fried black crime comedy The Death of Dick Long winds up doing to the film, which is solid enough but won’t be nearly as memorable as the one-sentence description of what happens in it.

Dick Long tells the tale of three goofy Alabaman dickheads, all who are in a band together — family man Zeke (Michael Abbot Jr., a regular player of Jeff Nichols’), the chaotic neutral and constantly-vaping Earl (Andre Hyland), and the titular character (Scheinert), who begins a night of debauchery after band practice with a “Y’all motherfuckers wanna get weird?” — that winds up in Zeke and Earl leaving a bloodied Dick at a local hospital. His injuries are severe, and he expires minutes after his pals depart, despite the best efforts of the doctor (Roy Wood Jr.) on call. But his injuries are really weird, and the doctor is forced to call up the aging alcoholic sheriff (Janelle Spenser) and her eager deputy (Sarah Baker) in order to tell her his suspicions that this might have been a homicide.

Meanwhile, Zeke and Earl are doing everything they can to avoid telling anybody what happened to Dick, even if it means lying to both Dick’s wife (Jess Weixler), when the pair are confronted by her about his whereabouts, and Zeke’s wife (Virginia Newcomb), after the duo attempts to fake the theft of Zeke’s blood-stained station-wagon. But everything comes crashing down on the pair of idiots at the film’s core, and the revelations that follow are… intense. Truth be told, it is one hell of a twist, which will probably shock some audience members to the point of walk-outs, though it’s not visually very graphic.

Up until that point, Scheinert’s content to craft a series of decently tense and occasionally very funny set-pieces that use his admittedly very solid cast in a smart fashion. An early stand-out is a scene set at a gas station in which Zeke’s daughter, the back of her white dress unknowingly stained with Dick’s blood after she sat on the car seat in which he bled out on, talks to the deputy about how her father found a wallet (Dick’s, of course). It’s the perfect blend of suspense and humor, reminiscent of other, better films, though it definitely misses the spark of blissful creativity that Scheinert’s previous work, alongside Daniel Kwan as the directorial duo “Daniels,” so wonderfully demonstrated in their last feature, Swiss Army Man.

As far as the cast goes, Hyland is by far the standout, who plays up his character’s devil-may-care attitude and obvious uncomfortableness in his own skin and, in the process, makes it very, very funny, as he dispenses awful advice in between giant puffs of flavored vapor. But the cast makes these very arch characters feel roughly believable for the rural world of the film, and there’s not a bad performance in the bunch. It’s just sort of a shame that they’re all barreled over by the film’s plot machinations in the end, which, in its quest for immortality, reduces everything that has come before it.

Perhaps The Death of Dick Long might be funnier a second time, with the knowledge of the film’s twist informing the previous interactions between the characters, but given the way that the final third of the film unfolds, it’s hard to imagine wanting to sit through it a second time. There’s no way that the final 20-odd minutes can recover from that initial burst of creative energy, and Scheinert and his screenwriter Billy Chew, are very much content to let that wave of disgust and fascination carry the film to its conclusion instead of doing very much with it. There’s a weird drop-off in pace and tension that comes, given the climactic revelation’s place in the plot, and the specifics of which are hard to discuss without destroying the only reason I’d imagine people would really want to see this film. It also has some pretty fucked up things to say about Southerners, which I’m sure that Scheinert, as an Alabama native, didn’t intend to say, but they still exist, regardless (this twist, once again, factors in, but I’m sure more people will discuss it in-depth closer to its release).

But it’s easy to recommend The Death of Dick Long simply for the sheer shock value, which will undoubtedly make it a fascinating cult curio in the years to come, though some may be pleasantly surprised by the quality of its characters and the intelligence of its humor.