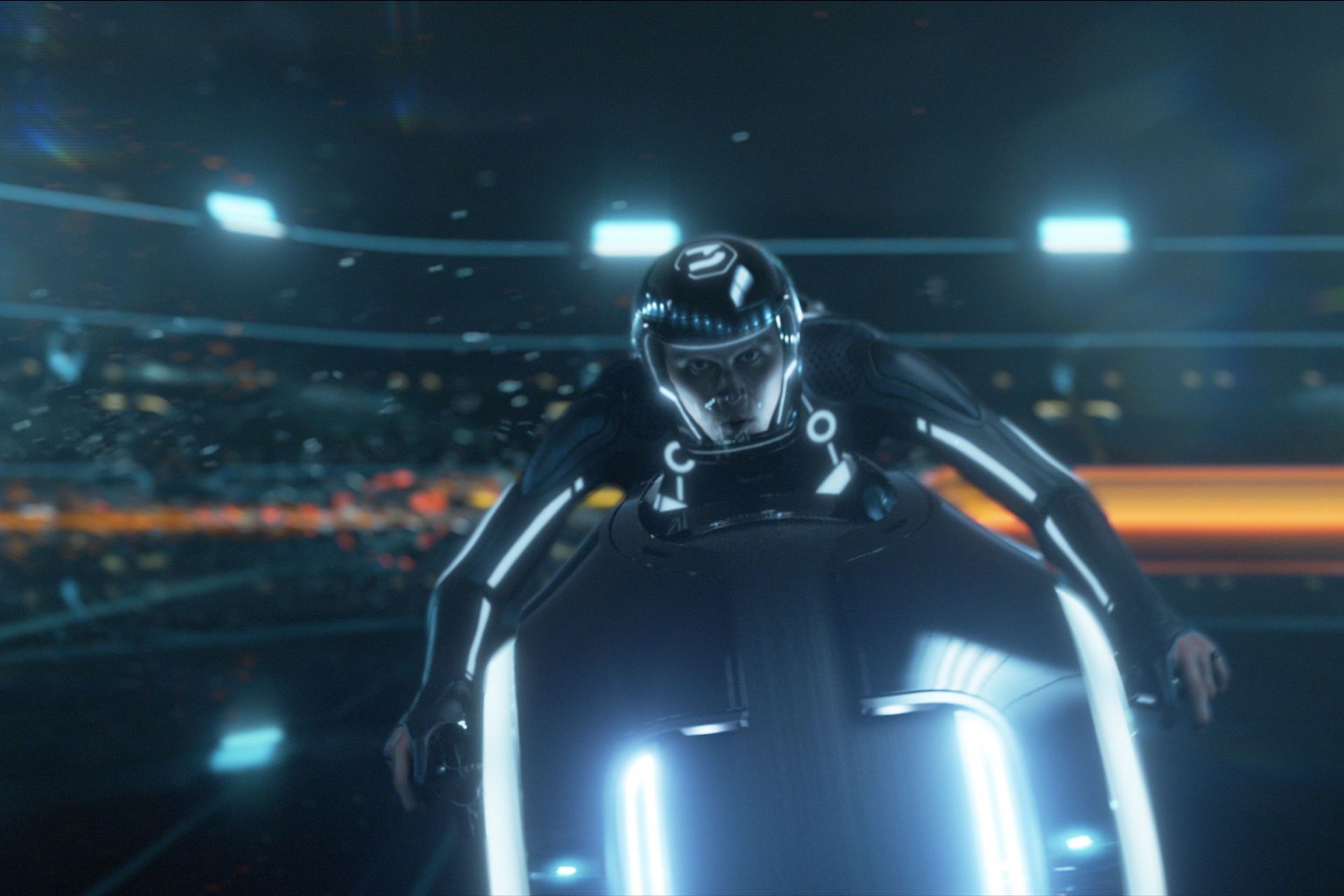 Disney
In Decade in ReviewFilm/TV

“Nostalgia — it’s delicate, but potent. Teddy told me that in Greek, ‘nostalgia’ literally means ‘the pain from an old wound.’ It’s a twinge in your heart far more powerful than memory alone. This device isn’t a spaceship, it’s a time machine. It goes backwards, and forwards… it takes us to a place where we ache to go again. It’s not called the wheel, it’s called the Carousel. It lets us travel the way a child travels — around and around, and back home again, to a place where we know are loved.” – Mad Men, a show about marketing and the error of nostalgia

Complaints about “sequels and reboots” dominating the cinematic landscape are about as old as the art of narrative filmmaking itself, but the situation felt like it finally got out of hand in the 2010s. It’s almost fitting that the last year in this decade in which an original film reigned supreme at the box office was 2010, when James Cameron’s Avatar (technically a 2009 release) capitalized on its excellent special effects and the weird brief cultural fascination with 3D exhibition to take home the title for both highest-grossing film that year and, for a brief nine-year period, the highest-grossing film of all time. Since then, the top position for each year has been dominated either by the MCU or by a legacy sequel (Finding Dory, Jurassic World, and Star Wars: The Last Jedi) with only the final film in the Harry Potter series finding a spot the year after Avatar’s premiere. It’s always been like this at the box office, somewhat — the goodwill generated by original films generally takes a sequel to make that success manifest in a financially — but there has been a notable drought between original films taking the crown. Typically, it takes about a six-year cycle for a new original film to reach the box office mountain top, which is roughly the amount of time it took the last time around when Finding Nemo gave way to Cameron’s odd sci-fi extravaganza. But look at any of those years closer, and you’ll notice something: studios have only gotten more and more worried about potential risks, and they’re leaning heavily on your childhood love for “properties” as a way to prop up their bottom lines.

Nostalgia, on a personal level, isn’t necessarily a bad feeling to have — it’s in human nature for us to miss the good times, especially when the world begins to get hard, and it is only fitting for our media consumption to mirror that, at points. We all have our comfort foods, and it’s somewhat unfair to yuck someone’s yum when it comes to the things we seek out in moments of weakness. But ceaselessly looking back into our past, to pine for a childhood that only existed in advertising, or to demand that all media conform to the expectations that we had when we were that young, stunts our present growth. And I would argue that on a larger scale, so many of those decisions our out of our hands, and can be placed firmly on the shoulders of those who make our art, whether it be a Netflix series or our big-budget series. It is easy to grab eyes, to make money, and to garner plaudits for imitating what has come before, to wring those chills out of an audience primed for them. Now, it is different for an artist to understand and analyze why we feel that way while indulging in some of its rawer joys — it’s the chief attribute that separates a tribute to a period like one of Scorsese’s period mob epics (and he’s often accused of glamorizing the worst aspects of an era, and wrongly so) from a craven, IP-driven retread of an old-school franchise that leans so heavily on cheap imitation, perhaps something like Terminator: Dark Fate, whose most interesting choice comes at the start of the film and fades away soon after into the same old clunky garbage. It may be bad, but you know it, at least, and once you’re in that theater, the film has served its purpose and the memories of it can be slowly eaten away at by the plaques that are developing in your brain. It’ll be as if you never saw it, much less paid money to see it.

Ceaselessly looking back into our past, to pine for a childhood that only existed in advertising, or to demand that all media conform to the expectations that we had when we were that young, stunts our present growth.

Now, perhaps the generic nature of so much entertainment comes down to the fact that studios have a global audience, and with that comes homogenization — after all, one doesn’t want to distribute a film in a country like China and have to chop a quarter or so out of the final product in order to make money (and certain filmmakers, like Quentin Tarantino, have refused to show their films in such a capacity). You want a major blockbuster product to play roughly the same in Beijing as it plays in Sao Paulo or Hamburg or Wichita so that it can attract the right number of people and justify the costs that you’ve spent. The ceiling has been raised in terms of profit, the budgets have increased to match them, and failures have become more and more costly. Doubly, those international releases can make or break a nascent franchise, like the Pacific Rim films, which were failures domestically but found wonderful success in the actual, well, Pacific Rim, and if you have an unexpected hit, well, congratulations! You’ve got an incentive to pump more of them out, much like Aviron Pictures stumbled upon when they put their $14 million romance novel adaptation After in theaters earlier this year. The movie narrowly missed recouping its budget on these shores, but it made a whopping $57 million worldwide. And guess what? You’re going to get more After soon enough, in case you ran out theatrical adaptations of thinly-shaded fan fiction. So, when these factors and a few others — focus grouping, brand deals, IP purchasing rights, release date warring — are combined, your powers summon Captain Mediocrity, and he begins to spoil everything he touches, indulging the studios’ own nostalgic needs, when they were the center of the audio-visual universe and didn’t have to worry about streaming services or television or anything. And what better way for him to work than to tug at those heart-strings, to make you feel small again? Here’s another Ghostbusters reboot.

The Walt Disney Company, who nearly own a monopoly on the film industry now (they dominate this year’s box office grosses, with six of the films on the top-ten highest-earning list for 2019), has become a prime exporter of nostalgia, and given that we’ve had no less than three remakes of their animated films this year is an indicator of their future trends. It’s interesting to note that their winter blockbuster offerings in the first year of this decade and the last year mirror each other nicely. In 2010, we had Joseph Kosinski’s Tron: Legacy, a legitimate legacy sequel that paid slavish homage to the original film while updating its style and effects for a 21st-century audience, and in 2019, we have Star Wars: The Rise of Skywalker, a crown jewel in the mouse’s IP tiara, offering up much of the same, though with significantly more thought put into its execution. One was a massive flop — the studio obviously overestimated people’s attachment to the cult classic or their willingness to sit through two hours of nonsense to get to those gorgeous visuals — and the other is likely to be a tremendous success, given that it’s drawing from one of the true and enduring modern myths. But despite 10 solid years of evidence, we see a whole lot more Tron: Legacy than we do anything else these days, even though their massive failures and occasional success drive the very impulses that are stuffing cinemas with the same old bullshit. And to think that this was Disney believing, back in 2010, that they were being risky, akin to Fox taking a chance on James Cameron’s Avatar, with a similarly hefty effects budget and long-ish development time. Even the new relatively IP put out into the world by, say, Marvel Studios, comes with its own set of qualifiers — it’s well rooted in a genre that we all know the conventions of at this point, no matter that it’s based on a source material that plenty of people are familiar enough with to recognize the characters, unlabeled, on a Target-purchased t-shirt.

As this decade winds to a close, I’m somewhat heartened by the fact that many are rejecting these hypotheses in their theatrical viewing choices — November 2019 saw a notable number of properties flop at the box office, where studios assumed that a brand-name link would drive audiences to the theater and flooded the marketplace with underwhelming sequels and reboots. If you didn’t turn out for Charlie’s Angels or Doctor Sleep or Terminator: Dark Fate, you perhaps saved some money and went back to the cinema over Thanksgiving weekend to see something like Knives Out or Ford v. Ferrari or A Beautiful Day in the Neighborhood or Queen & Slim. That weekend astonished box office analysts, who were stunned that original films commanded a total box office take somewhat near Disney’s now-forgotten merchandising juggernaut Frozen II. There is an appetite for these films, and studios need, seriously, need to focus on just giving an audience original and relevant works from a diverse group of directors (it’s fitting that many of the great unique box office successes this decade have come from places like Blumhouse, who delivered inexpensive and new concepts specifically catering to audiences underserved by mainstream Hollywood). Otherwise, prepared to be steamrolled by malignant companies like Disney, who cater to our needs in the same way that a feeder cares for their significant other, and whose kryptonite only comes from studios focused on the new, on the things that nostalgic retreads can’t bring audiences who are looking for something, anything, that speaks to them on their level rather than to their inner child. As a character in one of the few fruitful products of Disney’s acquired properties said a few years ago, let the past die. Kill it if you have to.