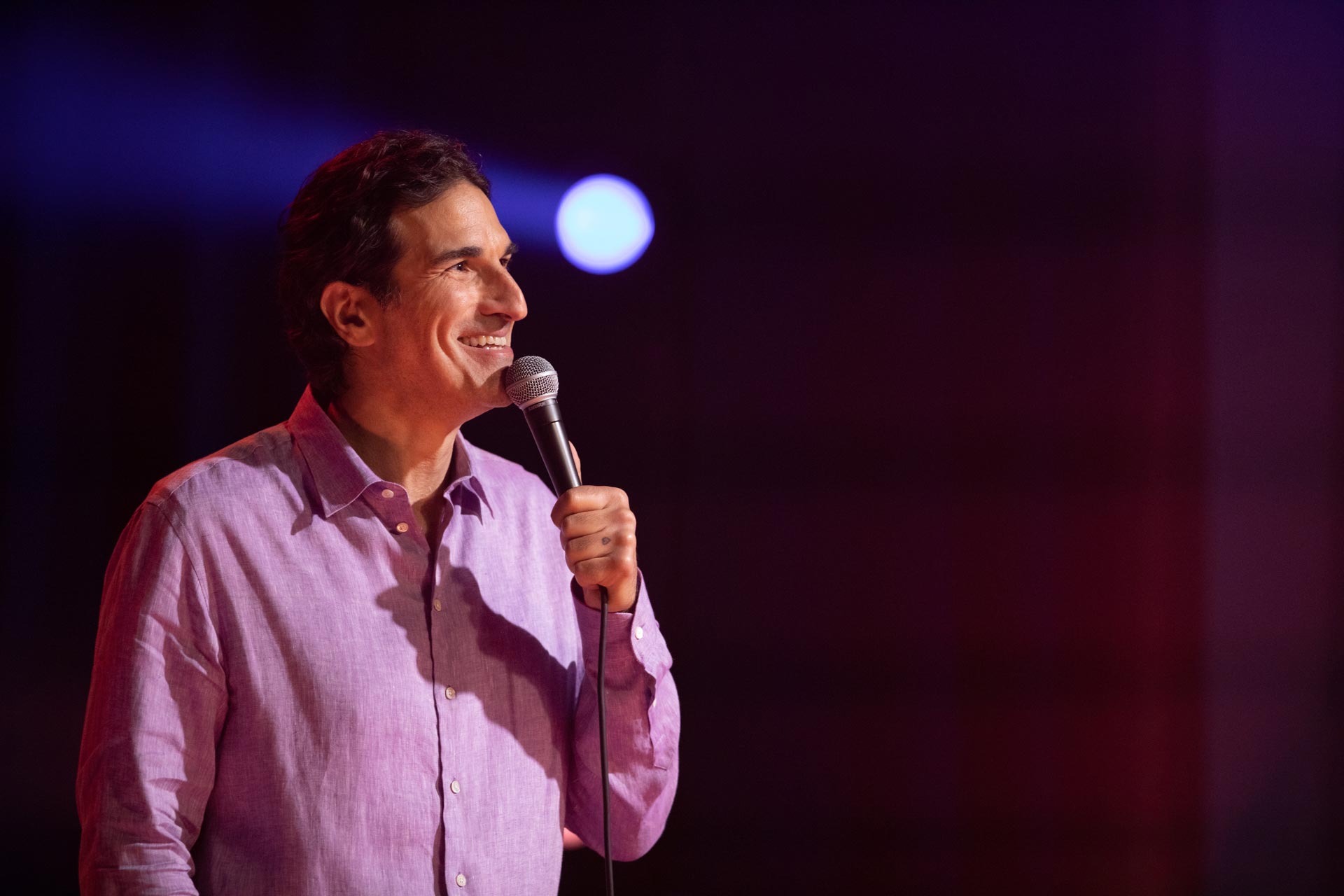 With an overflowing well of viewpoints and creativity, there was a little bit of comedy for everyone to close out the decade

This year has been absolutely bananas for comedy specials, both in terms of overall power and the unique displays of creativity and passion for the craft. In 2019, we saw specials released at breakneck speed between the usual suspects like HBO, Comedy Central, and Netflix, and while it all seemed like too much to keep track of at times, when it came to the sheer volume of just how many specials were being churned out, there were more than a few diamonds in the rough that stood the test of time this year to come out on the other side as crown jewels.

From legends like Ellen DeGeneres and Ray Romano returning with their first recorded hours in years, to consistent killers like Jessica Kirson getting their first taste of a special, there was such a vast treasure trove of specials to choose from over the last 12 months — not to mention folks like Michelle Wolf, Matt Braunger and Lil’ Rel Howery bringing out the big guns, per usual, for their respective specials — that we here at Vanyaland had a bit of a hard time figuring out how we were going to going narrow our favorites down to only 10. However, we powered through it, and here’s what we came away with.

Over the last few years, comedy and mental illness have become increasingly synonymous since the discussion surrounding the topic has made its way to the forefront of our culture, and many of the stand-up specials we saw in 2019 discussed the topic and its many facets in various ways, but none of them went as hard in the paint as Gary Gulman did with The Great Depresh.

Part stand-up special, part documentary, Gulman not only brought a very serious discussion into a comedic spotlight with his battle-tested comedy intellect, he brought viewers on a bonafide journey, with the help of Michael Bonfiglio and Judd Apatow, from what he referred to as a “cosmic bottom” to getting up on stage and using his pain as a springboard to bring both hope and laughter to those who may be dealing with the same thing, and putting a face on an issue often looked at as invisible.

Very few comics in the game today can claim, without challenge, to have the same level of comedic timing and patience as Anthony Jeselnik. His latest Netflix special, which hit the streaming service in April, only drives that point home harder.

With his signature deadpan delivery of multi-layered one-liners that fluctuate between simmering and bursting on impact, Jeselnik maintains his title as a master joke writer, but more importantly, with Fire In The Maternity Ward, there is a palpable growth in Jeselnik’s approach. The paraprosdokians are drawn out a little bit more, and he’s much more open, with his psuedo-arrogance, about being a horrible person in the funniest way possible. Jeselnik for sure reached a new level of mastery with his latest hour this year, but the best part is that it’s the same Jeselnik we’ve come to know and love — or hate, depending on where you draw the line during a five-minute riff on dropping babies.

Before the uproar against Dave Chappelle’s latest special, Sticks & Stones really had time to settle, Bill Burr took a running start at cancel culture with Paper Tiger, and doubled down on a lot of the same sort of ideas that Chappelle brought to the table, but did so in a way that was far less incendiary and bitter, and much more rooted in humor.

With his legendary disregard for political correctness, Burr showed that he hasn’t lost his touch in any way shape or form, by bringing a sold out Royal Albert Hall to a roaring applause. Ranging from hot button social topics that are stoking the cultural fire of the world around us to more personal stuff like married life and raising a kid, Burr weaves in and out of what has to be, at this point in his career, signature irate fits and rational, thoughtful musings to create a balance in his material that only further cements the reasons he’s considered one of the best comedians in the world right now.

Whitney Cummings, Can I Touch It?

Even with today’s “woke” cultural climate, in industries like stand-up comedy that are pretty much ruled by a majority of men, there is still a very present, albeit archaic and fading feeling that women in comedy aren’t on the same level of creativity as men. Whitney Cummings proved to all of us, as if she needed to, that that way of thinking is complete horseshit.

With Can I Touch It?, Cummings brought a welcomed and refreshing viewpoint from another side of the gender fence as she brought viewers “into the huddle” before picking apart the true intentions behind the creepy shit that men do and veil it in “chivalry,” while also not letting women off the hook for their embracing of cringy “Rosè All Day” t-shirts and calling each other “hookers” and “whores” as opposed to building each other up. Cumming’s highly energetic and well-crafted hour was delivered with tactical precision, based in empowerment, and once again showed us why she’s such a goddamn power player in stand-up. The special had already reached reached “baller” status by the time she brought out a robot emulation of herself, but somehow the sheer novelty of it made the special even better.

Mike Birbiglia, The New One

It wasn’t Mike Birbiglia’s first rodeo, but The New One may very well be his best time in the saddle. With his latest critically-acclaimed one-man show, Birbiglia once again bear hugged viewers and brought us deep into the details of his life — first from the perspective of someone apprehensive to bring a child into the world, to a father-to-be, and to the eventual next step of raising a child — with unparalleled verbal illustration. Showing not only a vulnerable side, but also remaining brutally honest and transparent in his stories, Birbiglia brought viewers on a journey through a roller coaster of emotion, all the while keeping us strapped in with his fluctuating stage energy, innate storytelling abilities, and his unwavering skill to leave one point of a story for a detour, only to return to the original path with olympic precision. Obviously, every special out there has a unique and personal flair injected by its creator, but what Birbiglia has done with The New One puts him in a league of his own.

What makes The Tennessee Kid such a good, well-rounded special isn’t any sort of rock star stage entrance, or a spastic and energetic delivery, because that isn’t Nate Bargatze’s style. No, what makes this special one of our favorites is the entirely too relatable, yet totally off the wall observational comedy that makes up Bargatze’s latest hour, and shows off his greatest skill behind the mic. His deadpan delivery only adds to the quality of each story he tells, and the quality of how each story is constructed and presented is basis alone for watching the special.

In a time of political upheaval such as the days we currently live in, where the majority of people are looking only for someone to agree with them, it’s not very often you get a hand-to-God, middle-of-the-road viewpoint when it comes to politics. But leave it to Colin Quinn to bring just that to a comedy stage.

Somewhere between the approach of Howard Zinn and George Carlin falls Red State, Blue State, a hybrid mix of stand-up special and history lesson that takes no side, but stresses the fact that while everyone may be different, state to state, and we all realistically don’t even like each other very much, we all have a common desire to live the American Dream. Warning against the high-tension atmosphere of America that could possibly turn into another civil war that will inevitably lead to us seeing the first “fat refugees with jorts, flip-flops and Dunder Mifflin t-shirt,” Quinn uses his blue-collar swagger to deliver an impassioned update on where he fears we’re heading as a nation, all the while keeping it light and easy to digest.

Let it be known that Jenny Slate delivered one of the most organic stand-up specials of the year with Stage Fright. With her energy exuding from the opening credits, Slate wasted no time getting the crowd psyched up with her intense stage presence. While a documentary aspect of the special adds an uncommon yet incredibly valuable element to the special, as interviews with her family and are woven in and out the material every so often, Slate’s true power lies in her ability to balance a high-strung stage presence that flies into so many different directions with her willingness to be so open and honest about who she is as a person, which inevitably tails back into her high-energy and stream-of-consciousness approach. While the two elements are complete polar opposites in terms of pace and mood, they both show very different sides of Slate, which proves to be an incredibly rewarding and interesting journey through the mind of one of comedy’s most hysterically funny players.

Ian Edwards is a stone-cold killer on stage, and has been for quite some time. But what highlights his debut stand-up special, which premiered on Comedy Central in July, isn’t just the material that made up the hour, but it was also the approach he took in delivering the ideas found within the material.

Utilizing the format of a TedTalk, Edwards wanted to tackle topics not generally covered by speakers welcomed to the forum, so he took the opportunity and ran with it, and what came of the melding of the two worlds is something to be applauded. From being “pro-ho” to appointing televised riots as “the black people’s shark week,” Edwards didn’t tip-toe into anything, and that’s what makes him so great at his brand of stand-up. He’s going to say what he wants to say, and it’s always funny. This special was entirely overdue, but all the time is the perfect time for an Ian Edwards special, as this special will prove, so we’re okay with it taking so long to happen.

Roy Wood Jr., No One Loves You

Anyone familiar with Roy Wood Jr. knows that he’s going to keep it real from start to finish, and that’s exactly what he did with No One Loves You. Tackling a myriad of social topics, as well as his love for McDonald’s, with both “real talk” and gut-busting detours, what truly makes this special so damn good is how the Daily Show correspondent was able to find the balance between social awareness and finding a comedic vantage point where he’s able to dissect aspects of certain topics, like the civil rights movement and how the words and actions of Martin Luther King Jr. have somehow evolved into protesters throwing balloons full of piss into crowds, and turn them into jokes that not only make you laugh, but also make you think about things from a different angle.