‘Star Wars: The Rise of Skywalker’ Spoiler-Free Review: ‘Return of the Jedi’ redux 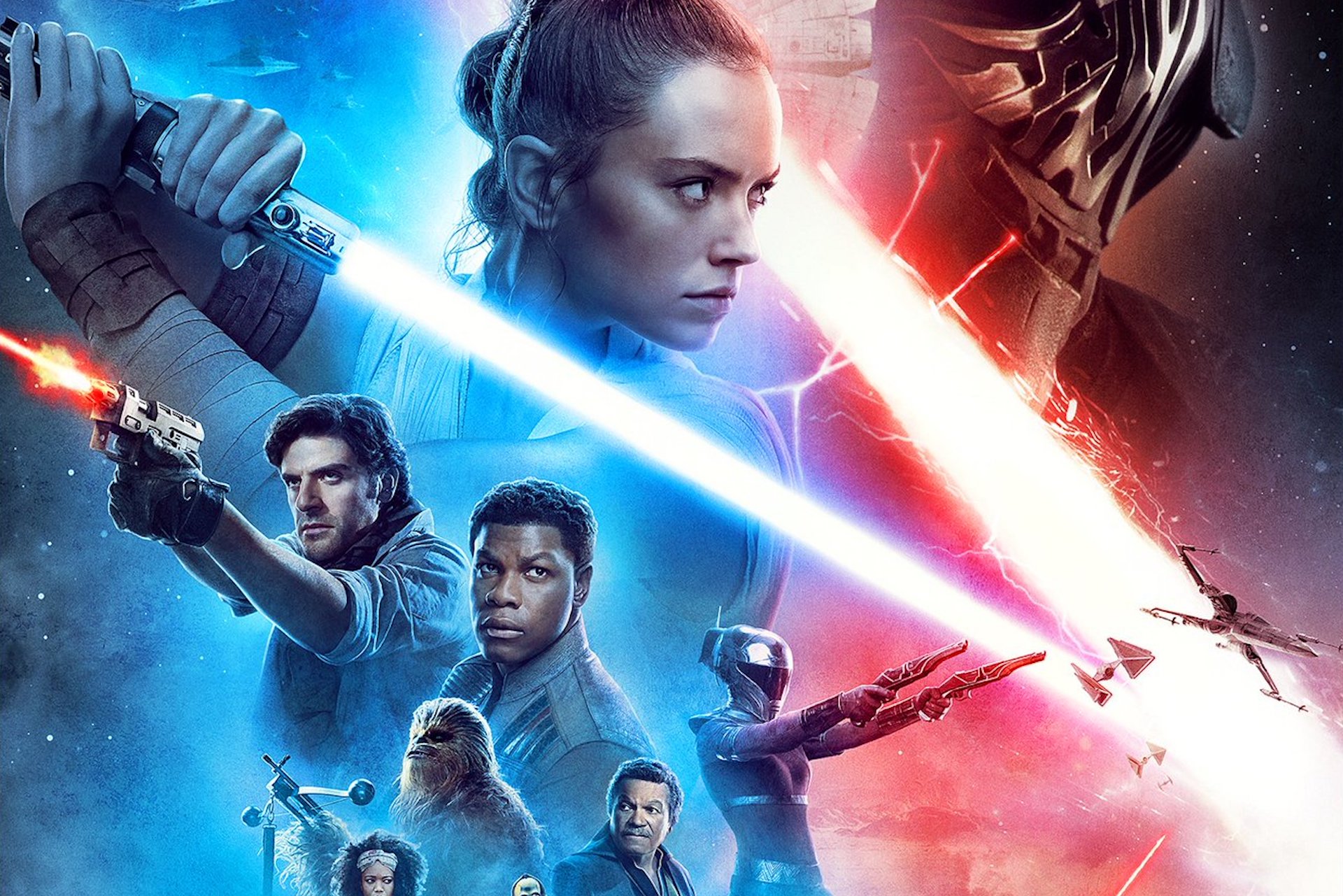 Note: This is a spoiler-free review, so if you’re expecting any plot details, you’ll have to find some other hive of scum and villainy from which to get them.

Your reaction to JJ Abrams’ Star Wars: The Rise of Skywalker will depend on a number of factors. If you were a big fan of Rian Johnson’s Star Wars: The Last Jedi, I want to go ahead and tell you to steel yourselves for disappointment: It’s about as bad of a sequel to Johnson’s masterpiece as you have feared. Abrams’ new film feels often like a point-by-point rebuttal of that film’s ethos, and it feels fan-driven in a way that some might consider gauche, as the things that Johnson rejected are often major points here. The movie often feels like it’s attempting to cram in both Empire Strikes Back and Return of the Jedi into one two-and-a-half-hour period, and as a result, it has a breakneck pace that feels decidedly at odds with the rest of the franchise. This isn’t going to challenge you or the conventions of Star Wars in any meaningful way, and it feels as if Disney’s shareholders were driving the plot points here in a way that they weren’t with that film. The good news is that The Last Jedi does still exist for those who love it, and I’d argue that its messages are the thematic conclusion that the series deserved. The Rise of Skywalker, on the other hand, has a fundamentally different task on its hands: It’s trying to tie together three disparate trilogies into one fundamental whole.

And on that level, it’s actually pretty good. As a conclusion to the Skywalker Saga, as the whole of Star Wars has come to be called, The Rise of Skywalker is stronger than it might look at first glance and provides about as competent an ending that one could hope for from such a sprawling, weird saga. There are echoes of the best of the prequels here: The high-flying, Wuxia-styled lightsaber fights, the corrupting influence of Palpatine making itself manifest in all number of things, the tangible Jedi and Sith mysticism. The original trilogy’s camaraderie is still here, the propulsive and compelling storytelling influence that those films have on this new trilogy is resonant, and Abrams’ commitment to practical effects still works wonders at achieving a sense of tactile realism and alien wonder in plenty of scenes — an alien festival, a bar chockful of colorful characters. The new trilogy’s leads are once again very charming and swell when they’re put in situations together, and I think people who have grown enamored with them over the course of these few movies will appreciate where they end up. And, again, Abrams is an exceptionally capable director of action and of actors, so the film goes down easy, even if you’re struggling with some of the plot’s maneuvering.

If The Last Jedi was the new saga’s Empire Strikes Back, as its positioning (and thematic content) suggested, The Rise of Skywalker is most definitely its Return of the Jedi, a fittingly disappointing but ultimately satisfactory conclusion to this surprisingly strong series of new films. It will likely sate the uninvolved people who just enjoy the movies for what they are — very smart and wit-filled adventure serials — and the most die-hard fans, who accept what Lucasfilm and company have given them as gospel from the minute they hear it, even when it’s seemingly contradictory. It will likely piss off a whole host of other fans (and practically all other critics who appreciated Johnson’s entry), and should stoke the Fandom Wars all over again, and we’ll relitigate this trilogy over and over again, through podcasts and forum posts and convention gatherings and incredibly awkward first dates and such, until, a few years from now, Kathleen Kennedy and company decide to tell more theatrical stories in this universe. In essence, it is a Star Wars movie, and it’s about as good as you want it to be.

One final note: if you’re epileptic or have trouble with flashing lights, I’d recommend you either avoid or find something to help you through ‘The Rise of Skywalker’: A good portion of the film contains them. There’s a good aesthetic justification, so I don’t feel as frustrated with them as when they’re applied carelessly (‘Jurassic World: Fallen Kingdom’, ‘Incredibles 2’). But it’s still worth a warning.