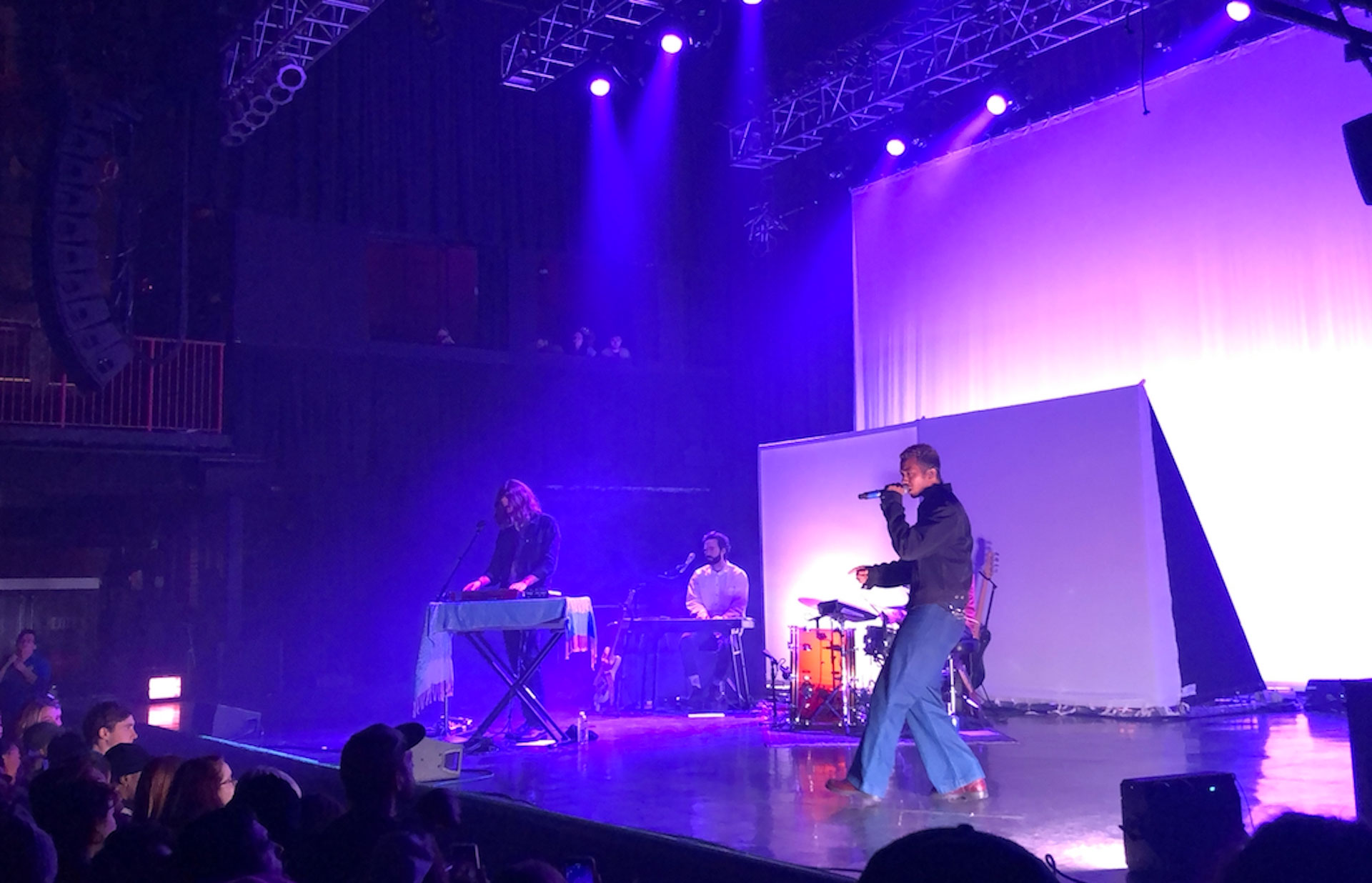 Watching singer, songwriter, and producer Chaz Bundick – better known as Toro y Moi — gracefully mature as both a performer and frontman has been utterly gratifying. His debut album, 2010’s Causers of This, introduced us to a not only crooner who executed lyrics with a crushed velvet delivery, but also someone who retreated into their craft.

Subsequent records like Anything In Return, What For? and Boo Boo slowly broke the mold and served as bold markers of his evolution. His discography overflows with experiments; Toro’s brand of electro-pop psychedelia fuses effortlessly into his appreciation of funk and disco. His show this past Wednesday (November 6) at Boston’s House of Blues reinforced his creative progression.

His most recent projects, last month’s Soul Trash and January’s Outer Peace, find Toro at the intersection of hypnotic R&B seduction and electronic desolation. His ability to play up both simultaneously has become his specialty, and Wednesday night revealed that he earnestly embraces this juxtaposition. He was still the hyper-focused musician determined to get every detail correct, but he also showed off his more playful and fun side with confidence.

The steely burn and severity of “New House” was complimented by the hedonism of  “Ordinary Pleasure.” The urgent pleading of “Girl Like You” was cheerfully balanced with the precocious “Freelance.” The smooth sensuality of “Monte Carlo” was followed up by the infectious and pulsating “Rose Quartz.” His catalogue is multifaceted and vast – and it also stays true to the complex nature of art-making.

As Toro stood as the epicenter of the rollercoaster ride, he demonstrated a controlled calm that comes with years of perfectionism. His output has been admirably consistent for the last few years, and with each and every project, it’s as if he dives into a new and more authentic version of himself. Whatever Toro y Moi does next is bound to be unpredictable but innovative — and the world can’t wait for it.