Interview: Marc Almond on darkness and subversion in pop music 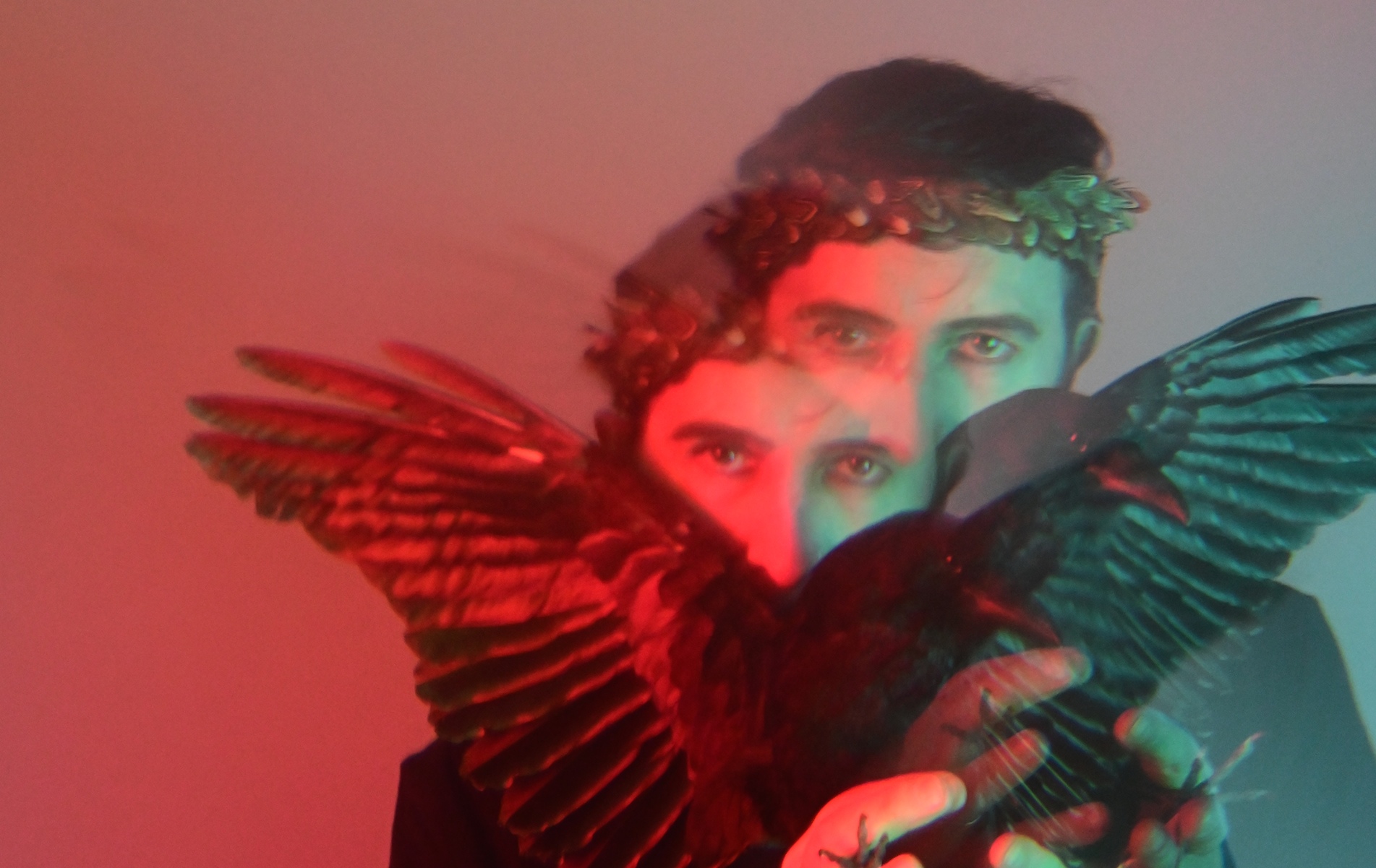 Here in America, we tend to see Halloween as a celebration of things that are scary and morbid; but viewed more generally, the excitement of the season, the reason that, for certain people, it’s their favorite holiday of the year, is due to the way that it combines general merriment with a sly subversion of what a celebration is supposed to be. We eat candy, dress up, and throw elaborate parties, but at the same time we throw the spotlight on… death? Fear? Sadness? Existential dread?

Well, okay, so maybe your conception of Halloween differs from mine; that said, we can all agree that when you are peeling a bowl full of grapes so that unsuspecting rubes will mistake them for eyeballs in the dark, you are feeling the thrill of inappropriateness, making light of the dark while darkening the light. And perhaps you might find yourself doing just that Thursday night (October 31) whilst belting along to the early-’80s anthems of Leeds synth-pop pioneers Soft Cell, when singer Marc Almond appears, along with Hercules & Love Affair and DJ Chris Ewen, as part of Los Angeles party doyen and Lethal Amounts honcho Danny Fuentes’ “Sex Cells” blowout at the Paradise Rock Club.

Here in the States, Almond is primarily known for his Soft Cell hits (and for turning Gloria Jones’ early-’60s Ed Cobb-penned Northern Soul b-side “Tainted Love” into a global synthtone smash); in the UK however, he is a legendary artist with a four-decades-and-going run that has seen him sell 30 million records whilst being appointed an Officer of the Order of the British Empire — all achieved with an ear for a great tune and a finely calibrated ability to hone in on heartbreak and dread at the center of a song.

Vanyaland had the opportunity to pick Almond’s brain on what Halloween means to him, and how darkness and subversion can make a great pop song greater.

Daniel Brockman: We’re very excited because you’re going to be playing Boston on Halloween, as it turns out. Should be very exciting — do you have anything special planned for the show?

Marc Almond: Umm, I picked a set to do that I think fits in with one of Danny’s parties, so — I don’t know really, I can’t say, I’m not going to wear a witch’s costume or anything though! [laughs]

Right, I was curious because in America, Halloween is such a big deal, not sure if it’s as much a big deal for you.

Well, I do know that over here I’m considered a bit gothic, I suppose; a bit of electro-gothic is my contribution to Halloween I think. So I think it’ll be a set that fits in with that, and I’ll try and be as gothic as i possibly can.

I was thinking about that when I was thinking about you playing a show on Halloween, because at least in America, the way people view “the ’80s” and the way we slot in the hits of Soft Cell hits with “goth” or goth culture is kind of odd — how do you feel about that, does that make sense to you?

I don’t really mind, because over the years — I mean, I’ve been making music for over 40 years now, and I’ve done lots of different genres from electro, to kind of post-punk, to rock, to big balladry, to Russian folk, so people are going to hook onto a genre or a period… I’ve always picked kind of dark subjects for my songs, written dark love songs, so I guess I get fitted in to that kind of gothic genre I suppose. I don’t really mind, really, I don’t really mind, but I’m not a big fan of labeling things. People do that but it doesn’t bother me. I think gothic fans are fantastic, I love people expressing themselves how they want to, I think that’s absolutely wonderful.

This tour is a real party atmosphere, and I feel like in a weird way that kind of ties in a lot of what you’ve done over the last 40 years; even when your music has been serious or dark, you’ve always kept a party atmosphere.

I’ve always loved pop hits; even whenever I’m in the midst of one of my more… artistic projects, I always wind up coming back to pop music, I really love pop music, I grew up from when I was a young kid listening to pop music. I had young parents who the radio on all the time, I watched all the pop shows. I always come back to that, I like things with a dancey beat and a catchy chorus. And I especially love how pop music can be quite subversive — you can have dark lyrics but hide it behind a catchy chorus and a dance beat. I’m a great believer in the classic pop song and I always kind of come back to that.

I really agree, especially on the subversive angle of pop music — did you pick up on that as a kid?

Yeah, I mean, I’ve always been more of a Rolling Stones fan than a Beatles fan, if you know what I mean, when I was a kid, because I liked things that were edgy and tapped into things that were a bit darker and a bit esoteric.  When I was a very young kid, watching black and white shows on TV, I was always attracted to the darker things; I grew up in the ’60s and I loved the whole psychedelic era, and then the ’70s with David Bowie and T. Rex and Iggy Pop and Lou Reed and the Velvet Underground — so I’m always drawn to those things. But again, it’s all about great songs, they all had great songs, didn’t they? But with a little bit of darkness in their lyrics, and that was always what I was drawn to.

When I started buying records in the early ’70s, I actually kind of started with prog rock, and I actually liked that a lot; but then David Bowie came along, and for me and a lot of people in my generation, he spoke to a lot of different things. He really kind of educated me, more than my teachers in schools! David Bowie taught you that there was another life out there, beyond this little town in the north of England, and you have to go and find this other life. And Lou Reed taught you about this other life in New York, and it was thrilling and exciting. You’d hear a song like “Walk On The Wild Side,” singing about drag queens and hustlers and things, and it was so subversive.

Now, that’s considered a bad song, because it’s not very politically correct and now it’s kind of — it’s not a good way of expressing things, but I think it’s a fantastic song, and for me, to hear that song played on the radio at number one, with nobody really listening to the lyrics was just an amazing thing. Things like that really inspired Soft Cell when we started making music, like how you can put a little bit of darkness into a pop song.

Do you feel that people nowadays don’t need that sense of desperate liberation from a pop song? Or is it a different type of liberation that they get from a song? Or do they just get it from somewhere else?

I think that everything’s become quite — subversion has become quite mainstream now, so people nowadays are making all sorts of interesting things but it’s all sort of referring back to something that has already been made. It’s like a return to vinyl, isn’t it? People want to get some of that revolutionary thing that happened in the ’60s and ’70s and early-’80s; the early-’80s, really, might have been the last great age of truly subversive pop, original pop.

We love the artists of the early-’80s who took their inspiration from the artists of the ’70s: David Bowie, T. Rex, from punk music, from early electronic music, things in Germany like Kraftwerk. I think people are really desperate to catch some of that feeling now, and I think it’s very hard to be — I mean, it was genuinely shocking back then to hear David Bowie sing songs from Aladdin Sane, for example, and it was genuinely shocking at the time to watch Top of the Pops when Bowie put his arm around the lead guitarist — I dunno, it was just “Wow!”, it just wasn’t done on television! And you can’t explain to people the shock that that was for people at the time.

There’s such a political correctness now as well; you just can’t say things like you used to, like people say that “Walk On the Wild Side” is a bad record and shouldn’t be played anymore, because it doesn’t talk about people in the correct way, uses terms for drag queens and — it’s just very hard, we’re just really bound and have to say the correct things now. I get it, but I think it’s a shame, in a way.

That record, for decades, for generations, kept exposing people everywhere to a world that they’d never have firsthand experience with, and in that sense it’s such a crucial record, besides the fact that it’s an amazing song. I guess it’s hard for pop musicians to keep showing people a new world over and over again.

Yeah — that is the challenge. 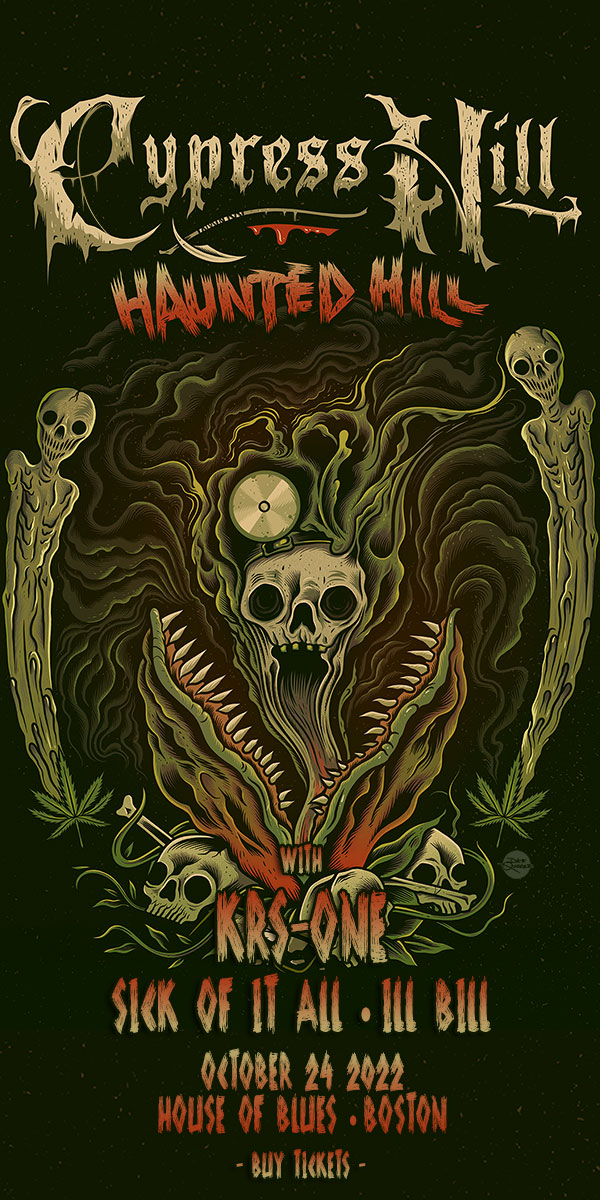