Kelly MacFarland is drawing inspiration from all the lucky feels 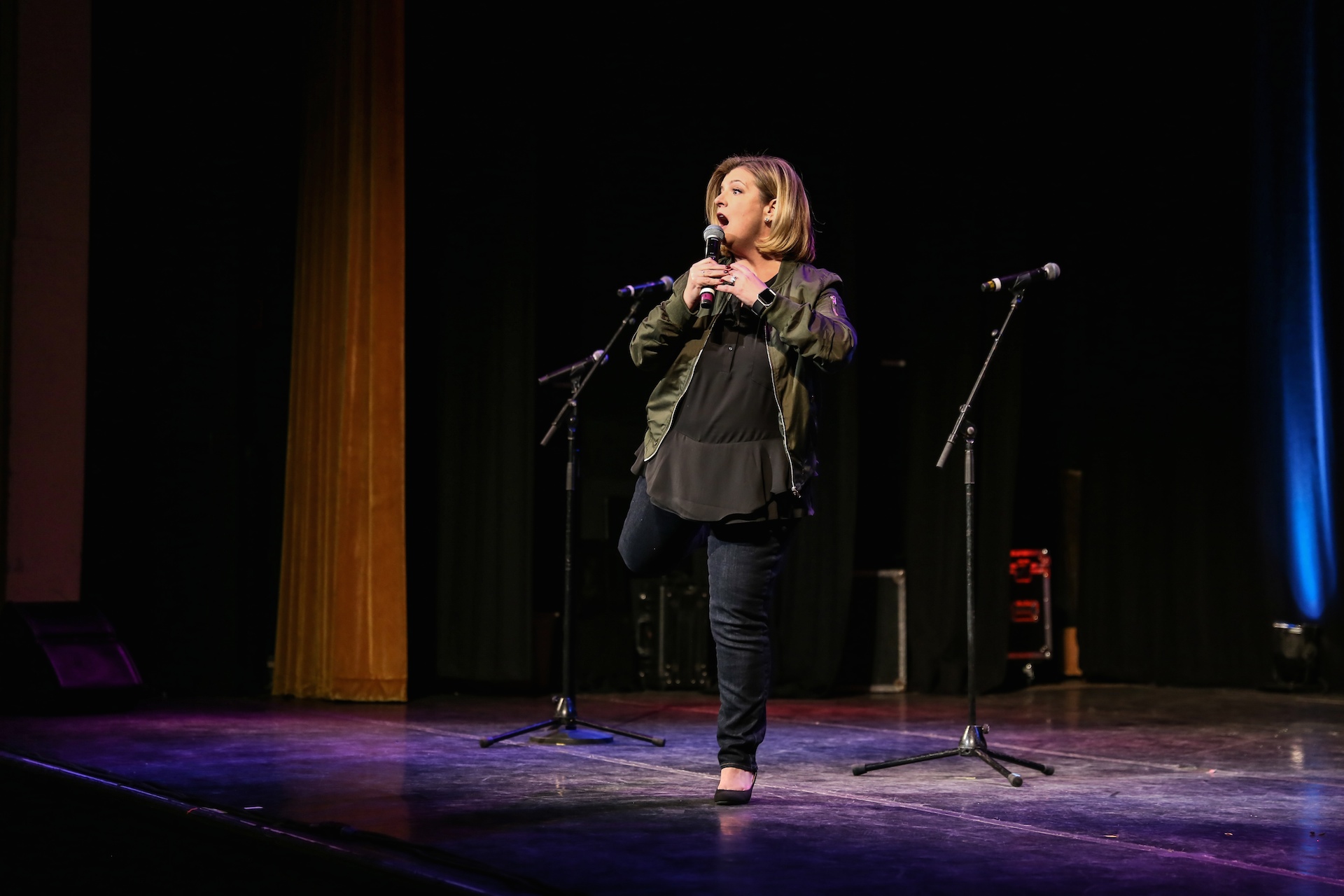 Before the stand-up vet hits TD Garden for Comics Come Home 25, Nick’s Comedy Stop will get a Friday night dose of her new material

By no means is Kelly MacFarland a stranger to Nick’s Comedy Stop, but even after a number of headlining gigs at the Boston club over the course of 20 years in comedy, there’s still a bit of a challenge that she’s always ready and willing to embrace to this day.

Working toward the hour that will ultimately make up her third stand-up album of her career, MacFarland brings some new material along with her to Warrenton Street on Friday (October 25), and while she’s more than excited to try out some of said new material, she’s also looking forward to just basking in the atmosphere that has made Nick’s such a staple in the Boston comedy scene over the years.

“I always like going back to Nick’s, because it can be a little rough and tumble, and the crowds can be a bit rowdy, but I don’t hate that,” MacFarland tells Vanyaland. “It makes me work a little bit harder, and it’s good to kind of sweat it out sometimes. There’s also a bit of a pride thing there, because the club does have such a rich history.”

While she’s looking forward to what she has in store as she kicks off the weekend at the storied club, MacFarland also has a much larger room coming up in her docket, as she joins Denis Leary’s All-Pro lineup for Comics Come Home 25. Of course she’s excited to be in great company for the night, as well as help to raise money for a great organization, but MacFarland is also looking forward to being on her A-game to rep the local Boston scene.

“I’ve been around a long time, and when you get asked to do Comics Come Home, it’s not something I take lightly, and you obviously have to represent,” says MacFarland. “Not only because of the fact that there are people who come to this show every single year, but the city of Boston also feels like they own this show, so you either show up or get out. I feel like I owe it to my city to be top notch that night.”

Even as she’s closing in on her first chance to join the annual fundraiser, and it might be easy to overlook everything else, MacFarland isn’t getting ahead of herself, as she still has the gig at Nick’s on her mind. In fact, she sees the two as equal opportunities to slay, and to help reach that A-game level.

“I get excited about every show. I’m excited about Nick’s, and I’m excited about the Garden, but to me, one isn’t more important than the other, because if I didn’t work at Nick’s, then I’d be sitting at home doing nothing, and if I didn’t have the Garden show it would be the same thing,” says MacFarland. “I’m just in the headspace of feeling super lucky right now, because things are going really great, and I feel inspired, and I’m writing, and ideas are flowing. When that’s happening, I really can’t feel anything else besides super blessed and lucky.”

MacFarland is quick to admit that she feels lucky to be where she is now, and while her full-time comedy slate is absolutely jam-packed with shows all over the region, as well as her work with ImprovBoston’s IB Creative team, which uses improv and comedy skills for a myriad of teaching opportunities in the community, she quite simply wouldn’t have it any other way.

“I’m really embracing the fun of being busy,” says MacFarland. “I used to work a day gig where I hated every minute of it, and I have a lot of friends who aren’t in the comedy world who work day jobs and they hate them, so I want to embrace the fact that I’m busy with doing what I love, and I just feel really lucky to be able to do it.”