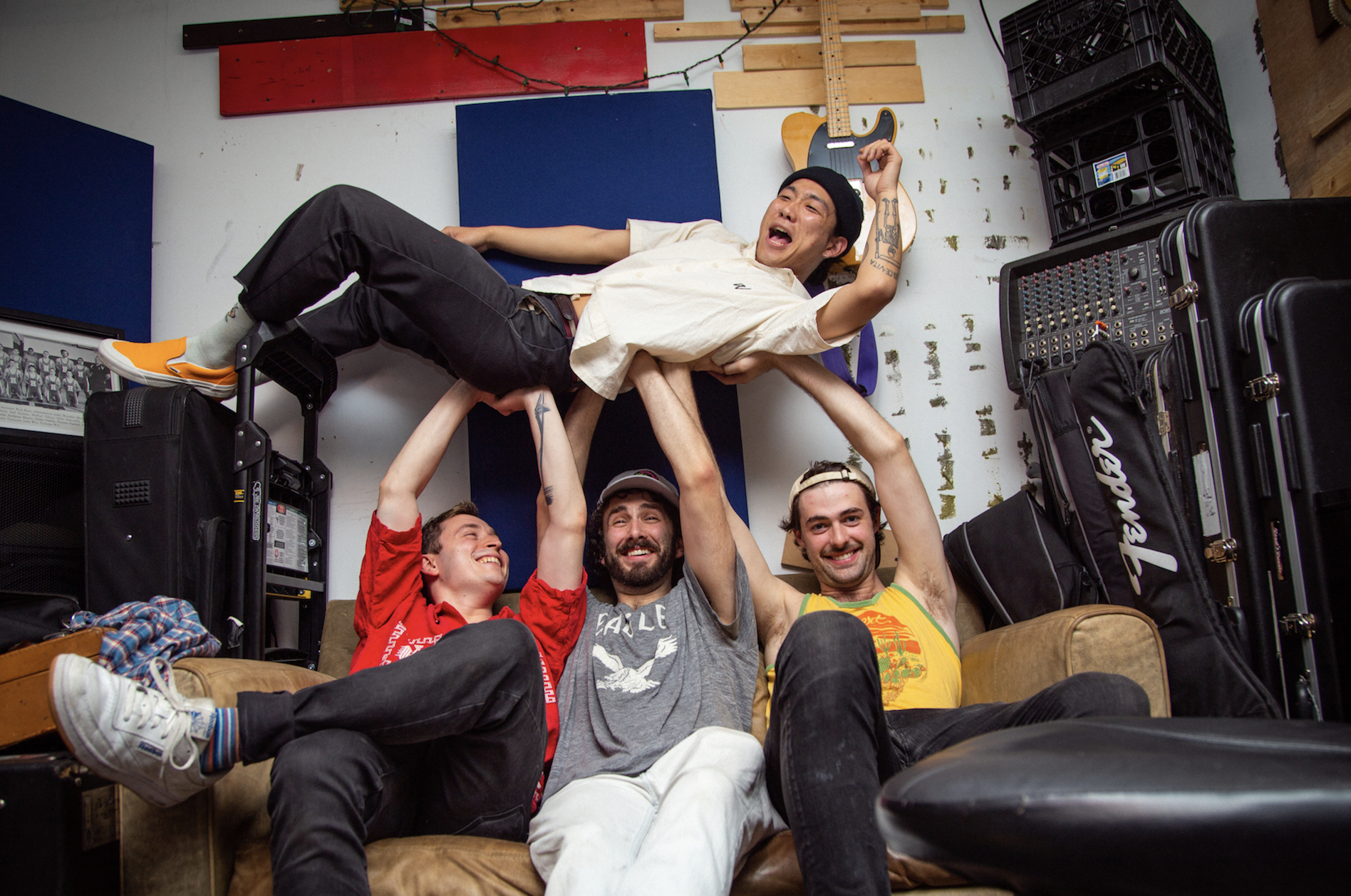 Somewhere in an Allston backyard, Marinara frontman Nick Cortezi was once served some (rather brutal) real-life inspiration for a new single called “Ugly Sleeper.”

Looking towards the release of their record I Feel Like Dog, which drops November 8, the group recalled certain emotionally-wrought experiences in the Boston ‘hood to write “Ugly Sleeper.”

“The song’s a lamentation of friendship lost, shot through one particularly ugly interaction in a backyard in Allston,” Cortezi explains. “For a while, there was a certain solipsism I had to navigate when things went belly up with people. This song still is immature in that way. The chorus is simultaneously an assessment of where things went and a refracted naivety of why it went wrong. When I wished things went different, I needed to investigate my own accountability in the interaction.”

“Soda stains on your shirt / Quit pretendin’ you don’t hurt,” the first verse reveals. Yeah, it’s that kind of desolation.

Press play on “Ugly Sleeper” below, and catch Marinara perform with Toobin, Anonymous Friends, and Kathy Snax on November 7 at ONCE Somerville.