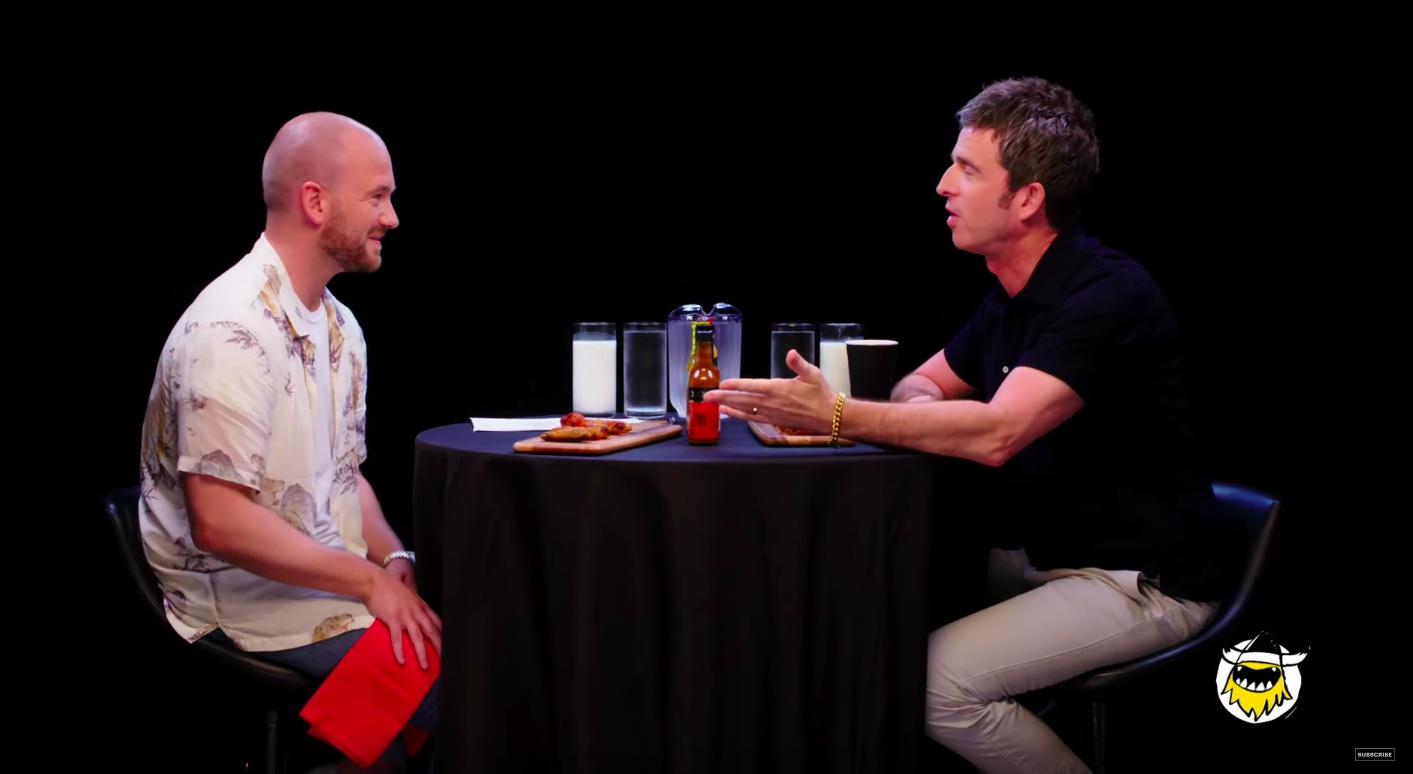 Earlier this week Vanyaland’s Jason Greenough chatted with Sean Evans about the 10th-season milestone of Hot Ones, the wildly popular First We Feast show on YouTube that brings guests on to be interviewed while eating some really hot chicken wings. Over the years Hot Ones has welcomed the likes of Idris Elba, Billie Eilish, and Kevin Hart, but today (October 3), Evans may have met his match by sitting down with Noel Gallagher.

Nursing a “raging hangover” from the previous night’s Noel Gallagher’s High Flying Birds’ show and proudly armed with beer, milk, water, and “a load of enthusiasm,” the former Oasis guitarist remains a good sport as pushes the limits of his own personal spice level.

We won’t ruin the fun by spoiling what happens in the video, but let’s just say Gallagher is no stranger to breathing fire. Here’s the video synopsis:

“Noel Gallagher is a rock ‘n’ roll legend formerly of the band Oasis, and currently with Noel Gallagher’s High Flying Birds — “This Is The Place” is their newest single and EP. But how is he with spicy food? Find out as the Manchester-born musician faces off against the wings of death and unleashes his no-holds-barred wit on a whole host of topics: The rise of Manchester City Football Club, Kanye West interviews, meeting Hulk Hogan, the state of UK hip-hop, and much more. Don’t miss out on a very rock ‘n’ roll Hot Ones!”

Married with Chicken? Nah. Just go ahead and Roll Wing It!